The review machine is at system software 2.02 but started off as a virgin 1.00, and there have been changes. The past versions are now irrelevant as without the latest version, you can’t use the PSN, PlayStation Store, SEN, Near etc. etc., making the machine somewhat pointless.

The system software is basically the operating system (OS) for the device and its GUI (graphical user interface). The underlying OS is a UNIX-like core based on FreeBSD. Originally the console was to have an Android OS core, which was changed for unknown reasons after the initial NGP reveal. However it is clear that the Vita OS was designed to be rather Android-like which is rather blindingly obvious the moment you think about how the menus are working if you have ever had a good play with an Android phone or tablet. Of course when you install the PlayStation Mobile runtime environment, those Android-like parts of the Vita OS come in handy as it basically has to emulate the mobile OS to run PlayStation Mobile games. 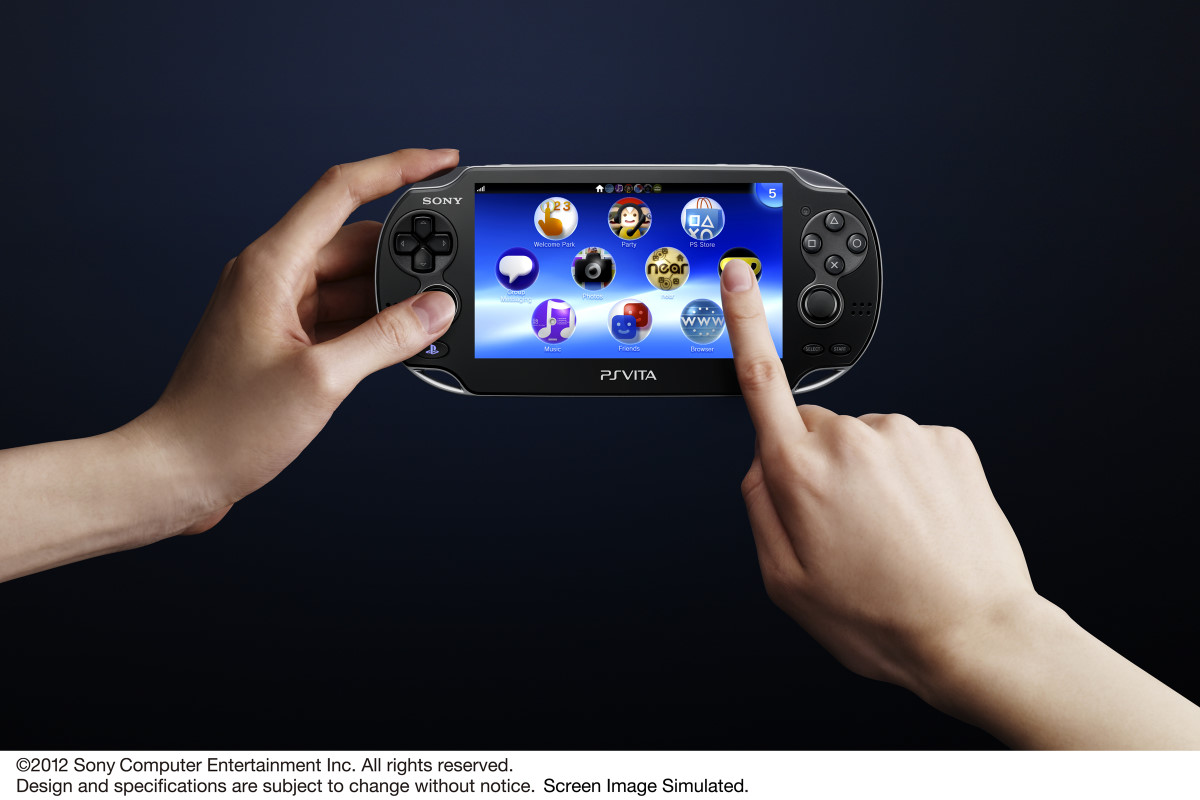 The menu system is very touch screen friendly (though you can now navigate with the buttons too now), and completely configurable. Mine is currently a disorganised mess due to the fact I thought the machine was off when I took the memory card out for the photos only to find it was in standby and the database rebuilt itself. As a result my app and game icons are all over the shop!.

There’s another top Vita owning tip – Don’t remove your memory card unless you are completely and utterly sure the machine is off. You could corrupt everything on there, and that, you do not want, so not “hot swapping” memory cards, capiche? (It IS safe to swap memory cards once the Vita is switched off and you can use an unlimited number of these to boost storage capacity – Ed)

The good news is that the menu screens are totally customisable. You can move around the icons to heart’s content and change the backgrounds on a whim, even the welcome screen when you first boot or wake the machine up, which you then swipe down to access the menu proper. The various apps and games are presented across the swipe up and down menu screens as circular icons, as you have probably seen in many a photo of the Vita. Also there is a bubble right in the top right of the screen to inform you of your notifications, such as Near finding game goods (unlocks), messages and the like.

Using the Wi-Fi in the machine is pretty straight forward, and the 3G is also easy to use (though is of NO use for any form of online gameplay, I warn you.) Actually let me reword that – the 3G is very easy to use once it’s all up and running. I had problems left right and centre with Vodafone, even with the specific top up system in the Vita. However, if I popped my Virgin Mobile SIM in from my phone and used my 50p/25Mb a day option it worked seamlessly. To be honest I get the feeling the Vita should have been a 4G device really, and suspect a 4G version won’t be too far away, and I just hope one of the options for that mysterious connector on the top is a 4G connectivity module.