With today (6th December 2013) being the first birthday of Vita Player, it sort of makes sense to update this review today.

Since the original review was published on the 14th February this year, one major change has of course come to pass in that the Playstation 4 has now been released. Unless you have been under a rock for the last few months you will be aware that the PS Vita can be used in a second screen type scenario with games that support it, but perhaps more interestingly, remote play has been given a major kick up the backside for Sony’s new baby.

On the PS3, remote play, via the PSP and the PS Vita was an add-on that game developers had the option of supporting. Most didn’t, which was a shame. However with the PS4 the option is taken away with the remote play function being a standard on the machine that only the use of PS Move or another future accessory we know nothing about may break. You want to play Killzone Shadowfall, Knack or Call Of Duty Ghosts on the PS4 via the PS Vita? Well you can regardless of whether the software developer chose to let you or not. 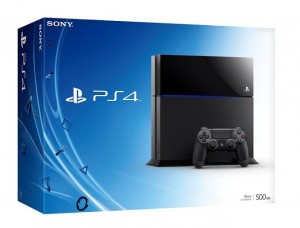 This, of course, is an extra string to the PS Vita’s bow (and that of the PS4, too) and makes the PS Vita a very appealing add-on product for those lucky enough to own a PS4 thus far, especially with some of the stellar deals being offered by retail in the UK on the PS Vita hardware – especially, currently, those involving a 16GB memory card and the download of Tearaway!

The software development side of things still seems a little sluggish, though things are certainly moving in the right direction and independent developers especially are coming to the PS4 and PS Vita in droves. Indies however are bringing digital games, and the release schedule for physical games on PS Vita cards looks decidedly thin – and decidedly Japanese with many titles coming from Japan in the next few months especially.

Sony have also repeated the mistakes made with the vita regarding it use as a media player, and then some, on the PS4 with it having basic requirements like the ability to play MP3s and connect over DLNA for streaming and proper YouTube support missing at launch, though these will be corrected via a firmware update in the not too distant future. One does have to ask though, where’s the firmware update to bring the PS Vita’s media capabilities in line with expectations of anyone wishing to put MP3s on the device, let alone the other “easy fixes” to concerns raised in the original review.

However all that said and reviewing how things have changed since February, and looking at my conclusion to the original review I have felt compelled to revisit and re-evaluate.

I always really wanted to recommend the PS Vita. The machine is brilliant at a hardware level, there is no denying that. Yes a few tweaks to the system apps especially in the media area are desperately needed. Memory card prices have come down quite drastically, though perhaps not quite as low as they need to be.

The crux of the matter is the games, however, and with so much having come out that almost everyone may well have missed due to them being digital only in most cases, even Sony Computer Entertainment’s total inability to get the point of the PS Vita across to it’s customers and illustrate the huge catalogue of games you can play on the machine cannot detract from the fact that if you can’t find ten games, or more to play on the PS Vita and love playing, then you need to open your mind to other genres of gaming away from the acute focus you must have.

Then there is the advent of PS Vita TV, and only an idiot can’t see that such a brilliant move can do nothing but result in more gaming content being developed and cause the amount of streaming content to balloon.

To put it simply;

If you don’t have a PS Vita, you can’t play a fantastic mobile iteration of Little Big Planet that can share the PS3’s LBP2 add-ons.

If you don’t have a PS Vita, you are missing Tearaway.

If you don’t have a Vita you are missing the sublime Wipeout 2048 – now with all the Wipeout HD and Wipeout HD Fury content available as a download (which is free if you own HD/Fury on the PS3!)

If you don’t have a PS Vita you may be able to remote play from your PS4, but lets face it without the dual analogue controllers it’s gonna be clunky.

If you don’t have a PS Vita yet, and you are thinking about it, for heaven’s sake don’t wait for the slim one with the downgraded LCD screen as the OLED on the standard model is fantastically gorgeous.

Still don’t have a PS Vita yet and you are reading this, then bloody well stop and go and pick up one of those bargain offers on the hardware immediately!

Why don’t YOU have a PS Vita? I do, and it’s fantastic!

(One decent firmware update could take it to a 10!)