We have a dedicated team of writers here at Vita Player who are just as passionate about the PS Vita as you are. With gaming experience dating back to the dawn of home computers and games consoles and years of professional journalism under our belts, we have the experience and passion to bring you a site we hope you’ll enjoy. 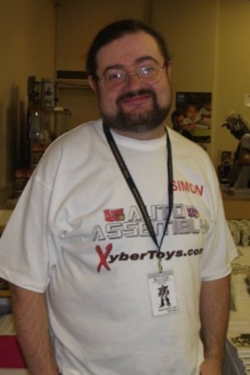 Simon has been playing games for a long time… a VERY long time. His first gaming system was one of the early Pong clones released in the 1970s and hasn’t stopped gaming ever since, owning everything from a Commodore Vic 20, Commodore 64, several Amigas, a PC Engine, various handhelds and consoles from Nintendo and Sega, and every incarnation of the PlayStation since its launch in 1996 and currently has a collection of over 50 working consoles and computers, much to his wife’s annoyance.

Professionally, Simon has been writing for various computer magazines and websites since the early 1990s covering everything from video and computer gaming, retro gaming, the launch of the original PlayStation, computer shows, and everything in between as well as writing for science fiction, health, sports and other publications. With regards to Vita Player, Simon is the Site Editor and resident PlayStation Mobile afficionado having something of a fondness for the smaller indie titles and has been spearheading our ongoing campaigns supporting the much-maligned format.

Away from gaming and his freelance writing career, he is responsible for organising Auto Assembly, Europe’s largest Transformers convention while still trying to spend as much time as he can with his wife and daughter. 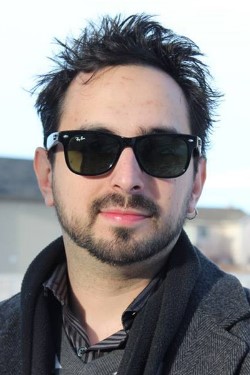 Marcos Codas was born in Paraguay (the heart of South America). He moved to Canada at age 17, and has been living there since. A self-educated musician, producer and designer, Marcos spends most of his working time helping growing artists and brands develop their identity. He has been a fan of portable gaming since his friend Victor showed him Mortal Kombat II on the original Gameboy in the early 90s.

While Marcos’ own history in gaming began with computer games like the original Prince of Persia and Duke Nukem 3D, he now games exclusively on mobile and portable devices.

A fan of JRPGs and platformers, Marcos prefers to play single player experiences, but loves sharing thoughts and engaging in debates with other members of the gaming community. 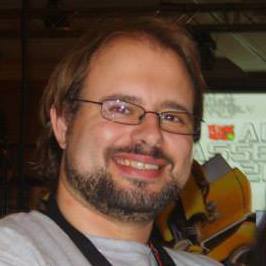 Born in Birmingham in 1975, and never going too far afield, Sven has almost 24 years of retailing under his belt with retailers such as Mr. Disk, Electronics Boutique/Game/Gamestation and HMV, selling gaming formats from the Amiga 500 onwards, after cutting his teeth on various 8-bit home formats in his youth.

Active in a few fandoms over the years, Sven’s writing has appeared in Area 51 magazine, Model & Collectors Mart, TV Film Memorabilia and he still writes the Amiga column in the weekly Micro Mart magazine here in the UK, and has been since 1999. Away from writing Sven has had some major involvement in events in the UK, including founding and guiding Auto Assembly through its formative years. Sven also heads up the GeekologyGB YouTube Channel

Mainly an Amiga(!),  PS3 and Vita player, Sven has a great deal of experience of computer and video gaming over the years as a player, a retailer and a father of 4 (aged 9-18) bringing a somewhat eccentric and unique viewpoint to his prose. Sven’s three sons are also avid gamers with his eldest, Will (PokefanW), being the “retro” guy at YouTube group cookiegamingmen, and Dan having his own YouTube channel too.

Could you be the next member of our team? We are looking for more writers and news staff so get in touch NOW using our contact form!