Then there are the granddads of the current game generation. A large number of PS One games are available to download from the PlayStation Store that can be used on the PS3, PSP, and now the system software is capable, on the Vita too.

The good news is that Sony are even bringing PS One titles that never got a disc release in the UK and Europe to the European PlayStation Store (though there are still glaring titles missing that ARE on the Japanese and American PlayStation Stores such as R-Types!). Titles I have in my Vita include the original Wipeout, MediEvil, and Metal Gear Solid. I would dearly like to see Wipeout 2097 re-instated to the store, as it is no longer available due to incompatibilities, and Wipeout 3 Special Edition would be nice at some point! R-Types is a title that could just be copied across from the USA store frankly (do EU PlayStation Store titles really need to be language localed for 17 languages?) and there are a couple of hundred titles out of the thousands on the PS One that would be welcome.

Sony have started an exploration into the world of Android support with the PlayStation Mobile programme, and the accompanying PlayStation Mobile Runtime environment to allow such certified Android apps to operate on the PS Vita. These are essentially Android games and apps that have met certain quality controls and designed to work via the PlayStation app on “certified” Android devices, which shockingly include non-Sony products from the likes of HTC but doesn’t include all Sony Android devices. However it does mean some cheap products for the Vita. These products are not going to stretch the machines hardware by any means, however it’s working within restricted hardware profiles that produced many of the classics of yesteryear. 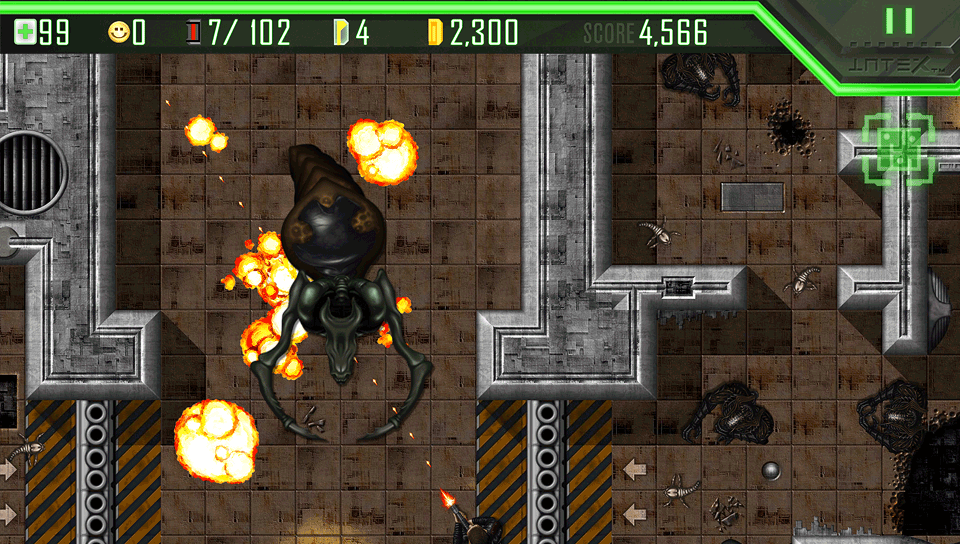 This is borne out by the fact that I have Alien Breed, Lemmings and a game called Life Of Pixel (which I have reviewed here on Vita Player) on my machine. Though I must say that Team 17 have now announced that Alien Breed is coming as a full blown Vita release, and one had to wonder quite why Lemmings hasn’t followed Wipeout and Super Stardust out of the stable door and onto the Vita in full blown fashion, perhaps using the cameras just as the PS2 version used the EyeToy. Other products of note include Beats Trellis, a music making program and the rather bizarre Samurai Beatdown musical rhythm title.