Over the last few years we’ve seen apps and services gradually disappear from the PS Vita. Despite the initial push given by Sony to the console at launch and the hype that was given to its power not only as a games console but as a portable multimedia device, you’d find that hard to believe when looking at what has happened to the platform over the last few years. Most of the promised services have failed to materialise or have been limited to a select few territories and those that have appeared have been removed and support has shifted to the PS4 where Sony Interactive Entertainment’s priorities now lie.

It’s not all doom and gloom though as many services that were once thought lost can still be accessed, just not in the way Sony intended us to using the Vita…

Despite being the world’s most popular free streaming video service, there’s no native PS Vita support for the console and its one of only a couple of devices in that position (the other being Amazon’s range of Fire TV devices now that Google are withdrawing support for the platforms from 1st January 2018). It’s certainly frustrating for users not being able to access the rich and diverse range of content available, especially as so many game developers make use of it to release trailers of their upcoming releases. However, the PS Vita’s integrated web browser is more than capable of not only accessing the YouTube website but plays back video superbly at full screen.

Similarly, the social media giant had a presence on the PS Vita from day one and then – without warning was removed from the PlayStation Store. In the case of the app it was no great loss as it was rather limited in scope and seemed to be little more than an outlet for displaying and sharing photos and not really suitable for accessing all of Facebook’s functions. Once again, the web browser comes to the rescue and the normal Facebook website is fully accessible to Vita owners that way.

We were never fortunate enough to have any form of comic app for the Vita to read mainstream releases unlike the PSP before it leaving a huge void for the system. The closest we have had to date was Nostatic Software’s Comic Station although that was only available through the PlayStation Mobile platform and limited to freely available comics. 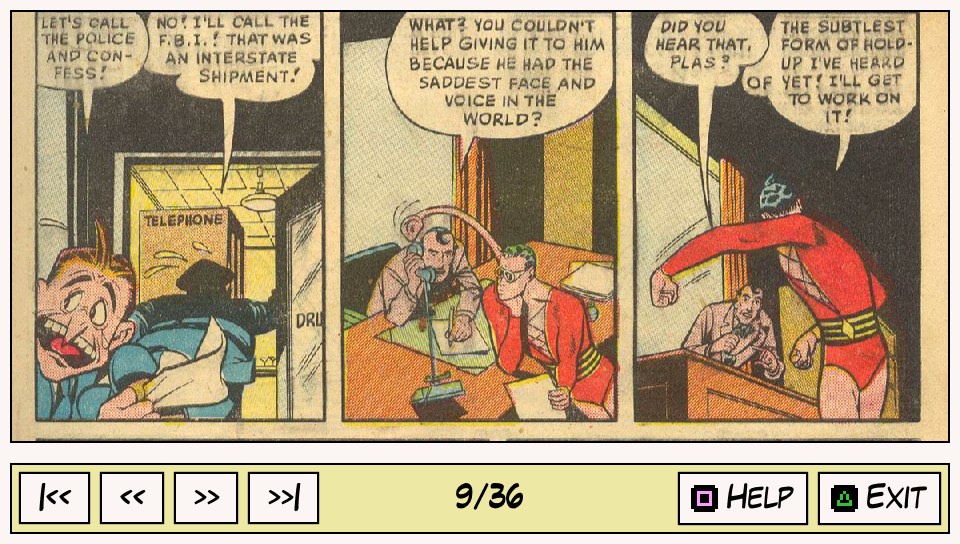 Vita owners in the North America territory are lessed with having access to a dedicated Netflix app for the console but unfortunately that’s as far as it goes globally. Sadly neither can be accessed through their websites either although both give the impression that they will work on first viewing. Frustratingly we can get as far as the menus and even right up to the point of selecting videos to play but then the sites stop as both expect to find additional media player files installed bringing them to an immediate halt. To date, the only one that is available is the anime service Crunchyroll courtesy of the free app available for the Vita.

The PlayStation store seems to be neglecting the PS Vita more and more as well. Looking on the store on the Vita, there have been no new movies offered for Vita owners for some time and new episodes of TV shows seem to be somewhat dated. It begs the question as to whether or not Sony have completely abandoned the console and no new content is available at all. The answer infact is no but you need to do a little hunting around to find what you want… Again, the trusty web browser is our friend here and you need to head over to the PlayStation Movies part of Sony Interactive Entertainment’s PlayStation Store. While you can’t download and directly stream content to the Vita (or PlayStation TV for that matter), videos are still available to rent and buy through the site.

This is a strange one as we have two options at our disposal. We can either use the Vita’s app or for greater flexibility and control we can opt to use the web browser once more. For better integration with the camera and album for screenshots I opt for the app, but tend to swap between both but having the choice is certainly great to have for a change.

Sadly there is very little available here. Once Music Unlimited was removed we were left without a streaming music service apart from TuneIn Radio. Sony’s recommended (and partner) replacement Spotify only works with an acconpanying app and Amazon’s own Music Unlimited also requires a pre-installed file before it will work within a web browser as well sadly otherwise we would have had access to a wonderful music library at our fingertips.

Frustratingly, PlayStation Mobile developers worked wonders in filling in many of the gaps that Sony left with the Vita and there were some fantastic apps released for almost everything you could imagine – calculators, weather forecasting and even translation software but thanks to the demise of the much-maligned format all of this is lost to all but those who invested in downloading them at the time.

It’s easy to see why Vita owners are feeling left out when it comes to the additional functionality that was promised all along. We never expected it to compete with Android or iOS devices that can play a wide selection of casual free to play games, access mainstream media services, news networks or allow us to take our gaming mobile and play online slots at wombatcasino.com but it would have just been great to have been able to hold our heads up and do *something* that our mobile owning friends could for a change without having to jump through a dozen or so hoops to do it.