A piece of news that broke this morning – the 2000 series PS Vita launches in the UK next week. Slightly lighter with an SRP of around £179.99, the machine does “feature” a downgraded screen (LCD rather than OLED). Longer battery life is also a feature with up to 6 hours of use now possible while a 1GB memory card is built in too. The plastic on the machine looks a little more “budget” too, with a distinct air of the “Street” PSP about it. Obviously the manufacturing cost savings mean the lower SRP (the original PS Vita WiFi unit still technically retains it’s original £229.99 SRP), but with the original two models running around at less than £180 with games, it will have little impact.

A recommendation? Go grab a WiFi or 3G model of the original PS Vita as fast as you can, because the OLED screen is one of the major plus points of the machine and losing it is a massive shame. 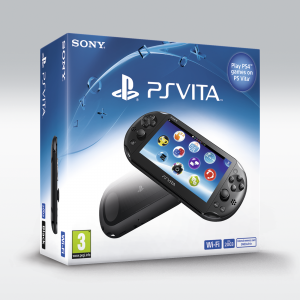