What Size Card Should I Buy?

The simple answer would be to buy the largest memory card that you can afford. It isn’t really as straightforward as that though. Ultimately it depends on how you use your PS Vita and the games that you play. If you have been a PlayStation Plus subscriber then you can expect to need 1Gb – 2Gb of storage per month just to download titles from the Instant Games Collection before you even consider regular purchases, DLC or patches. However, you do need to think about your approach to portable gaming first.

If you are the type of gamer who plays games from start to finish and then is rarely likely to return to them afterwards then the size of the card isn’t as important. The chances are that you’ll be quite happy deleting games once you’ve finished with them. For the most part, you’ll be happy in the knowledge that you can download them again whenever you want to (or use Content Manager but I’ll come onto that in a moment).

But if your main interest is buying retail games then all you really need is space for DLC and patches so a smaller card would suffice. The same would apply for those of you more interested in indie games or retro titles – PS One Classics and PSP games – which take up far less space than major PS Vita titles. And for those of you who have a fondness for Minis then even the smaller 4Gb and 8Gb cards still have their uses.

How Many Cards Should I Buy?

Ideally, owning multiple cards is the best option if you can afford to. The PS Vita and PlayStation TV can support multiple memory cards on a single PSN account. While the consoles don’t support hot-swapping (being able to change cards while the system is switched on), changing cards is simple enough. Doing so once the console is off only takes a moment and all the Vita / PSTV needs to do once a new card is inserted is rebuild its database to ensure that the correct icons are displayed on-screen. This doesn’t affect the card or anything on it and there’s no limit to the number of times that can be done.

There are numerous advantages to operating with multiple cards, the obvious one is increased capacity without the need to continually delete and reinstall titles as and when needed. Of greater benefit is the ability to “theme” each of your cards to make finding games easier. Smaller, cheaper cards become viable purchases if you do own a lot of smaller games. A 4Gb card can store over 100 Minis so organising your cards in this way not only makes the best use of the space you have. It’s also a lot easier finding what you want to play if you have a large digital collection.

Originally the PS Vita operated with a limit of displaying a maximum of 100 icons on its home page, spread across 10 screens. Over time this was changed in two system updates, the first added folders (each capable of containing ten icons) and then a major system update allowing the Vita to display a maximum of 500 icons. This total still has some restrictions – you can only have 10 screens on your home page so you need to make use of folders and retail games and system files automatically take up some of this icon allocation so this is something that you need to take into consideration when managing your memory card(s). As I just mentioned though, this is where smaller cards certainly have their uses.

Problems are still likely to arise for those with large physical game collections. There are many Vita owners with in excess of 400 physical games. Add digital games to this and they are likely to face several problems in the very near future without another system update from Sony or very careful card management. For the majority of users, the 500 limit should be more than sufficient though. 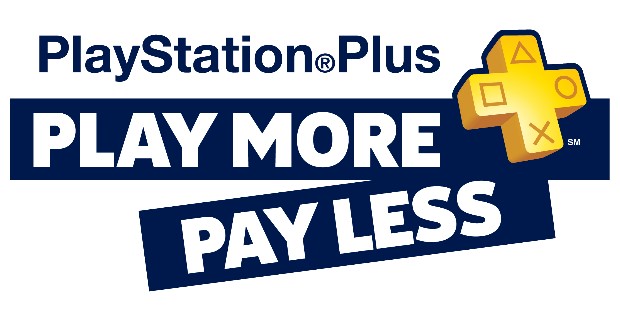 With over 10 million subscribers, the chances are that many of you reading this already have access to PlayStation Plus. When it comes to memory cards, this can also throw a spanner in the works for many PS Vita and PlayStation TV owners. The Instant Games Collection has been fantastic, giving gamers access to a constant library of games playable for the duration of their membership. The problem is that these need to be downloaded and stored somewhere. With two or three PS Vita games each month, this space soon built up. Even with PlayStation Plus coming to an end for the Vita in March 2019 that issue won’t go away.

It’s not unusual for many gamers to simply add titles to their download list to access at a later date. But with the uncertainty of long-term availability of digital games, it’s better to download games sooner rather than later. There is also the added Cross Buy factor. While PS Vita support may officially come to an end soon, we may still be getting free games for a long time to come if PS4 titles are offered that provide Cross Buy support. Our storage concerns may not be over just yet…