Reviewer’s note: while writing this review, developer NIS announced a sequel is planned for Q4, 2017. Yomawari: Midnight Shadows will debut in the Fall of 2017 for PS Vita and, unlike Night Alone, PlayStation 4.

Vita owners already owe developer NIS an awful lot: they bring myriad niche Japanese titles to the west, and Yomarawari: Night Alone simply cements their status as one of the best developers and supporters of the system. The Disgaea games may be their golden goose (a series with which this games shares a strong visual aesthetic), but Yomawari is their crown-jewel. On the face of it, setting an isometric survival horror adventure in a small Japanese town, resplendent in a beautiful chibi art style, seems like an offbeat choice. However, it soon becomes clear that Yomawari is exploiting that feeling we have all had: of being a child, and being out in our hometown in the dead of night for the very first time. Everything’s the same, and yet everything has changed. Yomawari: Night Alone taps into that feeling like no other game I’ve played. 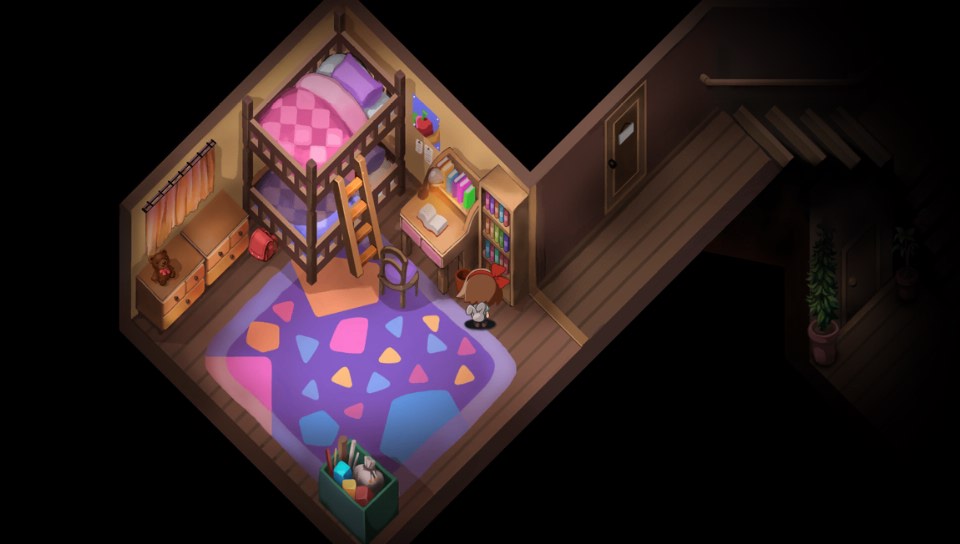 You take on the role of a young girl; your sister and dog, Poro, are missing somewhere around the mysterious town. Torch in hand, you head out to find them. Each night sees you searching a specific area of the town for clues; each major new discovery or event moves the story onto the next night and a new area. The main story beats are handed out as expected, but the bulk of the lore and the background reside in item descriptions and the girl’s journal observations (charmingly, all collected items are described via the protagonist’s handwritten notebook, completed in a child’s hasty scrawl). I appreciate a game that doesn’t force-feed the backstory – it’s there if you want it – it’s strangely Dark Souls-esque in its approach to narrative.

After one of the most effective, harrowing, and darkly funny tutorials I’ve played through, you’re on your way to find your sister and Poro. And, as befits playing as a child, you lack the resources and faculties you need to do this: sure, you’ll find rocks, spades and other items which may or may not be of help; you’ll make scrawls on your hand drawn-map and notepad; and find numerous bushes to hide behind when the going gets tough (it will). But you’re still a child. It doesn’t bode well for our chibi heroine that the beautifully realised town is apparently abandoned after nightfall (police cordons block off roads, missing posters pepper the signposts). I was constantly struck by the fact that, despite the town’s desertion, it still seems incredibly alive: garbage bags await collection outside of houses; vending machines buzz on street corners; a reading lamp flickers in a window. It gives the game a lived-in feeling: it’s as if the populace simply vanished the instant night descended (seems like a sensible idea, honestly). It creates an oppressive atmosphere that permeates the game. Oh, and then there are the malignant spirits that choke the streets, intent on ending your adventure with a shocking smattering of blood. 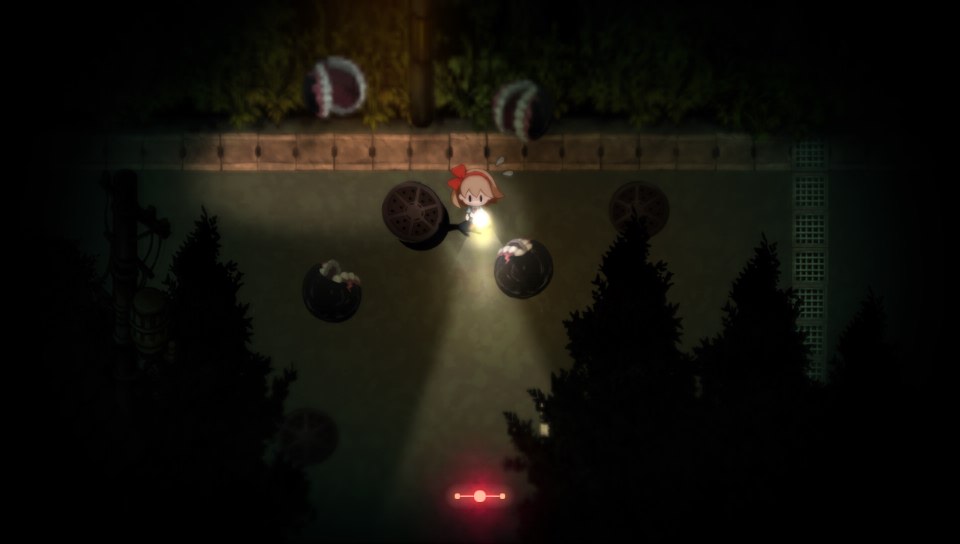 Instead of the entire map being open from the outset, the town is divided into separate areas, each corresponding to a single night’s quest. Each distinct area: the suburbs; the shopping district; an abandoned factory, all feel unique and fully realised. Each area is also patrolled by a unique spirit or guardian. One area, a rice paddy overlooked by ominous cliffs, I abandoned for several hours to avoid the horror wrought upon me by a Grudge-like entity. These ‘guardian’ creatures highlight one of the main through-lines of the game: they bring the horror, as expected, but they also evoke a real sense of sadness and pathos when seen through to their conclusion. I did not expect that from a self-proclaimed ‘survival horror’ game.

And despite my gushing over the atmosphere and presentation, survival horror it certainly is. Like Outlast, there’s no fighting the malignant (or misunderstood?) creatures that stalk the town. There’s run and hide, or just run. Your choice. Your primary tool here is your stamina. In ordinary circumstances, our nameless heroine can run for about 10 seconds before flagging: the more stress she’s under (i.e., being pursued by any number of the game’s Lovecraftian monstrosities), the quicker it drains. It’s a simple mechanic: one that forces you endure most of the encounters hiding behind a bush, waiting for the danger to (hopefully) pass, your character’s heart pounding like a sledgehammer. This is an ingenious wrinkle to this mechanic. Your heart rate acts as a de facto radar, detecting the proximity of danger. As your stamina fades and the danger draws closer, your heart rate will ratchet up to a machinegun-like pace. In a game that is completely bereft of music, and relies entirely on environmental sound, this is a visceral and literal warning of the dangers around you. 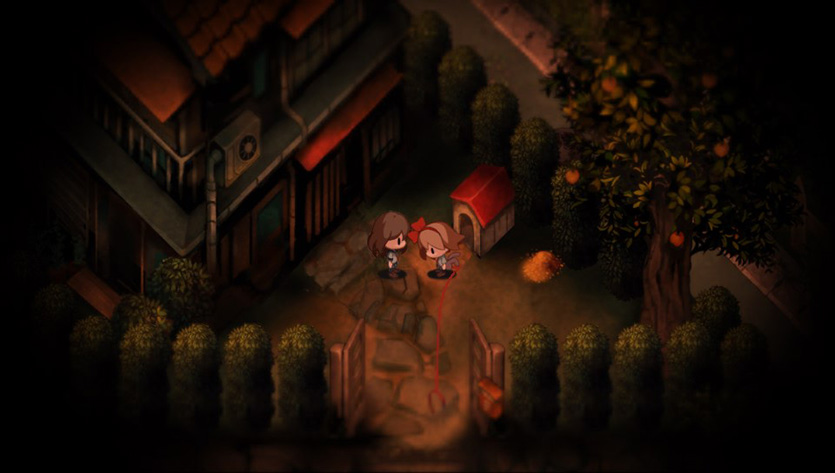 I’m surprised to say this, but Yomawari: Night Alone feels not simply like a great game: it feels like an important game. It stayed with me, and continues to do so. While its gameplay mechanics do nothing new, the depth of the world and the characters populating it make this one of my most unsettling, sad and emotionally engaging experiences I’ve had on my Vita (it’s worth nothing that this is the only game I haven’t even attempted to play on my PSTV: the Vita’s intimate interface fits the subject matter superbly). NIS have delivered a haunting, intimate and beautiful game: if you have even a passing interest in the horror, puzzle or adventure genres (hell, if you simply own a Vita) Yomawari deserves your attention.