Life Of Pixel started it’s life as a title for the ill-fated PlayStation Mobile service way back in 2013. A native PS Vita version was announced, scheduled for release in 2015 but nothing more happened. I’d actually started to think that I was going to have more luck winning a fortune on online gambling sites that seeing this appear! Despite updated versions of the game arriving on other formats including the PC it was only this year when a trailer surfaced for Super Life Of Pixel. But has the wait been worth it?

As with the original, Super Life Of Pixel, it follows our small cuboid hero, Pixel. He’s on a quest to explore videogame history and as he enters a museum filled of retro computers and games consoles he begins to play the games embedded within them. What follows is a nostalgia trip into the retro systems we all know and love of the 80s and 90s. Each level follows the same basic mechanic – a platform game where you have to collect a fixed number of diamonds before an exit opens up. Go through the exit to progress to the next level. Each level has one or more bonus items to collect, some of which unlock more content in the game.

The structure of the game is split up over a number of retro computers and games consoles, with 8 levels for each. You start off with access to only a few of these with more being unlocked as you progress. In all there are 19 different systems from the ZX81 to the SNES, Megadrive, Amiga and many more besides. All of the levels use the colour palettes and screen attributes of the original hardware. A few surprises are thrown in along the way as some are based on actual games from the systems themselves. 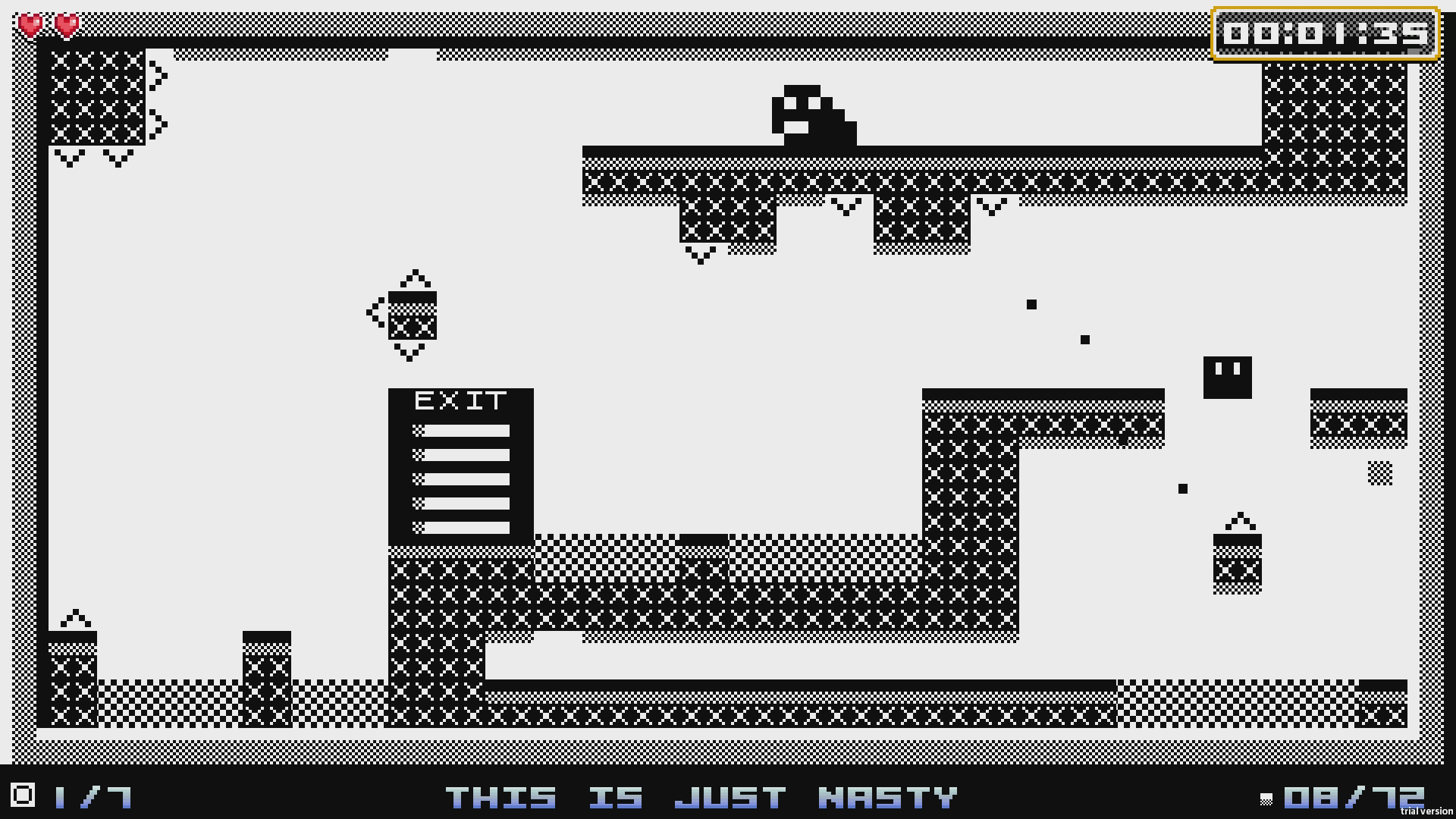 The game first made it’s debut as a PlayStation Mobile title five years ago. The game was perfectly suited to the PSM platform and was widely regarded as being one of the best games released for it. So much so that calls we made for a native PS Vita version almost immediately. Sadly that didn’t happen but it didn’t stop its fans from holding the original in the same high regard as normal Vita platformers.

With any remastered game of this nature, you’d expect to see updates on the original and Super Life Of Pixel is no exception. The most obvious one is the scale of the game. There are now 19 different retro computers and consoles featured in the game drastically increasing the number of levels in the game. In addition, some of the levels themselves have been expanded with new secret areas to explore and bonus objects to collect along the way.

The real enhancement comes with Super Life Of Pixel when you look at the gameplay. Vehicles and special equipment has been added to the mix and these can be picked up on certain levels. These  including the infamous Sinclair C5, a skateboard, a jetpack and many more besides. Each unlocks new twists to the standard platform mechanics but they’re not overused to make the game dependent on them. 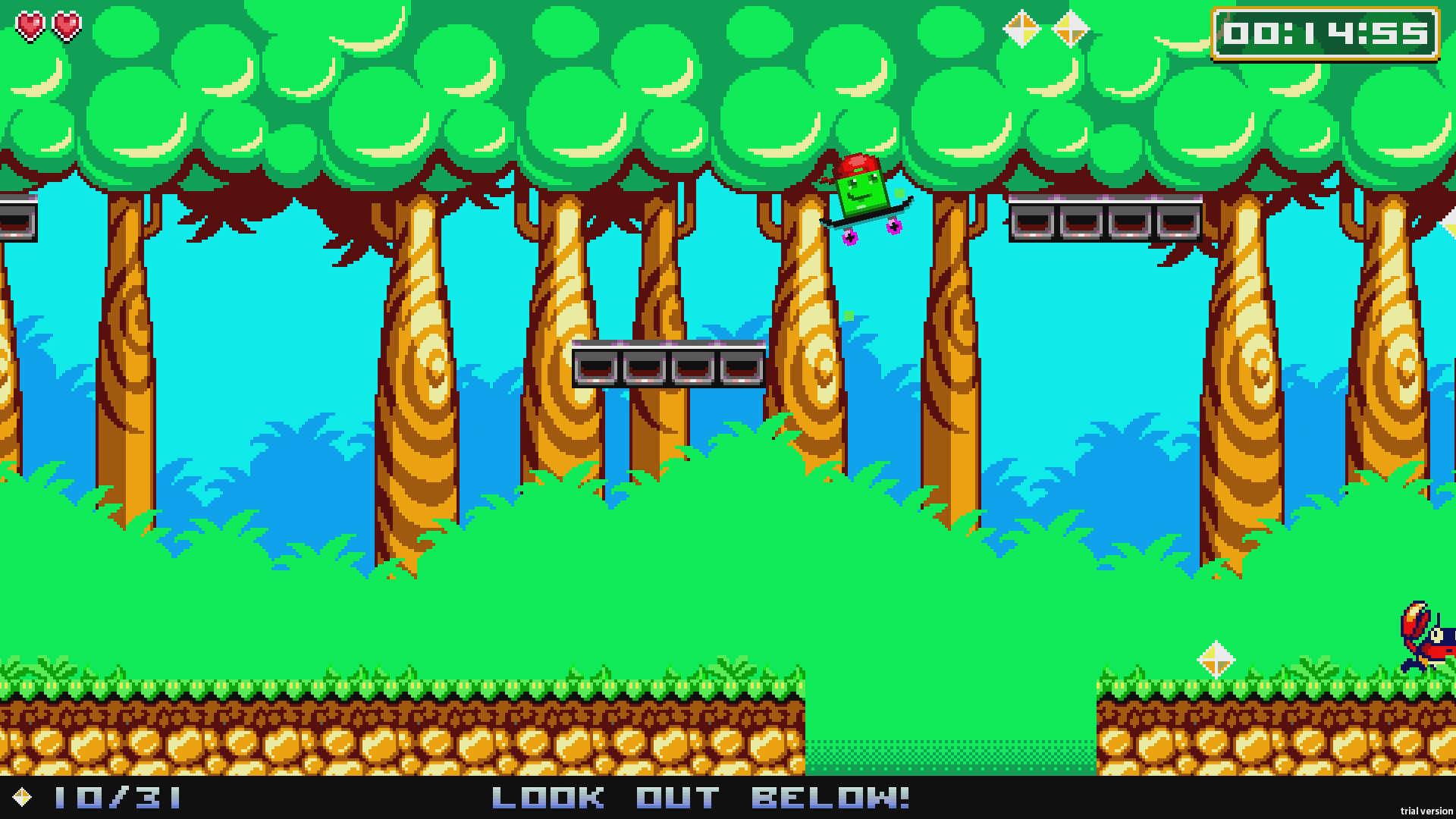 In addition to the expected trophies, the final touch is the addition of a mentor character who appears on each level. When you approach him he’ll offer sage advice and tips for that level including information about new elements added to the gameplay as you progress through the game. Prior to each new system you play, he also provides you with a brief history of it.