When it comes to sport, there’s no getting away from the popularity of football. There are more computer and console games dedicated to it than any other physical activity. Even the early Pong clones had variations of the bat and ball title inspired by the game built in to them. So it’s no surprise to see everyone wanting to be involved in one way or another. Whether its businesses engaging with their local club – such as Casumo sponsoring Reading FC – or kids playing down the park, it’s a game for anyone. Fortunately, the Vita hasn’t been left out and we’re able to enjoy plenty of great titles to share this global passion. We’ve taken a closer look at what’s our there and found our top 5 PS Vita football games… 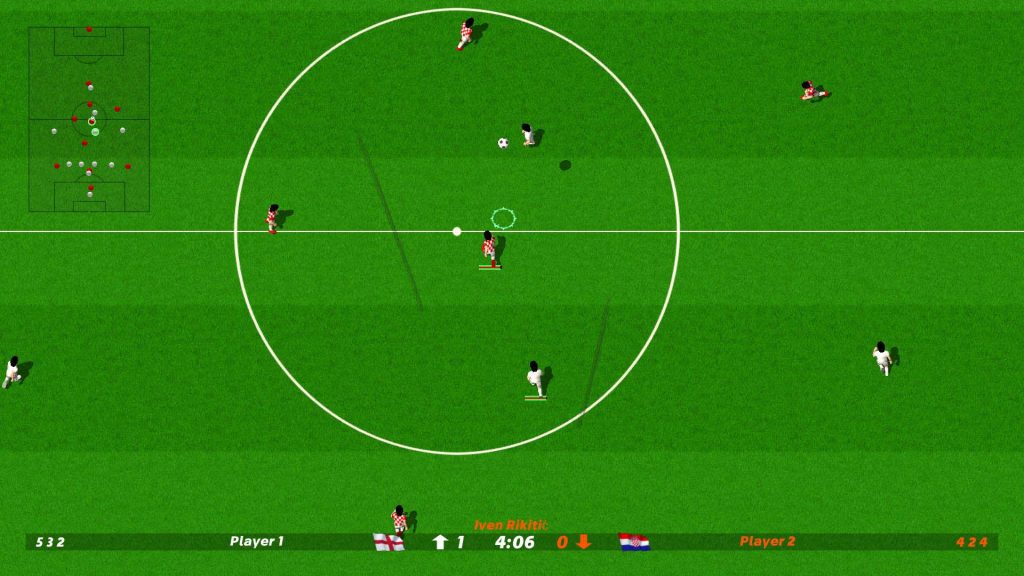 In 2017 we saw the release of Dino Dini’s Kick Off Revival for the PS Vita and PS4. This was a modern update to the 8-bit and 16 bit classic top down football game, originally released by Anco. Back then, there was a rivalry between Kick Off and Sensible Soccer for domination of the 16-bit football game market. Both used a single button control system, were fast and equally addictive and had their own loyal fanbase. Even today the originals are still played as much as they were back in the day. But original author Dino Dini revisited his classic to bring Kick Off up to date, while still retaining the simplicity and style that fans loved so much.

While this wasn’t the last entry in the FIFA series to make it to the PS Vita, it’s the last one of note. Traditionally with FIFA games improvements are made with each new release. In addition to updating strips and squads, tweaks are made to the graphics, sound and game engine to hopefully make each better than the one before. That was true of FIFA 13 when that was released for the Vita. The same was said for the this release. And as with the two before it, it was PlayStation TV compatible allowing you to play it on your TV. But the final entry in the series, FIFA 15, was left as being a Legacy Edition, having no changes apart from a squad update (not to mention the removal of PSTV support). Bearing that in mind, it left FIFA 14 the definitive entry in the series for the Vita. 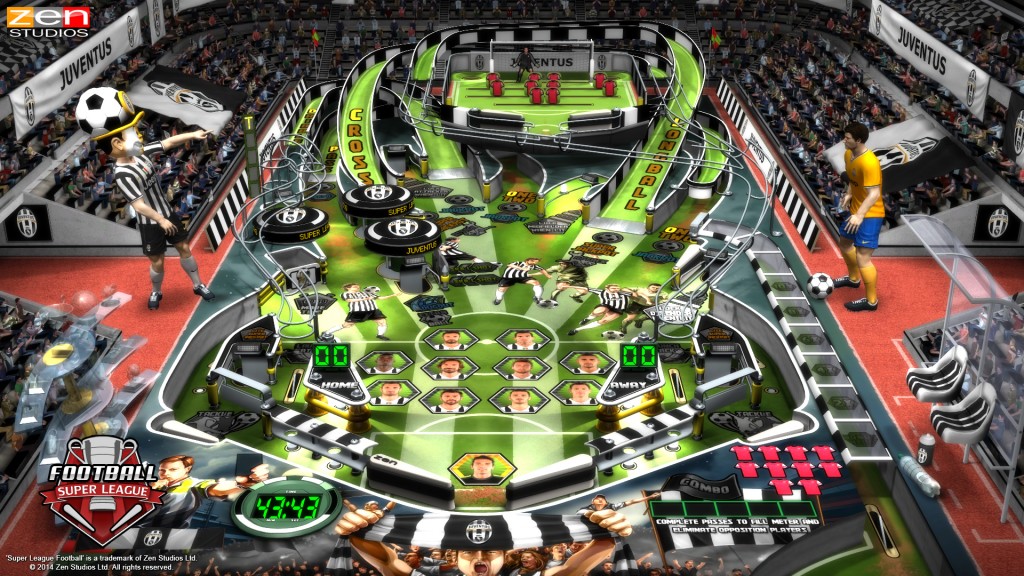 A departure from all the other titles in this list, this isn’t a true football game as such but a set of tables released for Zen Pinball 2 from Zen Studios. Each of the tables, released individually, was licensed from a major European football club. Unlike other pinball tables released at the time, the game in Super League Football flowed as if it were a football match, and even featured a large animated player on the table itself. With crowd sounds, match commentary and a football replacing the traditional steel ball, it looked, sounded and played the part and was one of the best tables to be released from Zen Studios.

Sadly, all of these tables have been discontinued – I believe due to licensing issues – and as such they have been deleted from the PlayStation Store. 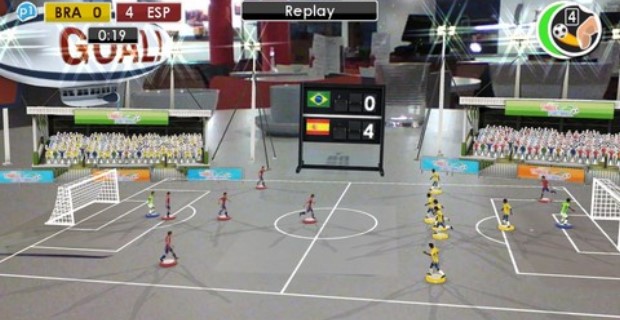 Very few PS Vita games make use of the AR cards that were bundle with the console, or it’s AR functionality. Which is a great shame because those that do are often great quirky, original, and great fun. That certainly sums up Table Football which brings the real world game of Subbuteo to life on your Vita’s screen. Armed with just your AR cards and this free game from Sony, you can create a digital pitch anywhere in your home where there’s enough room and then play to your heart’s content. And you never need to worry about broken players or goals again!

I couldn’t finish a round up of football games without mentioning at least one management game! The only release in SEGAs ongoing series for the Vita, this was also groundbreaking at the time. Football manager Classic 2014 was the first ever game to offer cross save support between consoles and PCs. That meant that Vita owners could continue their games from the handheld to the PC version if they had it. FMC14 wasn’t to everyone’s tastes though. This wasn’t a game for newcomers to the management genre as it was essentially a statistics based game. If you had fond memories of the old Football Manager game from the 8-bit era by Kevin Toms (which isn’t related to this), then you’ll find the differences between the two vast and overwhelming. Not one for the casual management fans.

Those are probably the best out there at the moment although there are some other hidden gems to be found. While I’ve mentioned Table Football, there’s also Active Soccer 2 DX, Foosball 2012, and three other FIFA games for you to choose from. If you want to look further afield to the PSP and PSOne games you can run on your Vita, the choice opens up more with This Is Football Management, Junior League Soccer, and World Football Quiz.