With its stunning OLED display, dual analogue sticks, and high performance processor and GPU, the PS Vita is an ideal console for delivering stunning arcade games on the go. Whether it’s recreating modern reimagined arcade classics, fast action bullet-hell shooters, or frantic twin-stick shooters, there’s plenty on the Vita to keep even the most hardened adrenaline junkies happy. We sat down and took a look to see what we think are ten of the best arcade shoot-em-ups to grace the console to-date… 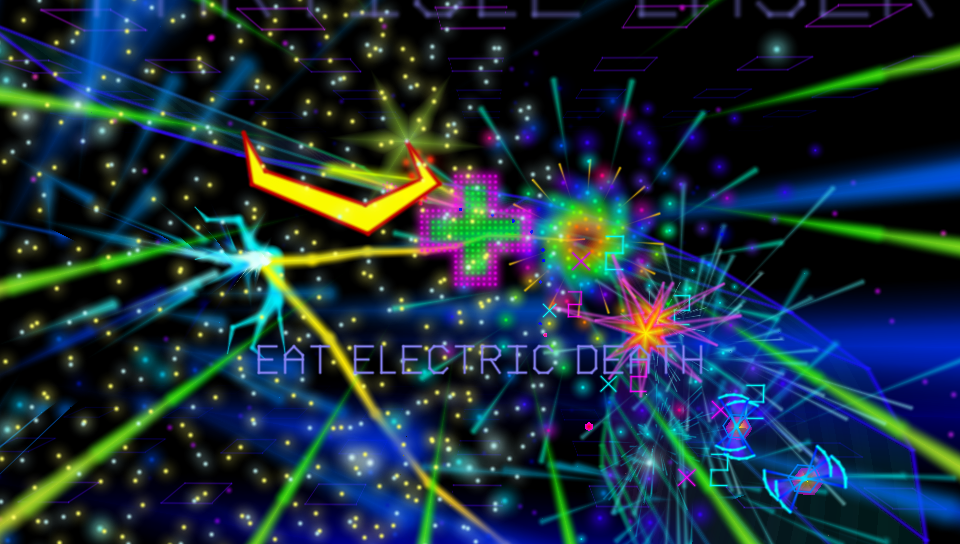 Back in the 8-bit era, whenever you saw the name Llamasoft on the packaging for a game you could be certain of a few things – fast psychedelic visuals, incredible arcade action, farmyard animals, and games more often than not that were “influenced” by arcade classics. For their first (and only) PS Vita game, they looked to one of Jeff Minter’s all time favourite arcade games, Tempest. A game that he had already updated a few times officially on behalf of Atari, this was a “spiritual successor” in all but name and is one of the best games to grace the Vita. Stunning graphics, sound and a game that just oozes playability and a Vita exclusive to boot. Other ports were cancelled when Atari stepped in with the threat of legal action before console and PC ports were refined and rebranded as official Tempest sequels once more. 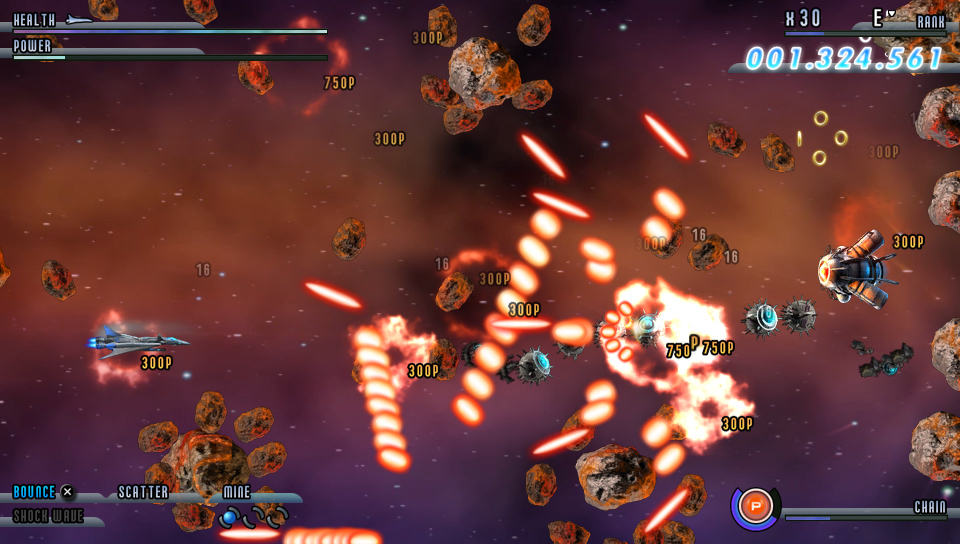 The first side-scrolling bullet-hell shoot-em-up in our top ten. Ported from the PS3 and this stunning game has managed to retail all of the speed, graphics and action from its console big brother. If it wasn’t for the fact that this sits in the palm of your hand, you’d be forgiven for thinking that this was a fully-fledged console game that you were playing. This would feel right at home in the arcades, it plays like a dream and runs superbly at a wonderfully smooth 60fps throughout. 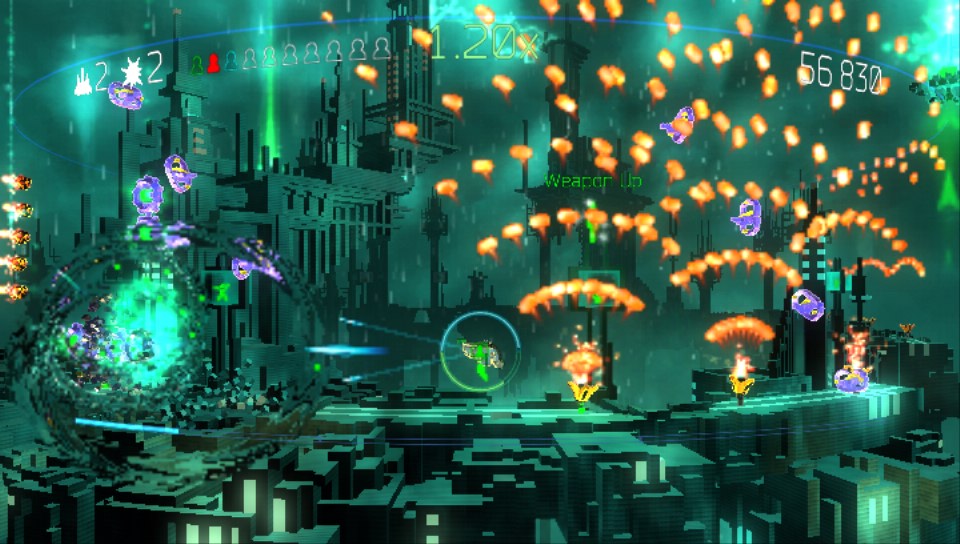 When I first saw this modern take on the Williams arcade classic Defender running on the PS4, it was the one game that made me want Sony’s latest console. Stunning voxel graphics, a great update while still retaining all of the playability and addictive qualities of the original – everything I had come to expect from Housemarque and it was a true system-seller. When it was announced for the Vita my mind was made up to wait and see if it would do justice to the original and it more than demonstrated that the handheld was up to the task. While it doesn’t match the PS4s 60fps frame rate, it’s still a gorgeous looking game, retains the same compelling gameplay and is a must have for any arcade fan.

In all of its previous incarnations – Velocity on the PSP and Velocity Ultra on the PS Vita – the series managed to delight and wow games with it’s complex yet absorbing gameplay and original twists on the vertical scrolling shoot-em-up format. Velocity 2X took things in a brand new direction ramping up the visuals, sound, and core gamplay and if that wasn’t enough, Futurlab then added an entire new game element with a side-scrolling 2D platform game as well. That was just as robust as the main game and could have easily been released as a standalone game in its own right. Combine the two halves and you’re left with an instant classic. 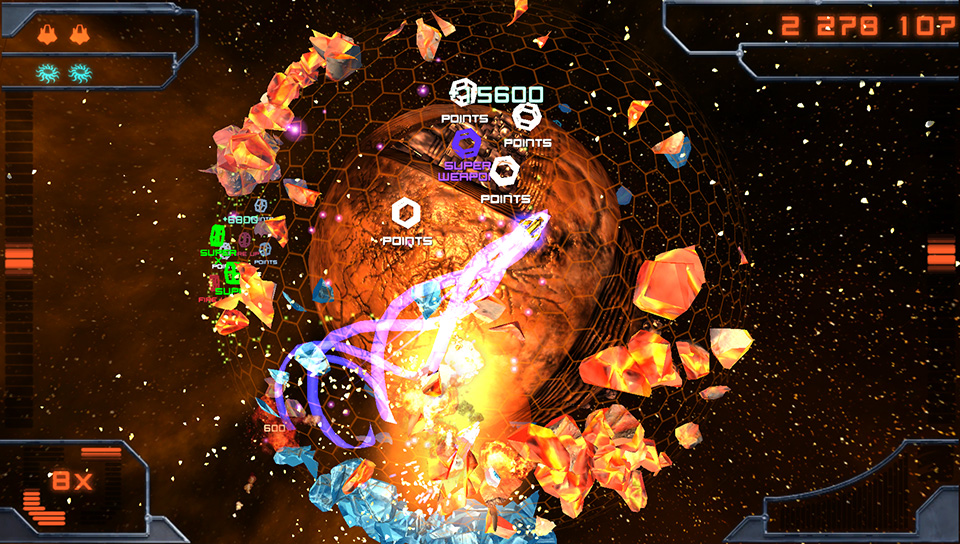 If Housemarque’s first PS Vita release seemed familiar to many, it has quite a long history behind it. Not only is it an updated port of the PS3 and PSP Super Stardust games that came before it, but both of those were in fact contemporary remakes of the original Super Stardust developed for the Amiga by Bloodhouse – one of the two software companies that merged to form Housemarque. Back then the original version bore a closer similarity to the game that was the inspiration behind the game in the first place as well – the arcade classic Asteroids. This is far more than just Asteroids though – mix in a choice of weapons, powerups, bosses, and stunning visuals and you have one of the most remarkable games on the Vita, even six years after its first release.