The press release for Sony Computer Entertainment’s new in-ear headphones, liveried in PS4 aimed packaging, arrived on my phone a few minutes ago.

Surprisingly the press release actually mentions Vita compatibility in the first few lines suggesting that the company is actually aware of the machine’s existence, contrary to recent evidence. 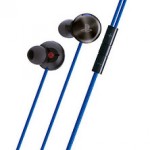 Due out before xmas, the unit includes a volume control and a call button for use with smartphones and a noise cancelling feature necessitating a built in rechargeable battery which can be charged using the usb cable included with the £78 SKU.

Find out more at;