Riddled Corpses EX is a twin-stick shooter made in the style of 8/16 bit arcade games. Alone or with a friend, travel through diverse locations packed with danger and huge bosses. Choose your character wisely and make good use of their abilities and the special items to progress and destroy the root of evil!

This is a twin-stick shooter reminiscent of 80/90’s arcade games with fast action and fun gameplay.

The new version features many improvements, including 60 FPS, a whole new story mode with cutscenes, a clearer interface, much less grinding, characters with stats, new enemies AI, a new soundtrack… 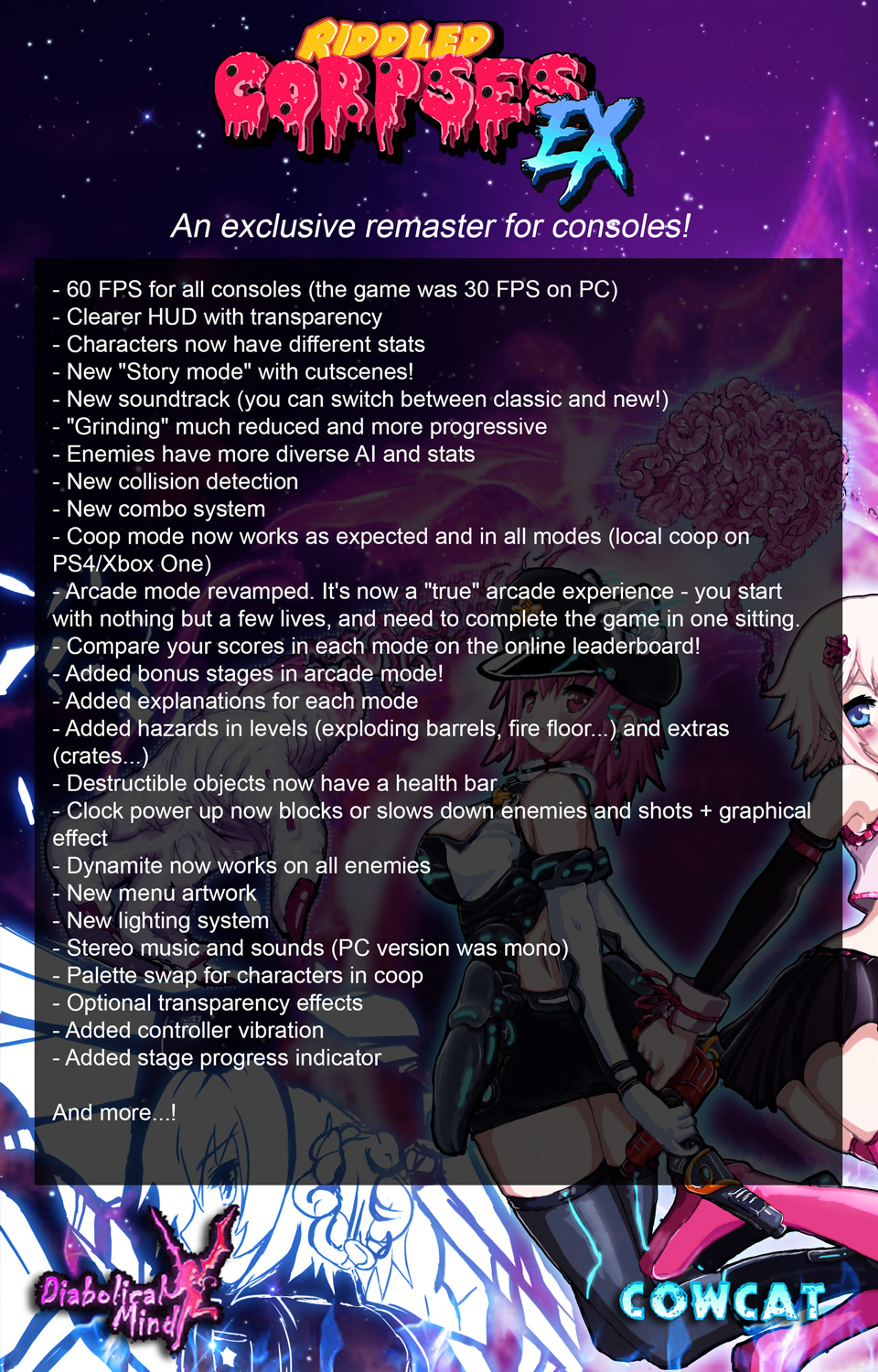 About Marcos Codas 321 Articles
Lover of portable gaming and horror cinema. Indie filmmaker and game developer. Multimedia producer. Born in Paraguay, raised in Canada. Huge fan of "The Blair Witch Project", and "Sonic 3D Blast". Deputy head at Vita Player and its parent organization, Infinite Frontiers.Like what I do? Donate a coffee: https://www.paypal.me/marcoscodas