It was an inevitable announcement, but it has now been made: PlayStation Vita games via the PlayStation Plus subscription will come to an end next year.

It’s hardly a surprise in any way, shape, or form, but after support for Sony’s second and best handheld gaming format has been eroded and sidelined for years, Sony have finally made the announcement that the PlayStation Plus subscription service is to cease offering PlayStation Vita (and PlayStation 3) monthly games from next year. 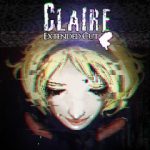 The announcement was made alongside the unveiling of March 2018’s monthly games as part of the programme, which for the PS Vita are Claire: Extended Cut and Bombing Busters, which are downloadable from the 6th March. 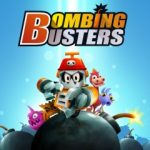 Unsurprisingly, they are both cross buy titles with the PS4 versions, meaning that on Sony’s current generation home console you’ll get them both along with Bloodborne and the remake of Ratchet & Clank. PS3 owners will be getting Legend Of Kay Anniversary, and Mighty No. 9 (with the latter also being a cross buy, giving PS4 owners five games this month in total, though there is no longer a PSVR title)

Unlike past reductions in PlayStation Vita support, however, Sony have given Vita players a year’s notice of the ending of the handheld’s support on the PlayStation Plus service. No further monthly games will be added to the service from 8th March 2019 for the PlayStation Vita or PlayStation 3. However it must be noted that all the prior games you elected to activate on the service will still be available, at least for a while after, to download. To quote the official announcement:

“This won’t affect any games you’ve already downloaded, or will download, prior to 8th March 2019. Those games will still be part of your PS Plus games library as long as you remain a member.

Your game saves and other benefits of PS Plus will also remain the same – the only change is that no new PS3 and PS Vita games will be added to the PS Plus monthly games line-up beyond 8th March 2019.”

The announcement even goes so far as to mention switching off auto-renew of your subscription by 8th March 2019 if you do not wish to continue your subscription to the service (but all the games you did get as part of your sub will deactivate.) If you are not a PS4 owner, however, you have to ask the question whether a PlayStation Plus subscription is worth it for you just to hold onto the monthly games library and online storage.

The reasoning is clear – both PS3 and PSVita are seen as legacy platforms by Sony and they can’t support them for much longer on a service so clearly focussed at this stage on PS4. However this may also be rather telling about the future; clearing the decks on PlayStation Plus in this fashion may be the start of a purge of older content on the PlayStation Store during the middle of 2019, in readiness for PlayStation 5.  Sony’s replacement for the current generation home console is expected, potentially, as early as October/November 2019 in time for Christmas, if PS4 hardware sales start to dip during this year. Regardless of that, the PS5, surely, must be heading ino homes in by November 2020 – the 7th anniversary of the PS4 launch.

The full PlayStation Plus March 2018 announcement for Europe can be found, with the PSVita discontinuation part tucked down the bottom, at the PlayStation Blog.