I was really looking forward to playing SwapQuest. The concept seemed really cool, and the graphics were just up my street. However, SwapQuest and I never really clicked.

Now, don’t get me wrong: There’s plenty to like about SwapQuest.

The developer has clearly put a lot of love into the game. While the story is a bit generic, the game is translated into 5 languages. Being a non-native English speaker, this makes me really happy. I just know there’s a kid in South America somewhere who doesn’t feel left out.

The game also runs flawlessly on the Vita. We’ve seen time and time again that just because a game looks to be easy to run on Vita, it doesn’t mean we’ll get a port that reflects that. However, Rebusmind have made a fantastic job of bringing their first opus to our handheld.

The audio is also on point, with effects above par for a game of this magnitude, and music that I could happily listen to while I work. 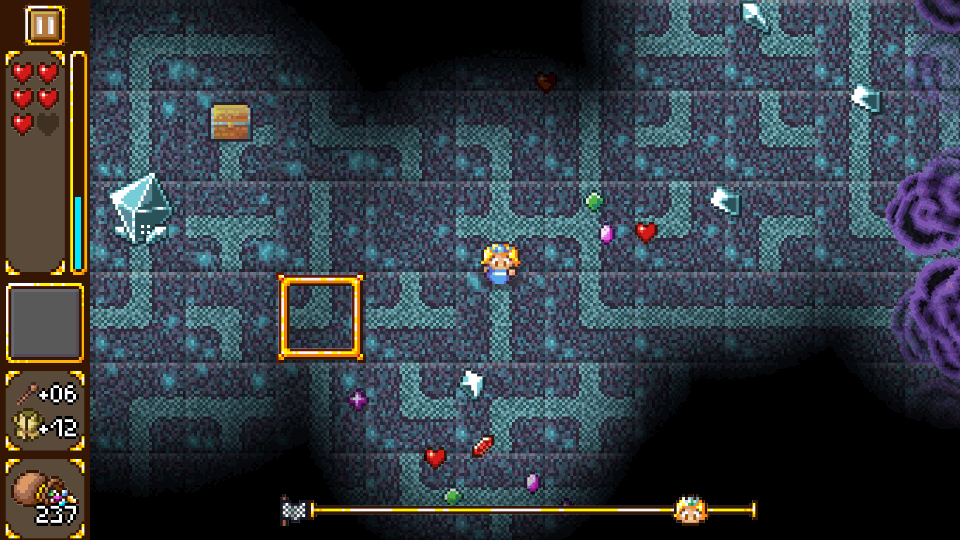 The best part about the game is the concept: an RPG where you swap the tiles on the board to guide your character. Your character moves on its own, trying to reach the final goal. It attacks enemies it encounters automatically. You have an upgrade system for your weapons and equipment. It’s really, really deep, and it has a ton of potential.

However, the execution was just not what I expected. There’s nothing fundamentally wrong with it, but I didn’t find myself enjoying the game. Now, I want to make it clear that I can totally see why someone would enjoy it. But to me, every level felt long, even though they were around 5 minutes each.

I think (and I could be wrong, and probably am), that it comes down to the way the game handles the auto-scroll. The absence of a sense of urgency is what, ultimately, made it a mute point to have the auto-scroll there in the first place.

I have to admit that I am not a fan of auto-scroll either way. I think Yoshi’s Island DS would be 10 times better if it wasn’t for the auto-scroll stages, and that applies to any and all platformers that use the system, as far as I’m concerned. 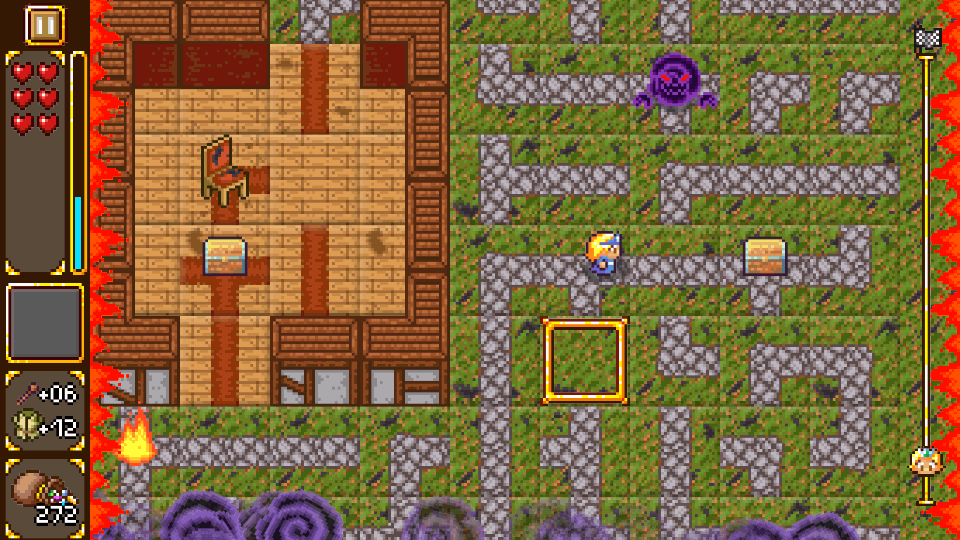 But if one is set on applying the system to a game, then it must serve a purpose in augmenting the experience for the user (be it in the form of storytelling or increasing difficulty).

I did not find any of these applications for the auto-scroll being set in place in SwapQuest.

Now, it may seem like I’m being overly harsh on just one aspect of the game, and that’s partly true. However, it’s the auto-scroll that sets the pace for each level, and the pacing is, in my opinion, wrong.

The game doesn’t have enough rewards for exploration to justify slow scrolling, and not enough challenge set by a faster scrolling either. That makes navigating the stages a lukewarm experience.

So, SwapQuest and I didn’t click. I’m sad about that. But I’m happy that, from a technical point of view, Rebusmind did a fantastic job of bringing their game to Vita. Which means that, even though I didn’t particularly enjoy the game, for those people who would enjoy it, they will get a flawless version of the game to play.