Sigi is wonderfully addictive and captures the fun and compelling gameplay that I used to love from classic platformers of the 80s and 90s. It’s not the biggest of games, and the developers themselves estimate that many gamers will be able to complete it in around an hour of solid play. But most importantly it’s great fun and has a lot of solid replay value. Despite it’s relatively short playtime, it’s the type of game that can be enjoyed repeatedly, as you would with most arcade games.

One thing I did particularly like was the use of the map screen. While we’ve seen this game mechanic used before in countless platformers, it’s quite an important element in Sigi. When it comes to playing the game, you can either play from the beginning or continue from any level if you have already played previously. If you choose the latter, you can select exactly what levels to play. This is important because you will only start with the basic three lives. If you only got as far as one of the bosses, you can choose to replay the earlier levels, build up a stock of lives and then go straight to the boss you need to defeat as the game returns you to the map at the end of each level. This feature makes bosses more manageable and the game far less frustrating and generally a lot more fun. 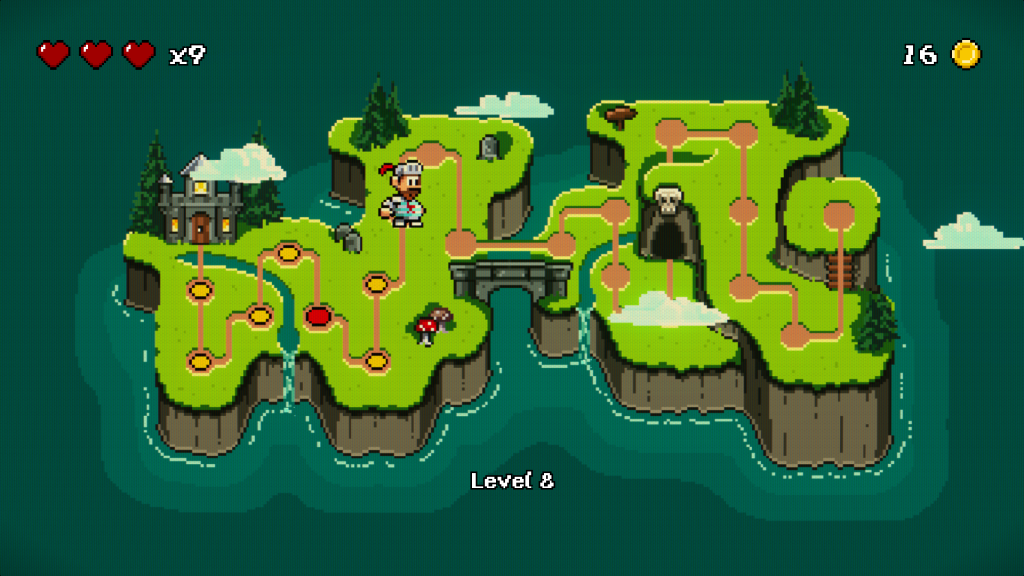 Despite its retro styling, Sigi – A Fart For Melusina looks fantastic. The characters are superbly animated and are full of personality. Backgrounds are detailed and the four-layer parallax scrolling is smooth and highly effective. The are some great visual effects keeping within the retro theme and some neat day/night transitions to add extra variety.

There’s also a typically cute chip soundtrack running throughout that adds to the game even more. Sound wise it’s everything you’d expect from a retro game… with the exception of Sigi himself who seems to have a slight flatulence problem and tends to fart on a semi-regular basis! Yes, it’s immature… and yes, I loved it! 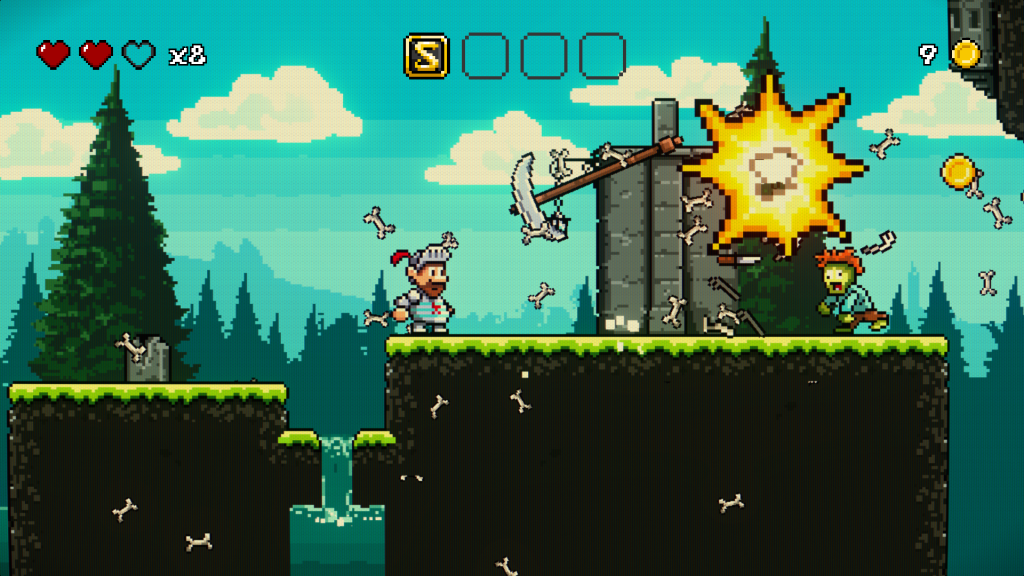 This isn’t the deepest of games that you’ll play on the PS Vita. It’s not one that will go down in history as being one of the all time greats. But it IS a great PS Vita conversion of the PC original and when it’s such a fun game to play, it’s long term status doesn’t matter. It’s a great platform romp and whether you aim to complete it as quickly as possible, or just play to enjoy it casually, it’s great value for money and is a breath of fresh air.