Looking at modern indie games, it’s easy to make quick comparisons to similar titles and pigeon-hole games into categories based on visuals or a few minutes of gameplay. Games with retro 8-bit or 16-bit style visuals are often dismissed as having simplistic gameplay mechanics. Even more so if they are based on classic arcade games no matter what new twists and elements have been added to them to bring them up-to-date. Then there are the game that are simply referred to Metroidvania titles. In a way it’s an insulting term to developers. While it can help players gain a quick understanding of the mechanics involved, it can downplay the individual strengths of a game to being just a clone of both Metroid and Castlevania. Paradox Soul, from Ratalaika is one such game… 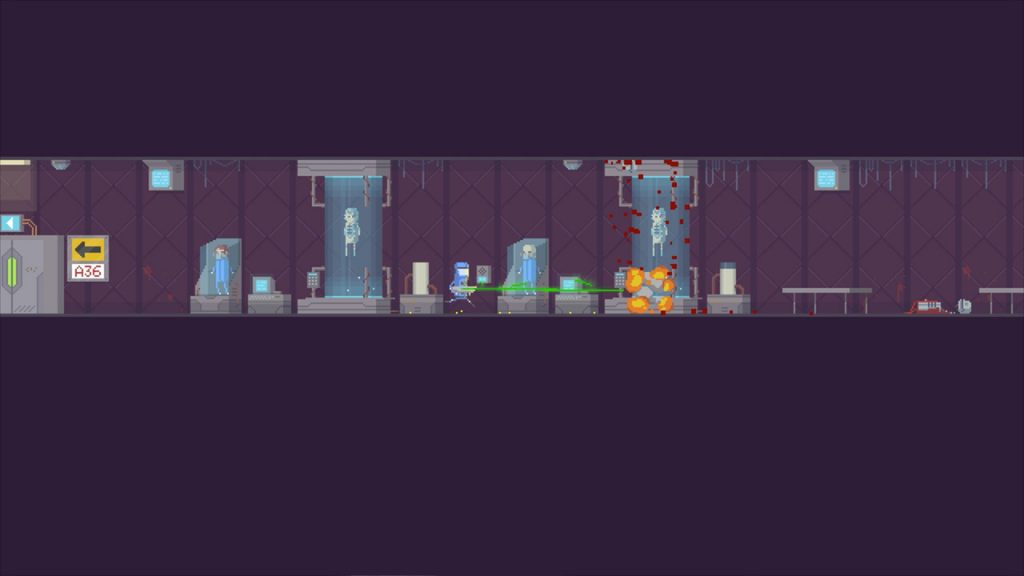 What Is Paradox Soul?

Described by the publishers themselves as a Metroidvania game, you take on the role of the game’s protagonist, a Doctor Alli Rose. Set in Iceland in 1987, she heads towards what appears to be an abandoned test facility… and from there you’re on your own. For any game of this nature it’s unusual in the fact that it throws you right in at the deep end.

Your initial character movement is limited right at the start and you can only move left and right, you’re unarmed and the feeling of helplessness as you venture into the unknown is truly daunting. As you start to explore new abilities are revealed as you find that you can jump, enter doors and lifts and as you find them use weapons and other gadgets to help. Not only do these prove to be useful but essential as you soon find out that the complex isn’t as abandoned as you first thought.

As far as the basics are concerned that’s pretty much it. You’re left to your own devices from this point onwards to explore the complex and find out what happened and to try to stay alive. Along the way you’ll be able to discover a map that will help you find your way around but other that that it’s down to you to make your way around, survive the boss fights in true Metroidvania fashion, and uncover what lies below… 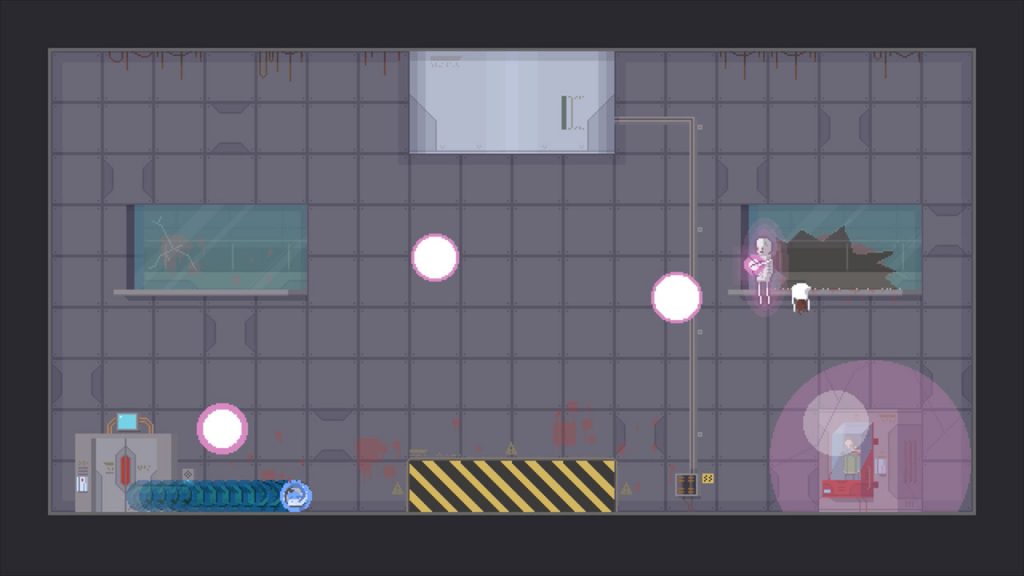 Unlike other games of this ilk, it doesn’t use a traditional lives system. You can take a couple of hits or collisions from whatever may attack you (unless it’s a more lethal attack from weapons) but if you die, then you simply restart in the current room or area that you’re in. The game automatically saves your progress as you enter each area as well so you never have to worry about struggling to get anywhere in the game.

The only downside I found with this is that there’s no option on the main menu to start a new game. Each time you load up you can only continue where you left off. That’s fine if you want to try to complete the game, but if you think that you missed something before getting to one of the bosses and want to go back and explore first then your only option is to uninstall the game and to reinstall it. Fortunately it’s a relatively small download at under 50Mb in size, but it’s still a minor irritant. 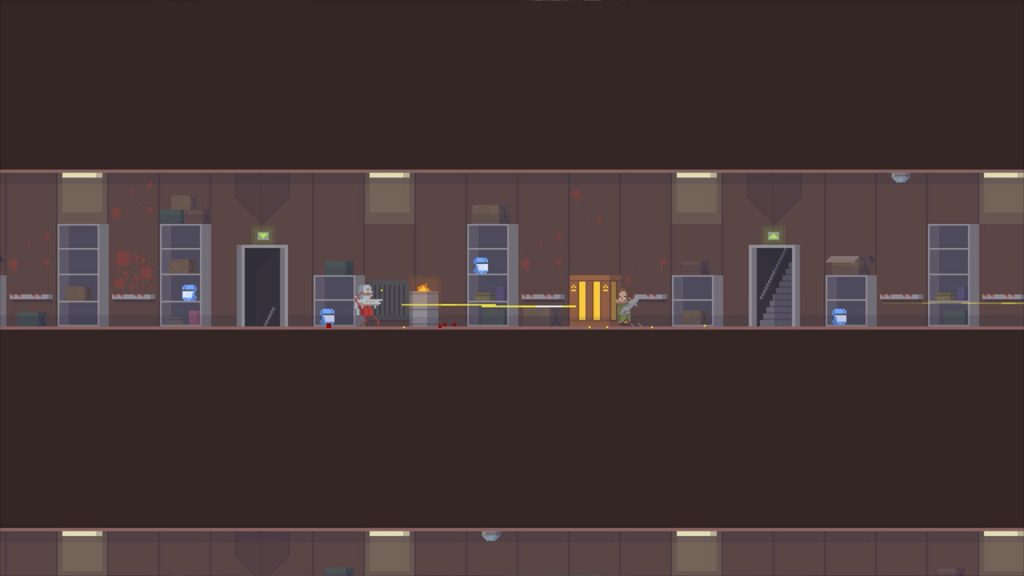 I mentioned earlier about indie games adopting a retro look to them. Well as you can see from the screenshots, Paradox Soul features pixel art based visuals. For someone like myself who grew up with the 8-bit era, I absolutely love games with this look and feel but I can see why there are many who don’t. Personally I prefer the more simplistic look as it allows the game to shine through. Don’t get me wrong, when games push the PS Vita to it’s limits I genuinely appreciate it, but when titles allow us to be distracted by the way they look then it’s a sign of poor game design.

That’s definitely not the case with Paradox Soul. Gameplay most certainly comes first. What makes the game work so well is that as a player you’re in exactly the same position as the protagonist. You’re both discovering each nuance of the game environment and what lurks ahead as you explore. As you discover each new room and chamber filled with unknown creatures, just like the character you’re controlling, the anticipation of whether any are going to break free and attack you adds to the tension and atmosphere as you play. 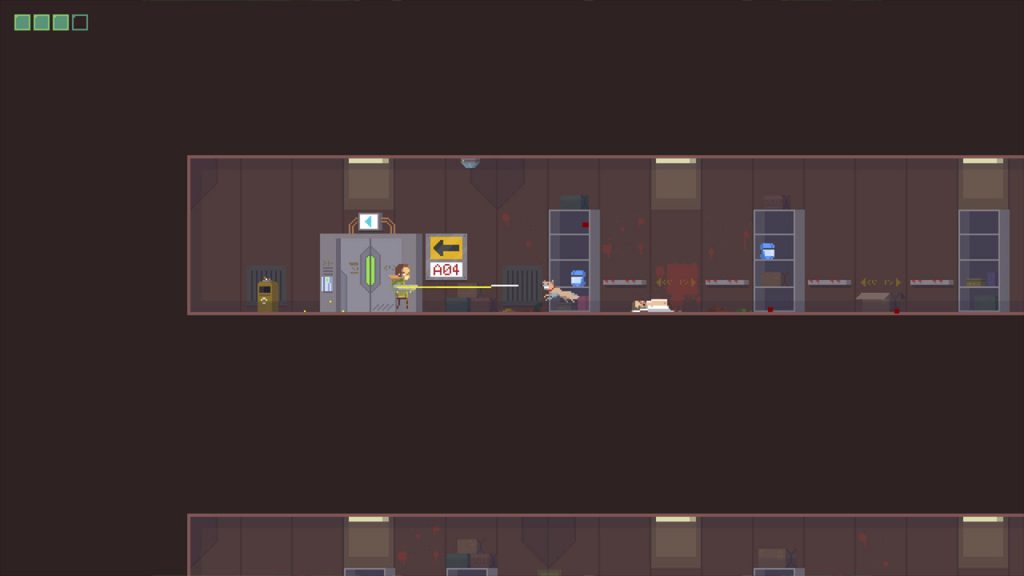 Gameplay can be frustrating at times, especially as you learn the controls and get to grips with your abilities. It has to be said that boss fights are extremely unforgiving as well so it’s certainly going to be a game that will give you a challenge and you’ll be thankful for the endless supply of restarts. However, the controls are fluid and easy to handle and with map in hand you’ll be making your way around the complex like a pro in no time.

Ratalaika have been specialising in bringing ports of games to the PS Vita for some time at an incredible rate and have been showing no sign of slowing down. More importantly, they have strived to offer gamers exceptional value for money. This is a fun, tough but ultimately compelling game and well worth the £3.99 asking price and as an added bonus it’s a Cross Buy release with the PS4 and is available from the PlayStation Store now.

Thanks must go to Ratalaika Games who supplied the copy of the game used for this review.