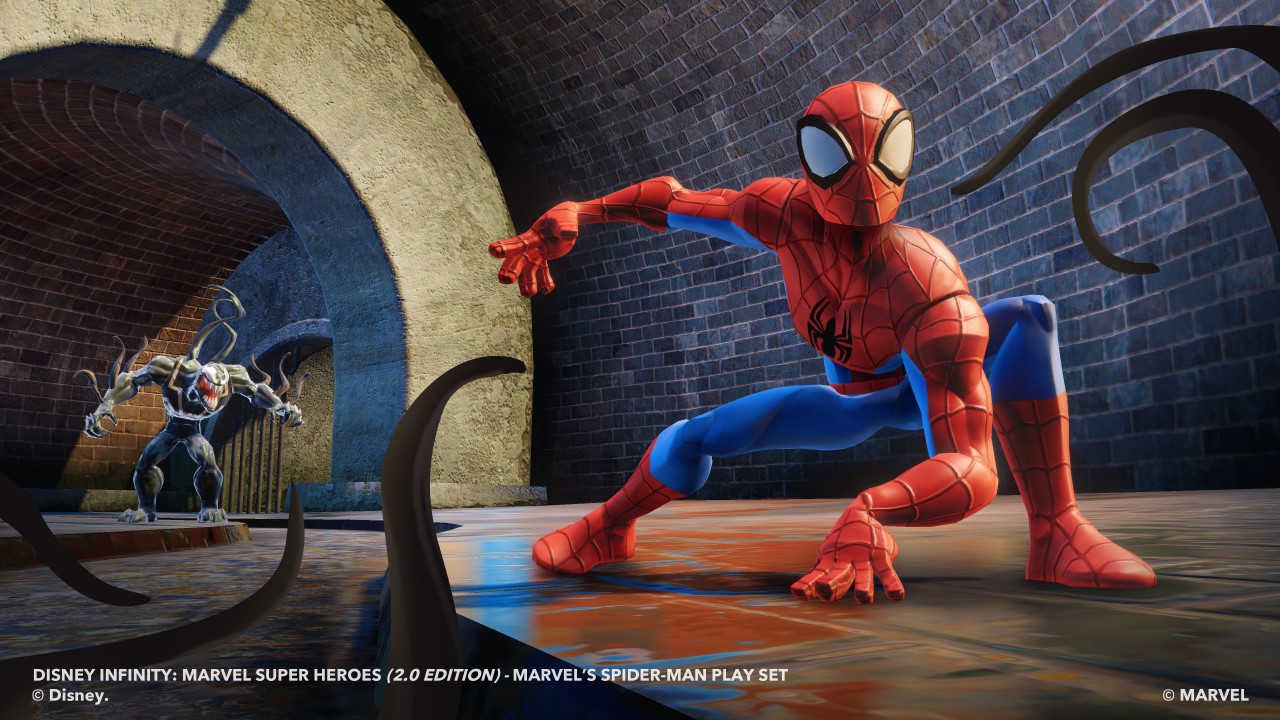 Throughout play, you earn experience during combat and as you increase in skill level, you can purchase new abilities and character upgrades. Blue “sparks” can be collected from defeating adversaries as well (or found randomly) and these can be used to purchase items for use elsewhere in the game). The games you through the levels gently at first introducing you to the gameplay mechanics behind Disney Infinity, the character controls teaching you more as you learn new skills and abilities allowing you to get to grips with the game as you play. Desipte what at first appears to be a basic-looking game, it’s provides a surprising amount of depth and quite engaging gameplay. Packed with characters and familiar scenes that Spidey fans will know and love, you’ll get your money’s worth from this part of the game alone.

But that’s just the Playset that’s included in the Starter Pack… additional Playsets can be purchased adding storylines (and characters) from the Avengers and Guardians Of The Galaxy expanding the gameplay and range of characters at your disposal even further giving you even more depth and play time. Although characters are locked to their specific Playsets (no attempting to use Rocket Raccoon in the Spider-Man Playset), they’re great value for money for the additional game and figures. 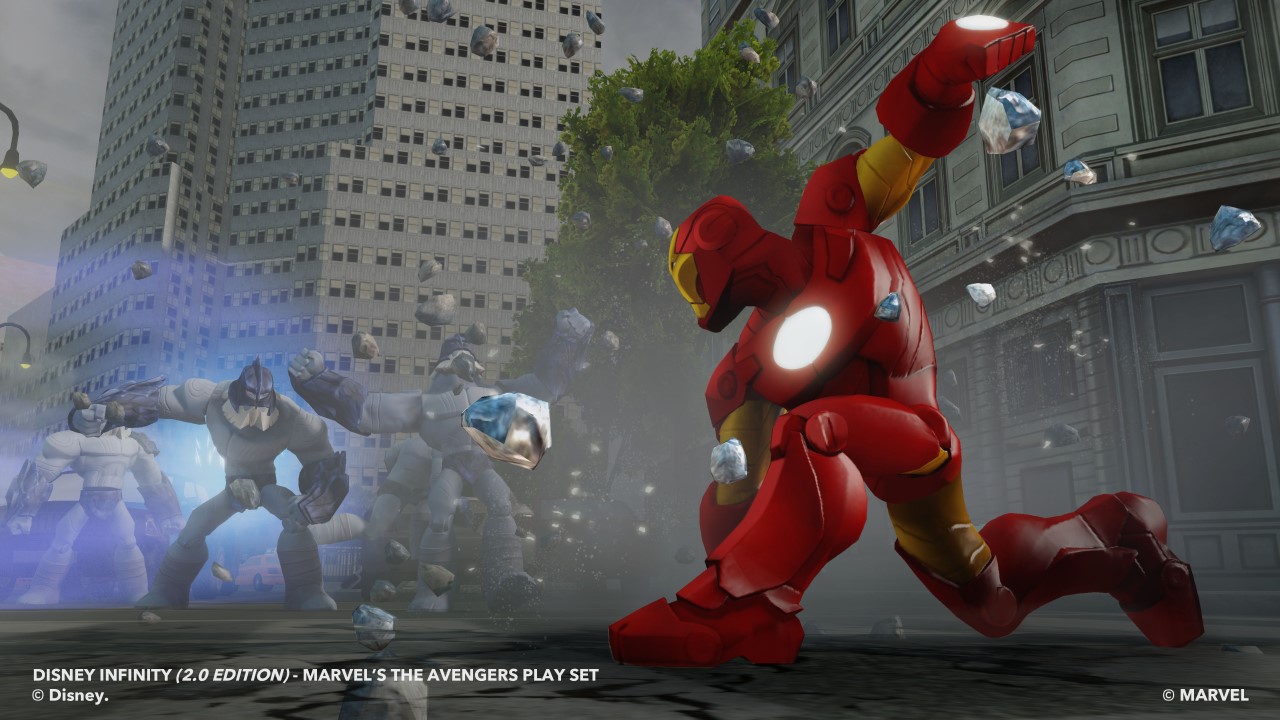 The next thing you’re most likely to be introduce to is the Toy Box. This is the freeform aspect of the game and functions in two ways. The first part where you start the game initially, is an open world filled with game tutorials, triggers for mini games (platform games, combat action training, racing games and more) and everything you need to know to learn about getting to grips with the game. From here you can also start to create your own custom Toy Boxes where the real fun begins.

What really makes Disney Infinite shine is how is really allows your creativity come to life. The game gives you an incredible range of tools to create worlds that are limited only by your imagination. You can build worlds to simply explore, platform games, puzzle games, arcade adventures, recreate real worlds, theme park rides, racing games… Disney Infinity allows all of that and a lot more besides. I have to be honest here and say that this aspect of games has never really appealed to me. I’ve owned several versions of Little Big Planet (on the PS3 and PS Vita) but in every case all I have ever done in played the core game mode. I’ve rarely dabbled with the creative side of the game other than downloaded community content and used that. I’ve either felt that the tools have been beyond my limited creative abilities or that I just haven’t been able to get anything even remotely coherent from the games when I have tried so I’ve been left feeling frustrated by them. 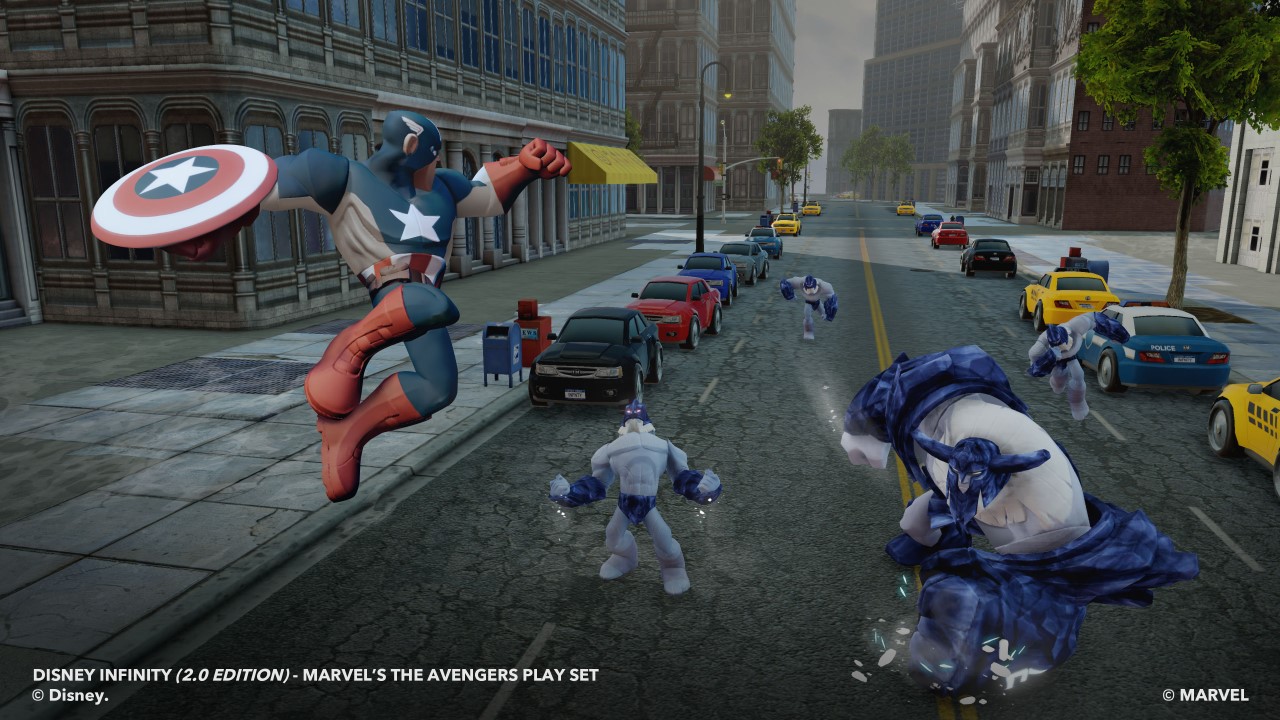 Disney Infinity is different. It’s incredibly easy to pick up and use. Within minutes of diving into your own Toy Box, you can be well on the way to creating a town, a race track or even just putting a few objects in an empty field but making them interact with each other all directly under your control and it’s that ease of use and control that makes it a joy to use. If you don’t feel brave enough to create anything yourself, you can just pop online and access the thousands of Toy Boxes (and complete playable stories) that have been created by players all over the world so you’ll never be short of extra content to enjoy.

It’s in this Toy Box area where you can use any of the figures that you own regardless of the Playset that they are designed for, as well as use any items that you have purchased in game using the Sparks that you have collected. The tough choice is what to use them on, complicated even more with the next part of the game…