I was a little apprehensive about Letter Quest: Grimm’s Journey Remastered, mainly due to its tentative mobile origins. For the most part, mobile games tend to veer towards shallow, throwaway experiences, however, after playing Letter Quest for almost half-a-dozen hours I’m super impressed by how brilliantly put together the whole experience is and I’m happy to debunk my initial preconceptions: Letter Quest is actually a pretty deep, addictive little title.

Who’d have thought that a fusion of Scrabble and RPG would work so well together – honestly, I wasn’t convinced either… until I played it. And it doesn’t just work fairly well – it works fantastically well. 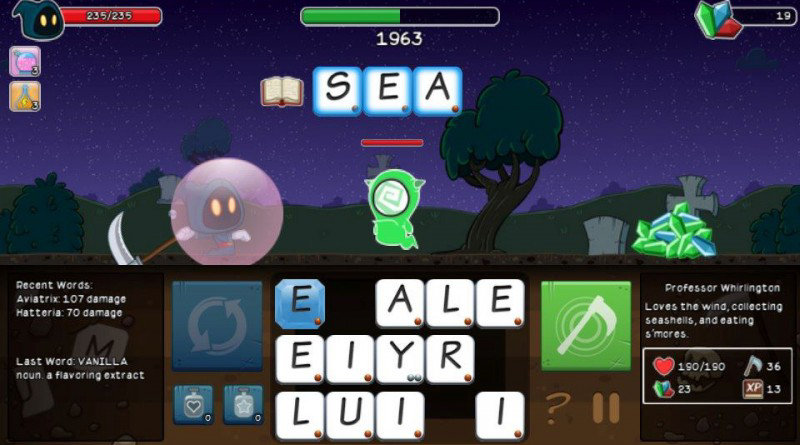 The core gameplay revolves around creating words to best the monsters that stand in your way. Combat is turn-based and as you probably have already guessed; the longer, more complex words deal extra damage. On top of all of this are some easy-to-learn RPG mechanics thoughtfully peppered in.

I don’t want to go into too much detail as I want to save that for my full review, but I’m super enamoured with Letter Quest. It’s really quite addictive stuff and the puzzle gameplay is authentically rewarding – it really gives your brain a genuine work-out!

I’m really hoping the addictiveness of Letter Quest‘s terrific puzzle gameplay doesn’t let up as it’s seriously got its scythe-shaped hooks deep within me.