Bjorn Thonen, a slob of an antique dealer living in Paris, is robbed one night after coming home drunk. Forced to conduct his own investigation with the help of his neighbor Sandra, he ends up involved in a murky, mysterious affair. Will these unlikely heroes be able to rise up and discover ancient secrets? 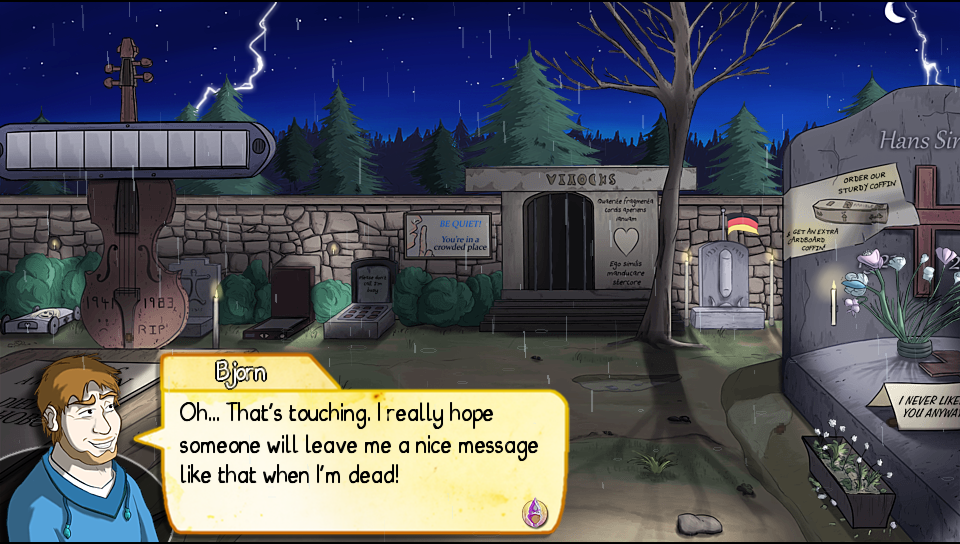 The game offers situations and puzzles for beginners and experts alike, with a high degree of interactivity. Explore ridiculous item combinations, just to see what happens!

The new PlayStation™ Vita version has the exact same content as the original PC release that came out earlier this year, but has been fully optimised for Sony’s portable device:

The Vita port is scheduled for simultaneous release in the EU and North America on 6th December 2016. Full review will follow soon.