The rogue-like RPG, Darkest Dungeon, from indie developer Red Hook Studios is finally making its way to the PS Vita (and PS4) and will be hitting the PlayStation Store as a Cross Buy release on 27th September 2016. Funded on Kickstarter back in 2014 and originally conceived as a PC game, the developers always hoped to be able to port the game to consoles and after developing the game for the last couple of years are finally able to release the PS Vita and PS4 versions simultaneously at the end of this month. 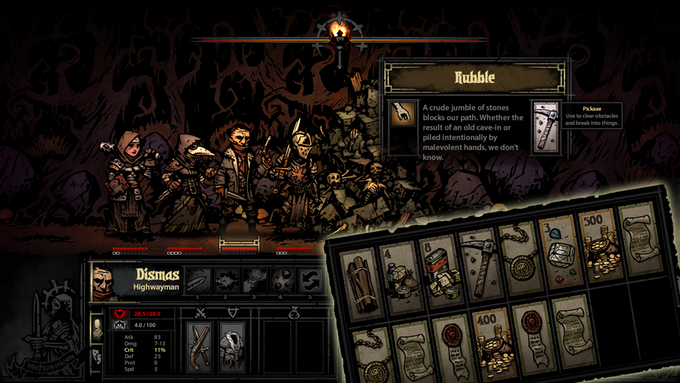 It’s a traditional dungeon crawler RPG providing turn-based gameplay with a style reminiscent of many gothic tabletop RPGs both in the gameplay itself and its dark artistic style as you can see from the screenshots. As you’d expect from a traditional RPG, it offers a wide range of classes for your characters to choose from, side quests, maidens to be rescued (okay, not sure about that one!) and more besides… 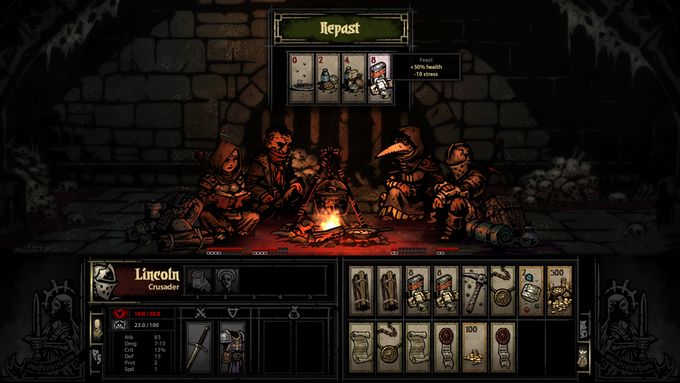 What sets this game apart is the strong tactical element. As well as managing the stats of your band of heroes, each character has his/her own flaws that you have to contend with so you have to manage their mental state as well as their physical well-being. It’s no longer a case of having to just worry about surviving the hoards of adversaries you encounter – you really need to think about how each of your party will cope with every situation you face adding an deep new layer to what is a crowded genre.

It’s certainly one to watch out for.