Having fun is an essential part of the human experience. But having fun means different things to different people. To some, travelling is a way to have fun, while others enjoying playing games whenever they can. It is the desire of people to have fun by playing games that led to the rise of the gaming industry which has now evolved into a massive enterprise with online games, VR games, portable platform games, and online casino. Out of these, portable platforms games are particularly interesting.

When people first started to game on computers, they had to sit in front of the desktop, ensure there was a power source and then proceed to play the game. These games could only be played the room their PC was in, and this proved to be very inconvenient.

When gaming consoles hit the market, they offered a better gaming experience, but even they required to be connected to a stationary monitor or a TV which again rendered them impossible to use unless the gamers were in the allotted room.

While we had been used to the successful Game And Watch range from Nintendo over the years these had their limitations. No matter how much fun the games were, or how great the battery life was, you still only had a solitary game to play. Gamers had evolved and wanted more. These devices couldn’t compete with consoles that were now commonplace in the home.

The growth of gaming throughout the 1980s and advances in technology lead hardware manufacturers to realise that there was potential in bringing this console power and performance into something that people could take with them on the go. Spearheaded once again by Nintendo with the release of the original Gameboy, a range of portable platforms soon hit the shelves. Suddenly, people didn’t need an external device to play the game. All the hardware needed to play was built into the device itself, and it could easily be held by the gamer in their hands. This allowed players to play the games from the comfort of their beds or from anywhere they pleased. They proved to be a massive success.

There are a lot of portable gaming consoles one can buy at the market right now – both contemporary and retro – but one that has always stood out is the PlayStation Portable (PSP). While gamers can argue all day long  whether Sony, Nintendo or Microsoft make the better gaming consoles, it’s hard to deny that the PSP is one of the most successful handheld consoles ever released selling an incredible 80 million units worldwide.

The PSP was a massive hit when it was launched, and once unveiled its successor was eagerly awaited. With console quality gaming promised and specifications to match it seemed as if it was going to be the greatest portable gaming platform of all time. For most gamers at the time, it truly felt as if the PS Vita was set to repeat the success of its older brother and give Sony another smash hit console in the world of portable platform gaming.

But a great console can only do so much unless there are actually games that can give the gamer a thrilling experience. Thankfully, at the start at least, the PS Vita had no shortage of big hitting games with some of these PS Vita games considered by players to be on par with any game for other mainstream consoles. While the focus shifted after the first year or so (outside of Japan at least) towards smaller, independent developers leaving those wanting major “AAA” titles feeling frustrated, the Vita has still amassed a huge library of games.

Even though there are an incredibly diverse selection of great games that one can play on the PS Vita, there is one game that is truly exceptional. A game that isn’t just the best game for PS Vita, but one of the best games released on any handheld platform ever…

This game is no other than Uncharted: Golden Abyss 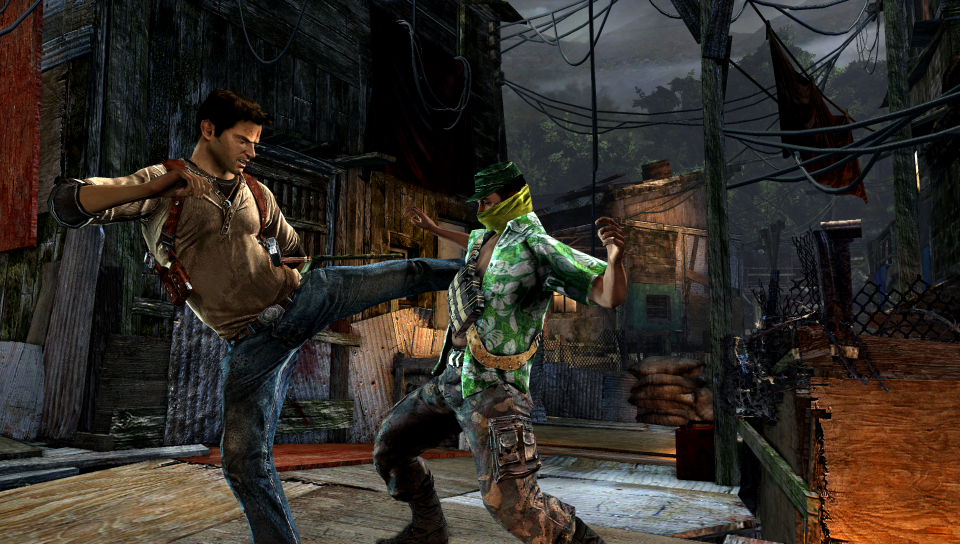 The Best of the Best – Uncharted: Golden Abyss

The Uncharted series has proven time and time again just how much people love it, so much so in fact that it is now thought of as one of the best gaming series of all time. An action adventure game series that refined the very genre, offering an intense gameplay experience built around fantastic characters, jaw-dropping worlds and plot lines that put some Indiana Jones movies to shame. This series has a very dedicated fan base that would instantly buy any new game that comes from this franchise. Some fans are so passionate that they recently produced an excellent fan film based on the world and characters of the Uncharted series.

Uncharted: Golden Abyss is the fourth game in this prestigious franchise and the first of two exclusive titles in the series released for the PlayStation Vita (the other being the card-based entry Uncharted: Fight For Fortune). This particular iteration of the Uncharted series sees the much-loved protagonist, Nathan Drake, travel to Panama while trying to evade killers sent to assassinate him by the evil Dante. Saying any more would mean diving into spoiler territory and it would be a crime to rob anyone of the chance to find out what happens next for themselves.

While this basic synopsis might not seem like much to the average gamer, to a fan of the Uncharted series just the idea of Dante sending killers to hunt Drake would be enough to push their hype level through the roof and beyond. 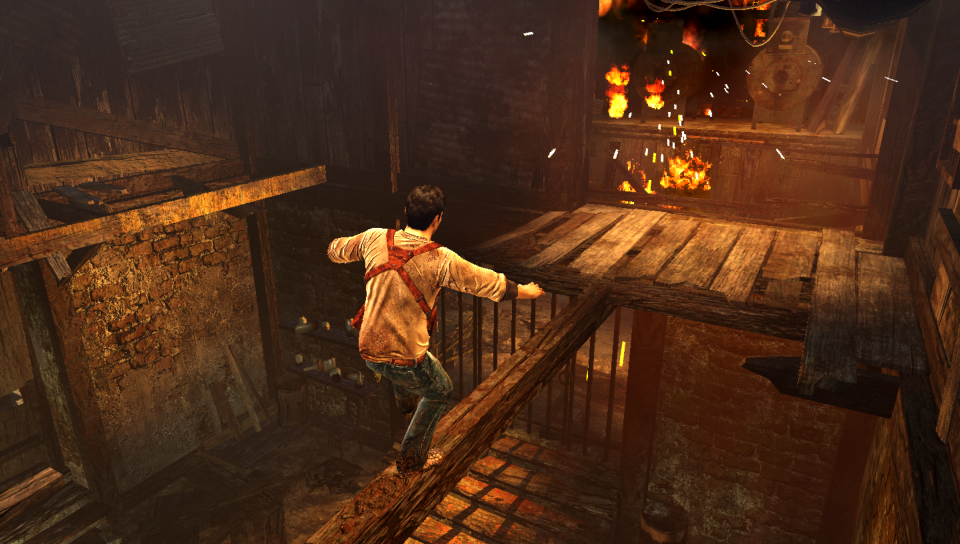 Uncharted: Golden Abyss is basically essential playing if you own a PS Vita and if you don’t, this single game might just be worth tracking down one of the portable gaming consoles for yourself. If you have never played the Uncharted series at all, then this would be a great starting point for you. With this being the fourth in the series the experience would be slightly more rewarding if you have a history with the franchise as a whole but it doesn’t stop it from being a fantastic game in its own right.

Regardless of your familiarity or not with the franchise, all of this makes Uncharted: Golden Abyss the single best game you can play on a PS Vita.