The PlayStation (Vita) TV was released today… but did you even notice?

Going around town today on my lunch break, I didn’t see a single unit on sale. GAME had a large display box out with no mention of price or anything on it, and no hardware display card offering the PSTV as a console.

y backfired, and it would appear virtually no-one on the high street, staff wise, even knows what the machine is, let alone how to sell it. Bizzarely I didn’t see the physical PS Vita version of Minecraft or Lego Batman 3, both released today, anywhere either, which is rather worrying. Considering bundles of the PSTV + Dual Shock 3 + either Minecraft or Lego Batman 3 would be an obvious way to introduce the console properly, along with all of it’s abilities, you really have to wonder what SCEE is thinking.

The success of the PS4 has clearly resulted in Sony Computer Entertainment becoming  rather complacent. The PS4 is still being marketed well enough to maintain a lead over the XboxOne, but SCEA/SCEE appear to be missing out how to make the most of their PlayStation ecosystem advantage.

This Christmas it’s no surprise that an awful lot of people out there cannot afford to buy a PS4.

The Vita as a handheld console is barely being advertised (though a TV advert for the Slim/2000 series with the new heroes mega pack is in circulation) and frankly should be screaming buy me at £149.99 with a game and memory card. With the 3DS looking very long in the tooth technology and sales wise, developing the PS Vita’s userbase would provide another revenue stream for Sony and retailers alike.

The PlayStation (Vita) TV micro console could very easily being sold as an entry-level starter console at £109.99 (or £99.99 if at all possible) with the three bundled games already with it and a Dual Shock 3 (there is a 1GB memory card built in, after all.)

There is also an entertainment hub that can play Blu-rays, DVDs, audio CDs, MP3s, video files, PlayStation One disc and download games, PlayStation Mini download games,  stream video from Netflix, iPlayer in the form of the 12GB PlayStation 3 which of course, can also play disc and download PS3 games. Pop a 12GB PS3 out with a HDMI cable, Blu-ray remote, a blockbuster Blu-ray and a related game (for example, say The Dark Knight Rises and Arkham City, or even the Ghostbusters 1 & 2 Blu-ray pack, including a PS3 theme on the first disc, and the Ghostbusters video game) for £149.99 and you would be expanding the video games and Blu-ray market beyond the current installed userbase.

But of course the above would require Sony (and not just SCE/PlayStation) seeing a bigger a bigger picture than just the PlayStation 4, which given their current blinkered approach seems highly unlikely… and it’s just a matter of time before it bites them in the arse. 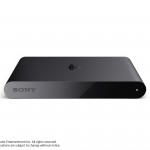 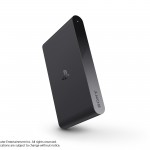