EGX moved this year to the NEC on the extreme outskirts of Birmingham, and the event spanned 3 halls plus press area.

In amongst the sea of PlayStation 4s I found a total of 4 PS Vitas in the entire event – two on Sony’s stand in their museum section along with the  original PlayStation and it’s sucessors prior to the PS3. That meant that like the PS3, no new releases or games in development were on display for the format on Sony’s stand.

The other two machines were demoing the PS Vita version of Superbeat: Xonic.

…and that was it – there was pretty much no mention of the Vita, let alone anything on display anywhere else at the event. 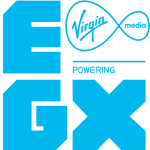 I have been talking to a handful of developers of late, and rumours of massive internal issues at Sony keep cropping up. They appear to be struggling with their own arrogance, as they lead the way in home consoles and extending their lead over the XB1… Leading some of those in charge to rest on their laurels as in the latter days of the PS2 era, while other recognise that this is exactly why things went so wrong previously, and try and steer clear of the same outcome. However regardless of the internal issues, it seems the PS Vita may as well not exist.

Two developers (and probably far more) have recently offered PS Vita version of their titles to Sony, only for them to be dismissed out of hand, with Sony appearing to only be interested in PS4 content at this stage – even when suggesting that a PS Vita game could make a great PS+ cross-buy title. No interest… at all.

At this stage it’s quite clear that outside of Japan, Sony sees the PS Vita and PS TV as nothing more than remote play devices that also offer PS Now and creation of further product to run natively is not of any interest to them. Even in Japan where the PS Vita *is* the lead console, there is *NO* AAA 1st party development. SCE have protested that even after  a possibly poorly translated quote from Masayasu Ito seemed to state that no 1st party title development for the Vita is going on *at all*, that they are still developing for the machine – it’s just not AAA product (though what “AAA” means at this stage is anyones guess – surely the titles having the most spent on them on a format become the AAA product, if there is no tier above?)  However much as Jim Ryan (SCEE) protests this is the case, there is precious little evidence of anything of interest coming. Mind you the assualt of mobile gaming on smartphones isn’t going away and with the 3DS embattled as well as the Vita outside of Japan the business case for either format is looking to be on increasingly shaky ground. Masayasu Ito (SCE/SCEJ) also underlined that they are supporting third party AAA and non-AAA development, but the evidence from UK developers interaction with SCE UK/SCEE seem to suggest that this isn’t the case outside of Japan.

With 500GB PS3 consoles having an SRP of £249.99, while 500GB PS4’s are SRPing at £299.99 and can be purchased as cheaply as £245, and Sony officially discontinuing the PS3 in the Australasian territories as the cost price of manufacturing PS4 hardware units seems to be on a par if not below PS3 now (due to the numbers being produced and less exotic silicon) Sony Computer Entertainment increasingly looks like a one format platform holder. Surely if they wish the PS Vita and the PS TV/PS Vita TV to remain viable as remote play devices, there needs to be more incentive to get one in the first place. I personally have believed for a while a PS mini type system for developers has been needed to replace PS Mobile, but Sony (at least outside of Japan) now seems to be one step away from actively discouraging developers from making Vita games. C’mon guys – deal with this – either set up a structure for small studios to release titles onto the machine (and perhaps also PS4) in a PS Mini style (ie anything under 500MB?) or come clean that it’s just no longer part of any future plans (indeed it’s already been made clear you have no interest in replacing it with a sucessor.) Surely a £99.99 Vita (preferably using MicroSD cards….) with a range of games at £1-£5  as downloads would be a viable business model… unless of course the manufacturing costs for the handheld console make that a nonsense.
Seems such a 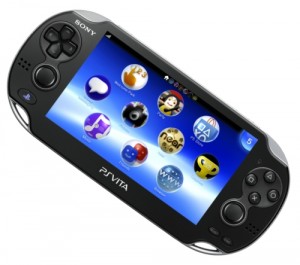 shame considering all the PSP, Mini, PSOne and PS Vita gaming titles that can be played on the handheld that Sony seem so disinterested… though if rumours are to be believed emulation of at least some of those, and perhaps PS2 isn’t too far away for the PS4 to allow PS Store downloads to work, if not discs.

My opinions are not necessarily those of Vita Player.