The upcoming PlayStation Classic has a lot of gamers excited for this latest addition to the PlayStation family. It was no surprise when Sony announced the console as there had been speculation for some time, especially following Nintendo’s two previous Mini consoles. While the first few announced titles have impressed many, there are those who are disappointed with the machine already. The inability to add additional games, and the lack of support for analogue controllers is frustrating many. But is there an official alternative already on the market…?

PlayStation TV – Why It Failed

As much as we all loved it here at Vita Player, the PlayStation TV was a commercial failure in the West. Marketed as an add-on for the PlayStation 4, no-one really seemed to know what it was. Unless you were a PS Vita enthusiast, or already owned one, the chances were that you had no idea what Sony’s microconsole could actually do. While it managed to do reasonably well in Japan, it was marketed differently. There the console was known as the PlayStation Vita TV and there was do doubt of what the machine actually was.

In contrast, the West marketed it primarily as a streaming device to accompany the PS4. The packaging barely mentioned the PS Vita and made only a passing mention of it’s capabilities of running legacy content. It’s no wonder it was axed after such a short lifespan. It didn’t help that many games didn’t run on it. This was limited not by technology but a requirement of the console that meant a minor patch adding a line of code was often all that was needed.

It’s a pity because games that worked (and there are an incredible number) looked truly stunning through HDMI and on a television. It added a whole new level to PS Vita gaming. And that brings me on to the other aspect of what the PSTV offered. Legacy gaming…

What Is The PlayStation Classic?

Unless you’ve been hiding under a rock for the last few months, the PlayStation Classic is Sony’s entry into the plug and play retro console market. It’s a small form factor version of the original PlayStation console, approximately 40% of the size of the original. Offering HDMI output and comes with 20 built-in games rather than an optical drive. As with others of its kind, it doesn’t support original accessories, but it ships with two replica original PlayStation joypads as some of the included games feature multiplayer modes.

Some of the included games confirmed are classics such as Final Fantasy VII, Wild Arms, Jumping Flash, Tekken 3 and Ridge Racer Type 4. With the console being released with an 18+ rating it is anticipated that at least one of the Resident Evil games will also form part of the 15 unannounced games. 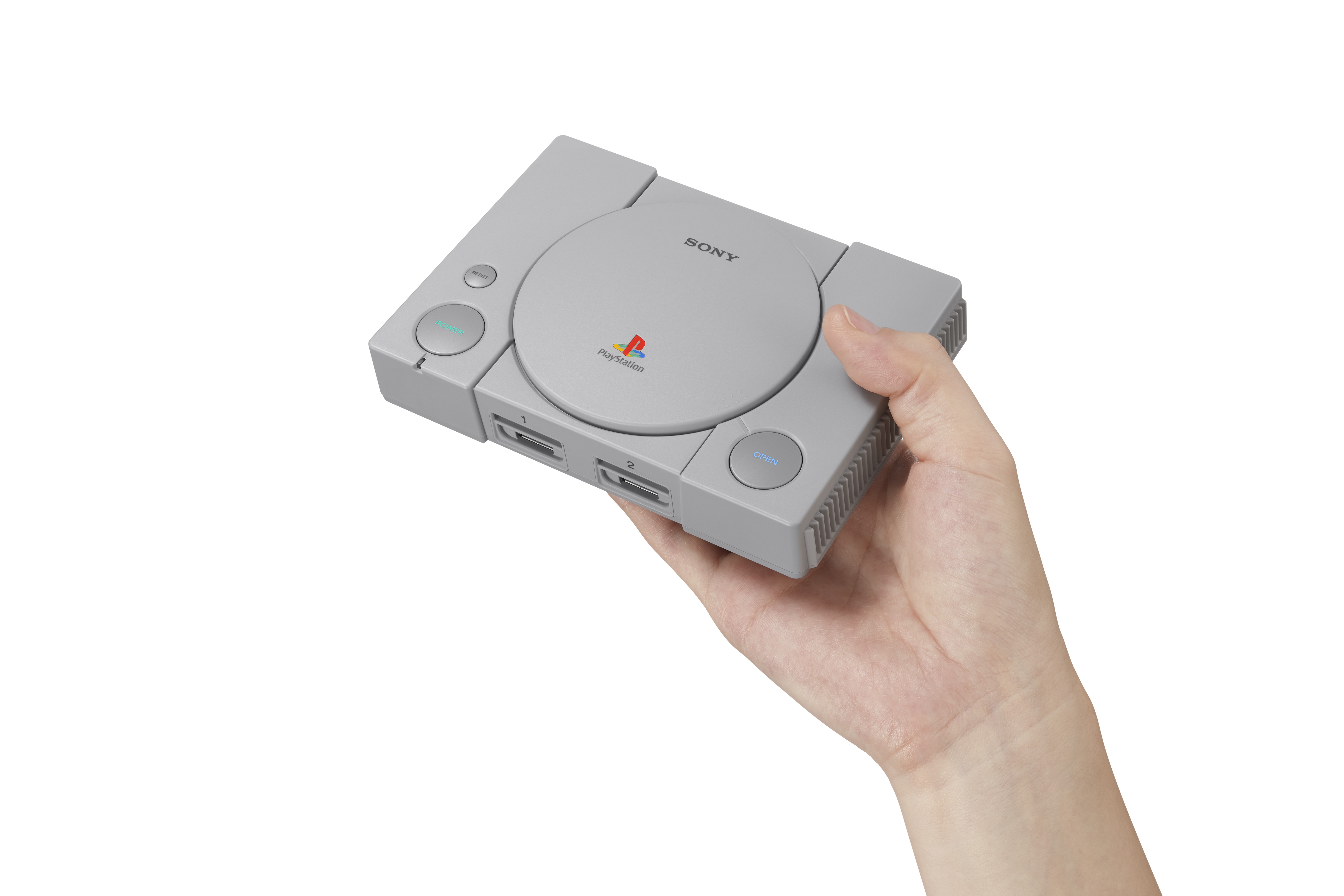