Over the last nine years Zen Studios have firmly established themselves as a dominating force when it comes to developing home pinball on any format, let alone across the entire PlayStation family. They’ve certainly done PS Vita owners proud with Zen Pinball 2 (and subsquently it’s sister title Star Wars Pinball) which have firmly placed them in the top spot when it comes to high quality tables. Each has consistently provided gamers with stunning visuals, sound and – most importantly – playability.

This time, Zen Studios have again continued to extend their working relationship with Lucasfilm and expanded their Star Wars Pinball range and this two-table pack brings Zen’s total to a staggering 69 tables and 13 Star Wars ones, but is the Force with this one…?

Released in December 2015 to coincide with the latest cinematic chapter in the Star Wars Saga, Star Wars Pinball: The Force Awakens contains two tables in a wallet-friendly pack costing just £3.99. The first of the two tables included in this pack is The Force Awakens – what I would consider to be the main table in the pack which focuses of recreating some of the key plot elements from the early part of Episode VII. The second is Might Of The First Order which is a completely original theme featuring characters and new scenarios involving Kylo Ren, Stormtroopers and their thirst for power. 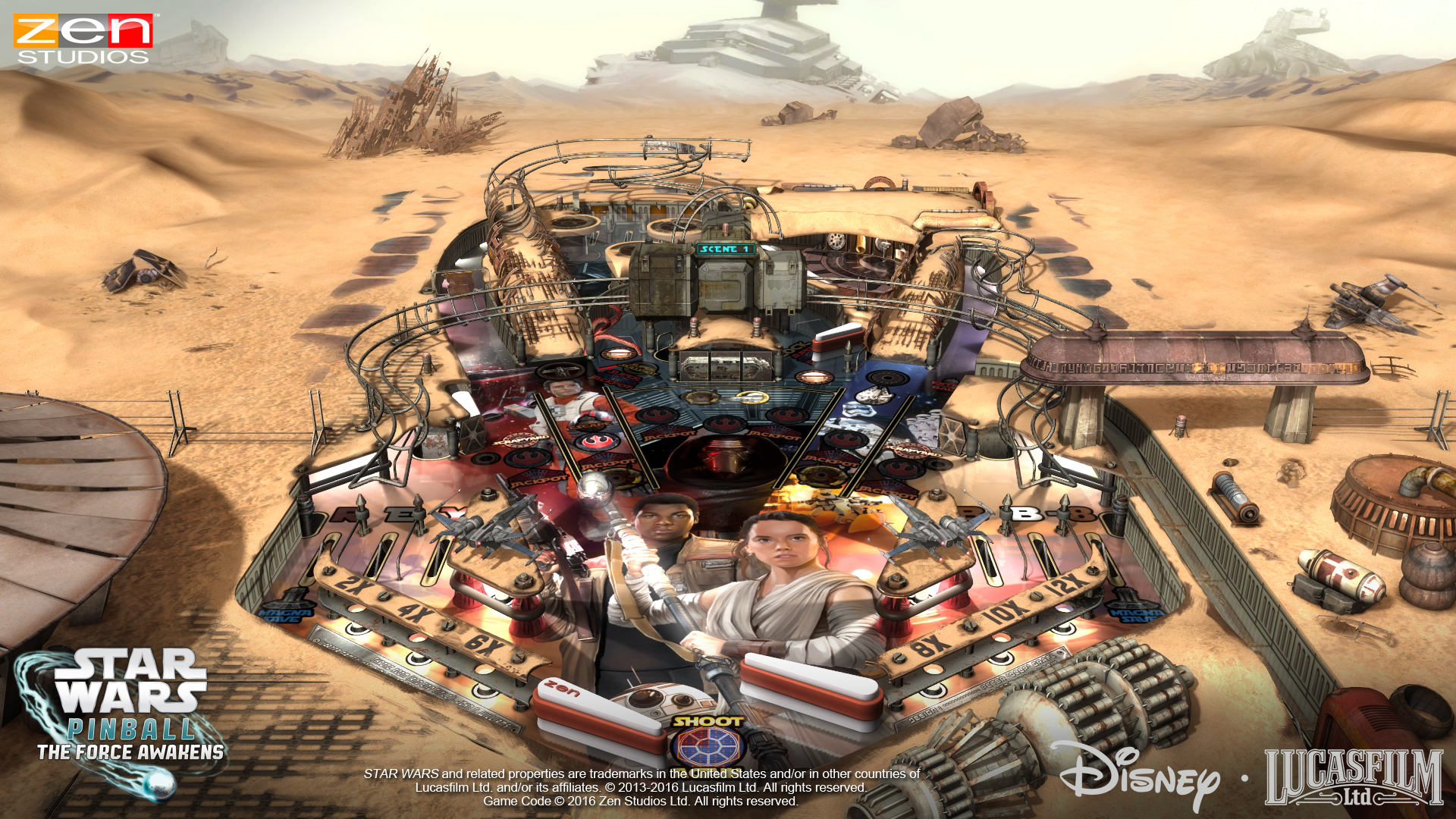 On a technical level first, both maintain the high standards I have come to expect from Zen Studios with all of their pinball tables – they look superb on the PS Vita’s OLED screen and Zen have once again managed to do a superb job in recreating the consolve version on Sony’s handheld. Apart from the slight difference in definition due to the Vita’s lower screen resolution, you’d be hard pressed to tell the two apart, and it’s even less noticeable when playing the game on the PlayStation TV.

As you’d expect, it’s up to their usual high standards. As well as the superb on-table graphics, the game is filled with fantastic table animation and effects. Sound effects… there’s no real need to say anything here when the developers seem to have had access to the entire library of sound effects from the Lucasfilm archive so there’s nothing to complain about on that front. My only real gripe is the music. This is the strange thing… both tables feature John Williams’ classic Star Wars score but neither table has used music from The Force Awakens. Instead, music has been used from the other movies. I don’t know it it’s a licensing issue here or what, but it stood out straight away and didn’t quite feel right listening to the original Star Wars score for an Episode VII game. 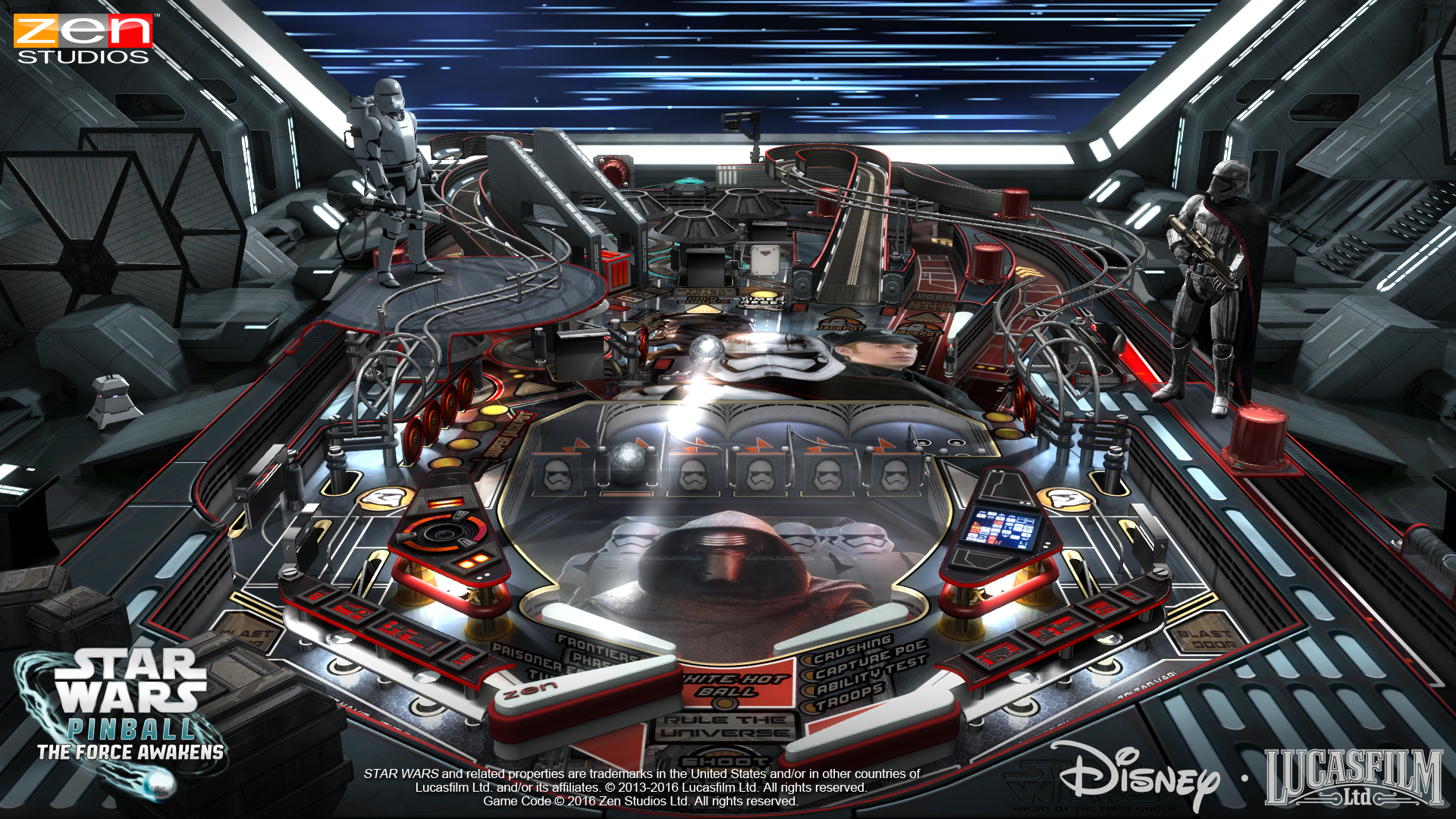 But onto the tables themselves. The Force Awakes focuses primarily on Rey and Finn as the central characters on the table and progresses through several of the movie’s key scenes as you play. From the Millenium Falcon’s escape early in the movie, to BB-8’s capture and escape, and Rey’s scavenging from the start of the film, the table modes are set out logically and are broken down either into mini games in their own right (controlling BB-8 to avoid capture) or as more controlled modes of play on the table itself. Triggering the modes is achieved easily enough so you’re not left feeling frustrated waiting for game modes to start which keeps the pace of the table flowing non-stop from start to finish… and if that wasn’t enough, BB-8 even makes an appearance later on as the ball! It’s great fun and as with some of the earlier Star Wars tables released in the past (The Empire Strikes Back and A New Hope immediate spring to mind) it captures the mood of the movie perfectly. 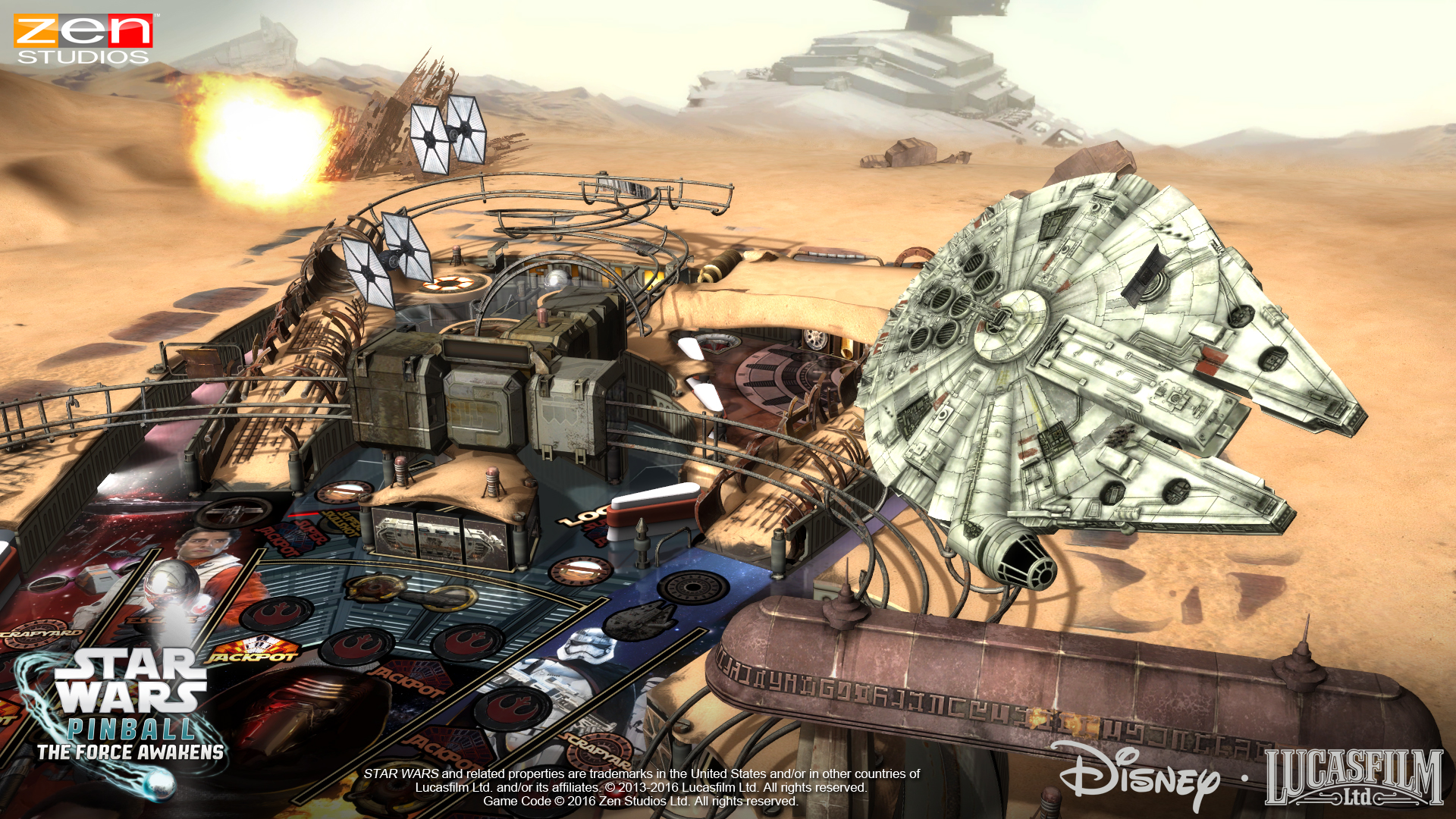 So what about the second table, Might Of The First Order? This is where I felt disappointed by the pack. Don’t get me wrong, it’s not a particularly bad table, it’s just that it wasn’t quite up to the same standard as the first offering and seemed bland in comparison. The drab, militaristic colour scheme certainly sets the overall tone for the game here and essentially puts you in charge of operations for the First Order. Whether it’s an assault on Rebel forces, or mini games where Stormtroopers are in pursuit of Poe Dameron or Finn, it never quite seemed to have any charm or appeal. For the most part, the action on the table felt repetitive and monotonous and even the sunken mini table didn’t help improve the game. As I said, it’s not bad but it’s nothing out of the ordinary and Zen Studios have done much, much better.

As always, the pack supports Cross Buy so you can get the tables not only across all three PlayStation platforms (PS4, PS3 and PlayStation Vita) for the single purchase price but also one purchase unlocks the tables for both Zen Pinball 2 and Star Wars Pinball so for those of you who opted to get the standalone Star Wars Pinball game instead of Zen Pinball 2, the tables are also compatible with that for a single purchase. In essence, buying this pack once will allow you to use both tables, in two games, on three consoles. No matter how you look at it, you won’t find a better deal than that anywhere. 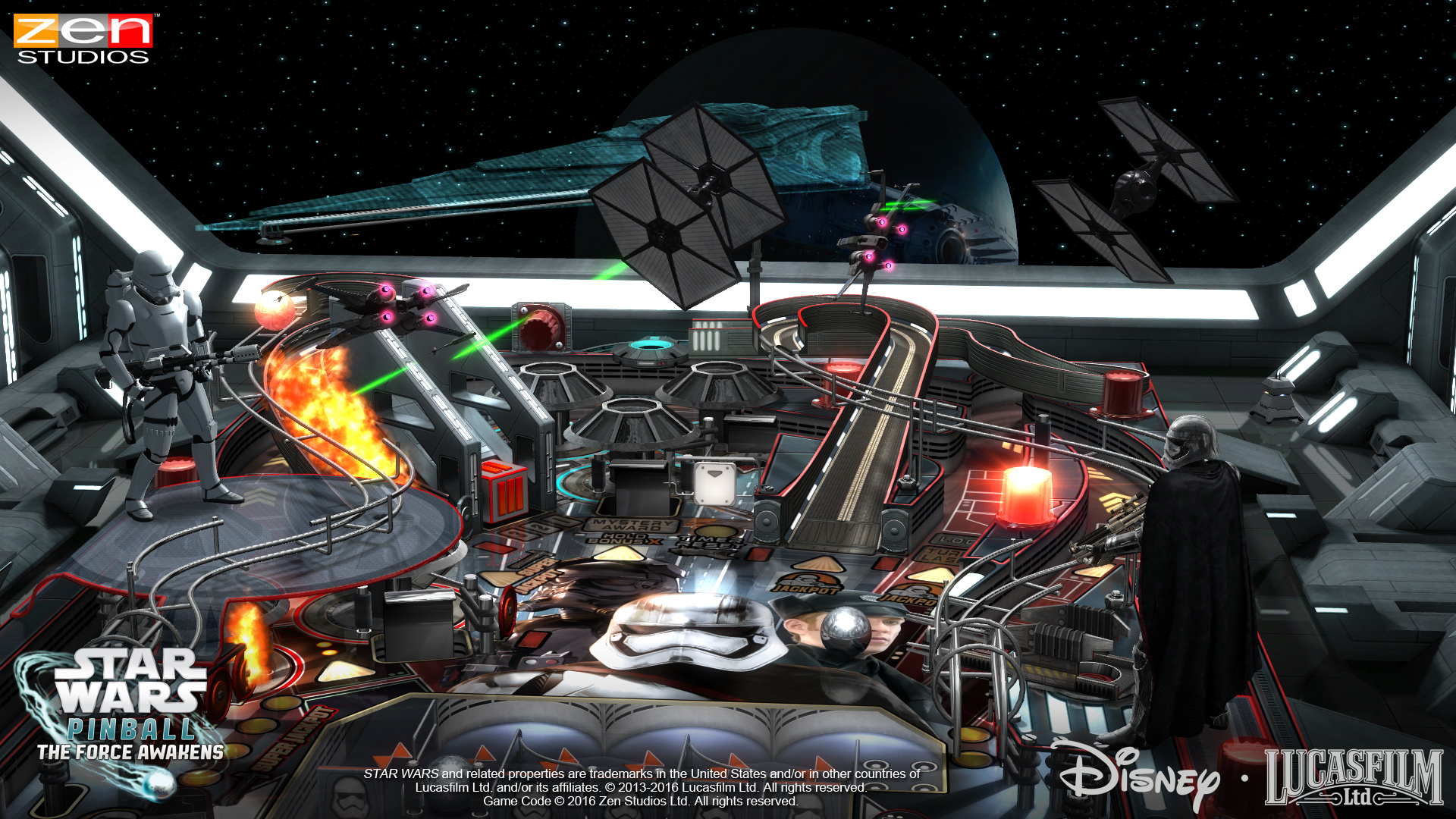 Despite my reservations about Might Of The First Order, this is still an essential pack if only for the strength of The Force Awakens. At the price, this is still a bargain even if it were for a single table (which is the same price charged by Farsight Studios for their tables for The Pinball Arcade) so to pay the same price for two Star Wars tables, it’s not something to be sniffed at. Still a worthwhile purchase and as with all of the sets in the Star Wars Pinball series, it’s an essential addition to the collection.