You could be excused for not knowing that there was ever a darts game for the PS Vita. It’s not the most popular of game genres and while darts games have been around since the 8 bit era starting with 180 from Mastertronic, generally they haven’t set the game world alight.

When it comes to the PlayStation family, we’ve only had a handful of games over the last few years skipping the original PlayStation completely. You had PDC World Championship Darts in 2007, which was available on the PS2 (and also the PC), and the following year the sequel hit the shelves.  As the consoles upgraded, so did the game; 2010 saw the PDC World Championship Darts Pro Tour released on PS3 – which incorporated the PlayStation Move into the game.

There was little fanfare for the game and little media attention and hence the games flopped quite considerably. However, that was 2010, before the PS Vita arrived. The only other game to see the light of day was Arcade Darts from Super Icon released as part of the Minis range for the PSP. Even though the Vita is only two years old, we have already seen two darts titles released so far – Top Darts and Indoor Sports World. 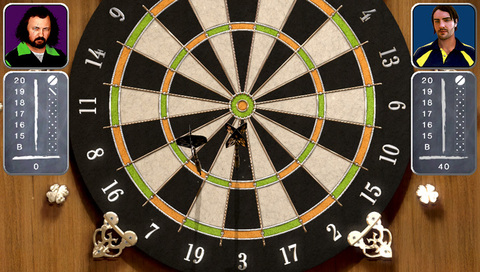 Released in 2012, Top Darts takes the more traditional approach of providing a straightforward darts game, multiplayer modes, 14 variations on the classic game and as is commonplace today takes advantage of Sony’s Cross Buy initiative allowing buyers to get both the PS Vita and PS3 version of the game for a single purchase.

In contrast, 2013’s Indoor Sports World from Super Icon takes darts back to its pub roots and provides gamers with a multitude of pub games and as such darts play just a small part in this package of games. This PlayStation Vita exclusive has had something of a mixed reaction from the gaming community and many gamers found it to be a rather difficult and challenging game and as with many of it’s predecessors it’s one that slipped by many gamers completely. 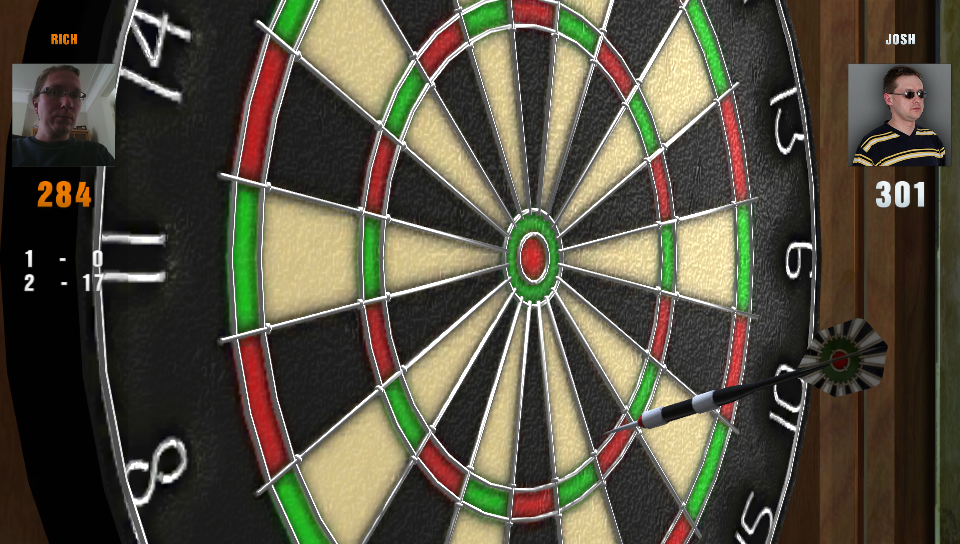 One thing that all of the Vita (and PSP titles for that matter) had in common was the lack of any official license attached to them meaning that all of the AI opponents were original creations. Players simply had no chance to put their darts abilities to the test against some of the best players in the world – the biggest downfall in all of the games released and no matter how good the games were, it limited their appeal.

Moving on to 2014 and darts is a completely different animal once more. It has seen its popularity surge in recent years. No longer is Phil Taylor the only well-known darts player at the oche. Players like Michael van Gerwen, Raymond van Barneveld, James Wade and Adrian Lewis are other darts players fashioning out their own names.

Extended television coverage has sent darts’ popularity into the stratosphere. There is of course the season ending PDC World Championship – this year 960,000 people tuned in to see MVG, who is the favourite with Betfair to retain his title come New Year’s Day, beat Peter Wright. That was 100,000 more than the people who opted to watch Southampton vs. Chelsea earlier in the day – there is also the immensely popular Premier League of Darts which attracted over 10,000 fans per venue, and the Grand Slam of Darts which invites players over from the rival BDO organisation.

With its bourgeoning popularity it seems only natural that we get treated to a game, and here’s why a darts game would be so good.

There are numerous game modes that could be excellent in a darts game. They could borrow heavily from FIFA’s Be A Pro mode. You start out in the pub circuit, before moving up to county level and gaining entry into the PDC Qualifying School. Once you have your card you are allowed to move up to the PDC Tour and from there your aim is to earn enough ranking points to make it the World Championship and have your name etched next to Taylor, Van Barneveld and Van Gerwen.

What darts has done brilliantly is to differentiate its tournaments, most notably with the Premier League, and this too would make for a brilliant game mode. Either you select a player, or opt to go with your own character, you can take on the other nine best players in the world in the financially lucrative Premier League, where you try to stave off relegation and make it to the playoffs. Will you be able to reign supreme once at the O2 Arena?

Memories have been made at the oche. Darts is not over until the fat ladies sings, and this is what makes it so pulsating. It is one of the few sports where victory can be snatched from the jaws of defeat. Adrian Lewis’ comeback in the 2011 World Championship semi-final springs to mind: 5-1 down in sets he managed to progress 6-5; he went onto to win the tournament. A scenario mode including comebacks, nine-darters, under pressure check outs are not only going to be extremely challenging but they will be extremely fun.

For handheld devices darts is a perfect game. Due to it being a sport game it doesn’t need to be too time consuming. A quick game of 501 takes no longer than two minutes. It is a game that has the same time constraints as many casual games, making it perfect for gamers on the move.

With the PS Vita’s six-axis motion sensor capabilities and touch controls these are perfect for making the ebb and flow of darts feel more realistic than ever and although it won’t be as good as a darts board, it won’t be far off. To conclude, we need a new darts game. The popularity merits one, while the depth of tournaments and the wealth of talent currently involved in the sport ensure that the game will be well received.

About Simon Plumbe 890 Articles
Husband, father and lifelong geek. Originally from the West Midlands, now spending my days in South Wales with my family and a house full of animals. Passionate about video games, especially retro gaming, the Commodore 64 and PlayStation Vita. Love pro wrestling, sci-fi and I'm an animal lover and vegetarian.Enjoyed this and my other articles? Why not buy me a coffee: http://ko-fi.com/simonplumbe