Nostatic Software is like so many other developers who have taken to working on PlayStation Mobile – a small, one man studio run by Mike Oliphant. Responsible for releasing a wide range of games on platforms as varied as the XBox 360, Android, Windows Phone, and iOS, Mike expanded into converting his games to PSM in 2012. We took the time to catch up with him to talk about his work…

First, can you tell us a bit about yourself?

I’m a full-time independent game developer. Nostatic Software is a one-person shop. I wear all the hats – programming, art, audio, marketing – the lot. I’m worse at some of these tasks than others, but I somehow I manage to muddle through…

I’ve been an avid gamer ever since I was a kid playing the early games in arcades and on the first home computers.

What prompted you to start programming?

My first computer was a Commodore Vic 20. I wanted it mainly so that I could play games, but eventually started to program it. It booted up to a prompt that let you type in BASIC programs, so the programming interface was pretty front and center.

PlayStation Mobile has been compared by many to be the natural follow-on from the PlayStation Minis range. Would you agree with that?

I guess there are similarities, but to me, the key element of PS Mobile is self publishing, which wasn’t the case for PlayStation Minis. Self publishing is a complete game changer for small devs like me. Without it, my game development career wouldn’t be possible. 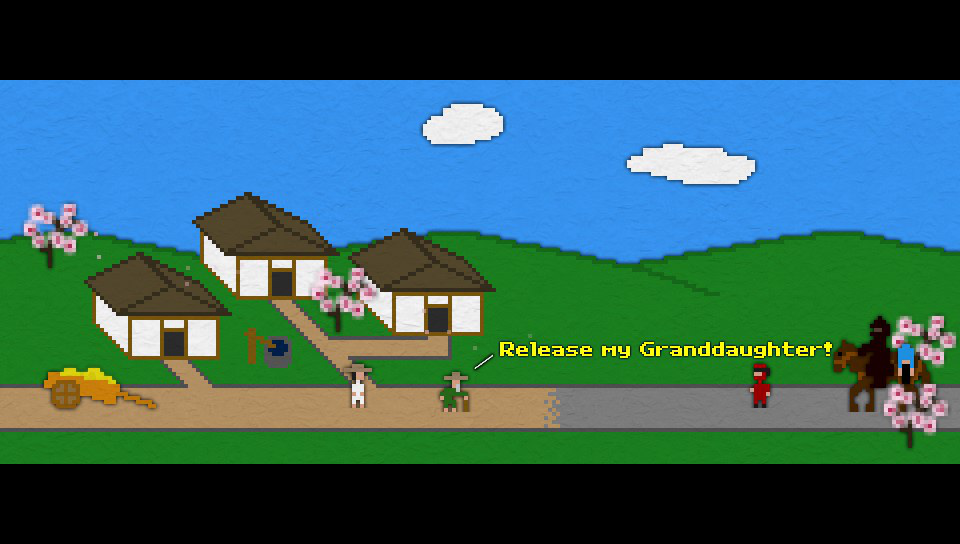 How easy have you found it to develop for the format?

It was a bit frustrating at first, but now that I’m used to it everything goes very smoothly. The SDK has some rough edges, but overall it is pretty easy to work with.

How difficult was it to port all of your previous games across to PSM?

I have my own game engine that sits underneath all of my games. It took some time to get my engine running on PSM, but once that was done it became pretty easy to port the actual games. 99% of my actual game code is the same across platforms.

How supportive have Sony been in helping you bring your games to the platform?

PSM is pretty hands-off. I’ve had some contact here and there with people at Sony, but the publishing process is fully automated.

What have sales been like so far for your games on Playstation Mobile?

I’ve been happy with my PSM sales. The Vita doesn’t have a huge customer base compared to other platforms, but Vita owners are passionate gamers. I think it would be hard for a game developer to focus only on PSM, but it works well as part of a cross-platform strategy.

All of your games to-date have adopted a retro styling reminiscent of the 8-bit era. Were you intentionally trying to recreate 8-bit style games for mobile devices for the look and gameplay, or or was it just the visual style that appealed to you?

I use a pixel art style for a lot of my games for a number of reasons. First, I like the style. Second, it keeps asset sizes manageable. Finally, it is a consistent art style that I can personally achieve good results with. 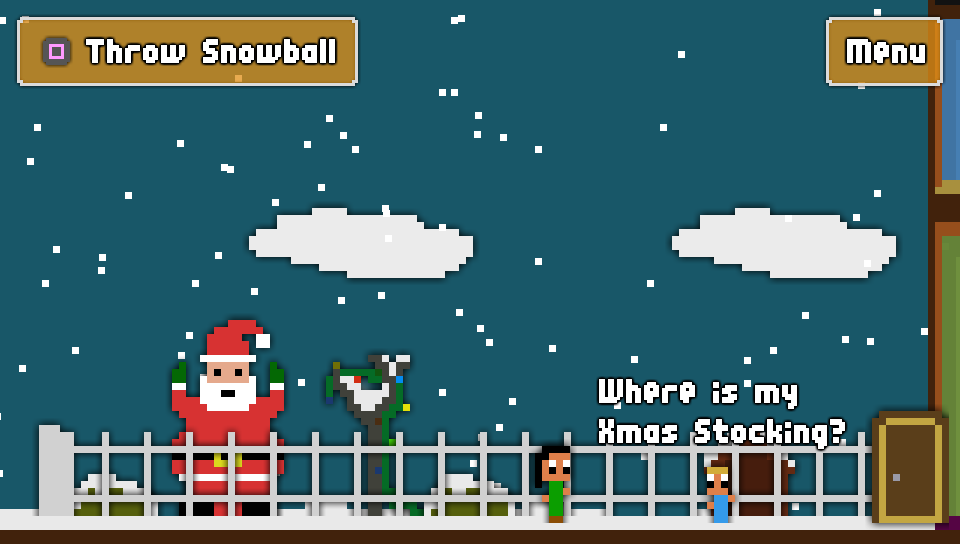 Have you been frustrated by the slow roll-out of PlayStation Mobile globally?

It hasn’t really bothered me. Sales are generally by far the strongest in the regions they supported from the start. I can see how it would be frustrating for Vita owners in an unsupported country, but as a developer it hasn’t really been a big issue.

We’ve strong supporters of PlayStation Mobile here at Vita Player and we’ve been frustrated at the limited marketing done by Sony for PSM in comparison to Vita games generally. Do you think Sony could be doing more to help developers with the promotion of the their games?

More press is always better. Sony has actually been pushing PSM a bit more recently. My last two releases have been written up on the PlayStation blog, which is nice.

What do you think could be done to help address the image that PS Mobile games have that they are “Android ports” as opposed to quality games in their own right?

The games have to speak for themselves. My games are all on multiple platforms, but I do my best to make sure that they are well adapted to each individual platform. On the Vita, that means making good use of the physical controls.

Hardcore gamers have complained for some time about the lack of leaderboard and Trophy support in PS Mobile games. Although leaderboards have now been added and some developers are updating their games to include them with the promise of trophies in the near future, are these important to you and do you think that their absence has had an impact on sales?

Leaderboards are a really nice addition and I’ve added them to a couple of my games. Trophies would be great – some gamers seem to find games pointless without them. I’d be surprised if they get added to PSM, though.

Overall, so far how would you say that PlayStation Mobile fares in comparison to the other platforms that you develop for, both in terms of a development environment and for sales and distribution?

The development environment is less mature than on other platforms, but it gets the job done. In terms of sales and distribution, I actually do better on PSM than on, say iOS. The biggest reason is exposure – so many games are released on iOS and Android every day that it is hard to even get noticed. The smaller game catalog of PSM at least gives you a chance.

You’ve diversified on PlayStation Mobile to release non-gaming titles as well, namely Fractopia and MapCache Offline Maps. Has there been any interest in either of these from the PSM gaming community?

MapCache was my first PSM “App”. I had no idea whether there would be any interest in it, but it actually has done quite well – as has Fractopia.

While they’ve been fun to play, some criticism has been levied at Quiet Please! and the sequel, Quiet Christmas as being too short. Was this frustrating to to hear as a developer?

The short length of the games was a conscious decision – they are designed to be a quick bit of fun at a low price. With Vacation Vexation I decided to make a longer game, but it also costs twice as much. 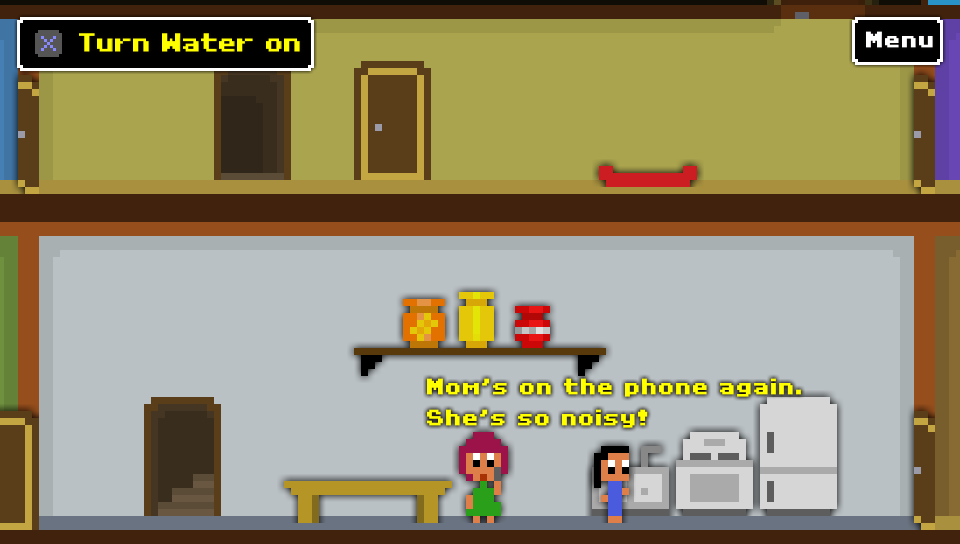 Will there be any more adventures in the Quiet Please! series?

Which of your games are you most pleased with to-date?

Hard to say – it is a bit like asking a parent to pick a favorite child. I really like Ascent of Kings – although it has been one my least successful game from a sales perspective. And, of course, “Quiet, Please!” was a pretty important game for me – it sparked a series of games that a lot people have played and enjoyed, which is very rewarding.

Finally, can you give our readers any hints at any forthcoming titles that you’re working on for PlayStation Mobile?

I’m currently working on “ComicStation” a digital comic book viewer for PSM – it should be finished soon. I’m also playing with various new game ideas, so keep an eye out.