Established in 2005, Laughing Jackal have been supporting the PlayStation range for many years, developing games initially as part of the PlayStation Minis range including titles such as Duael Invaders, Vibes, Ace Armstrong vs. the Alien Scumbags, Stellar Attack, Cubixx, Orbit, the Fighting Fantasy series of game books and the award-winning zombie chain reaction puzzler OMG-Z.

Since then, they have branched out into releasing titles for the PS3 and most recently the PlayStation Mobile format and have just announced their first PS Vita game. We were able to talk to their Community Manager, Ross Brierley…

Can you tell us briefly about your role at Laughing Jackal?

I’m the Community Manager, which means I’m responsible for all communications with our fan base. I run our social media pages and our blog and also respond to emails from our fans.  I also help out with the testing on many of our games.

Fans of the books have been impressed with the two adaptations you have produced so far of the Fighting Fantasy adventure game books as part of the Minis range. Can we expect any more of these from you in the future?

Unfortunately it’s unlikely, at least for the near future. While a lot of us grew up with the series and really enjoyed working on them, at the moment we’re just too busy with other projects.  We’ll certainly revisit these if we get the opportunity though.

Many have likened the PlayStation Mobile platform as being the natural successor to the Minis. As a developer, would you say that this is the case from your perspective?

Yes, I’d agree. Considering the continued growth of gaming on mobile phones, I think that bite size games like minis perhaps have a more natural place on Sony’s PlayStation Mobile platform.  PSP Minis were actually a great place for us as a small developer to cut our teeth in the daunting environment of publishing on consoles and handhelds but Sony were very helpful throughout the whole process.  I’d even say that they’ve made more of an effort to make PlayStation Mobile more accessible for developers like us to release titles on the platform.

You’ve recently been involved with Sony’s six-week promotion giving away PlayStation Mobile games which resulted in the PS Mobile version of Cubixx being available free to download for a week. How did this come about?

We were kindly asked by Sony if we would be interested in making Cubixx available for free as part of their promotion to raise the profile of PlayStation Mobile further, and obviously we jumped at the chance.  For us it was an excellent opportunity to gain some serious exposure for not only our game but also our company.  Hopefully plenty of gamers are now enjoying the game and will try some of our other titles.  Actually, the fantastic OMG-Z is currently part of the same promotion, so go and grab a copy while you can. 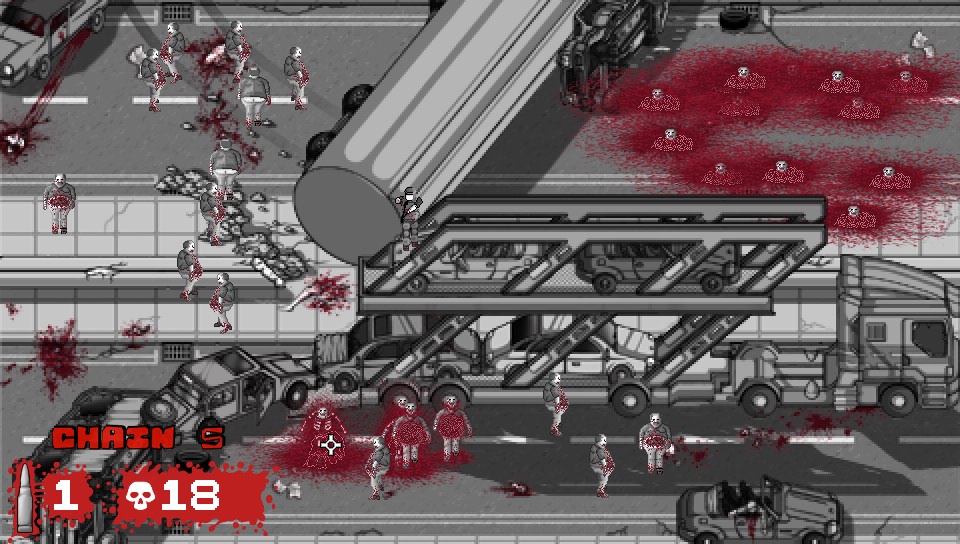 How different is it to develop for PS Mobile compared with the PS3 or Minis?

Developing for PSM was a really positive experience for us.  Obviously developing high end games specifically for the PS3 can be quite a complex process, but having a number of minis already under our belt meant that developing on PSM was a reasonably straight forward process (just don’t tell our programmers that I said that ).  With Cubixx, for example, it was only a matter of weeks before we had the mini up and running on PSM, with the usual production and testing requirements on top of that.  Also, PlayStation Mobile actually offers expanded possibilities over minis that devs can take advantage of, so the sky’s the limit really.

You’ve just announced that your first Vita-specific title is going to be a new version of Hungry Giraffe. Why did you make the decision to do a third incarnation of the game for Sony systems rather than a brand new game?

After finishing the Minis version, the primary motivation for the PSM release was so that we could be one of the first to have a title on Sony’s exciting new platform.  As with most games, there are always lots of features that we wanted to include in the original versions but couldn’t, so ultimately we decided that a fully featured version on the Vita was the way to go.  The Vita offered us so many more possibilities that it would have been a wasted opportunity not to adapt the game for the handheld and be able to add the features we really wanted. 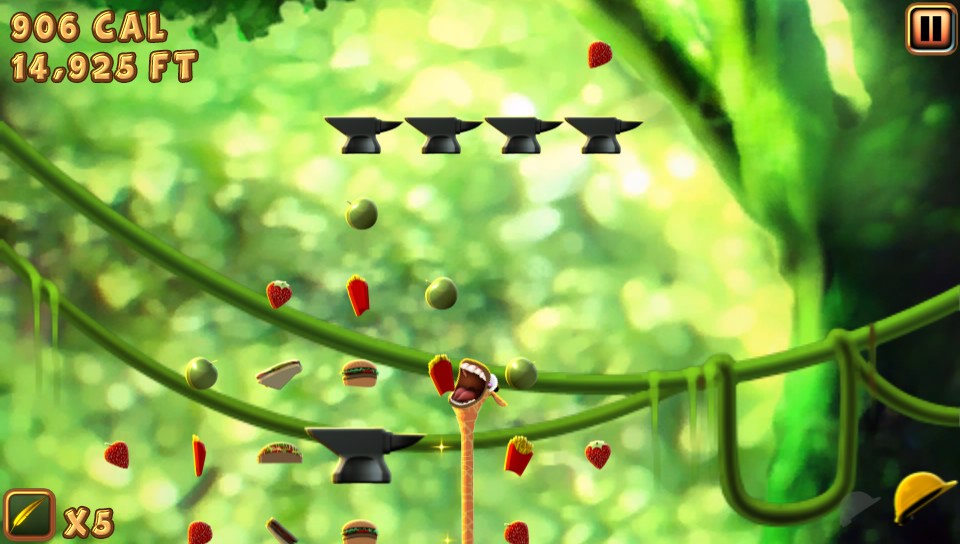 You’ve also hinted at two more games in the pipeline. Will these be original titles or will they be updated versions of your older Minis as well?

A little from column A and a little from column B. 😉 One is likely to be an update, while the other is going to be a completely new title.  Those of you who’ve been following us for a while may know it as the infamous ‘Mystery Game X’.

Can you give us any clues to what they might be?

I can’t say too much but, the first is one likely to be a hugely upgraded version of one of our most well-regarded games and is a perfect fit for the touch screen capabilities of the Vita.  The second is a much more action-orientated game than we’ve done previously with a lot of focus on level design. Beyond that my lips are sealed I’m afraid…

At the moment the Vita hasn’t sold in the numbers that Sony has expected. Do you think that it’s still a viable platform for developers to be profitable?

We wouldn’t be making games for it if we didn’t.  As with any console, the key is to have an idea how many you’re likely to sell and then budget things from there. While the Vita user base could be larger (and will undoubtedly grow following SCEE’s announcement about the integration of Vita with PS4), as a machine it’s probably the ultimate expression of a handheld so far.  Like us, Vita owners are passionate about handheld gaming and we’re hopeful that many of them will enjoy our games.

Will any of your other Minis be updated for PS Mobile at any point in the future or are you limiting the back catalogue to just Hungry Giraffe and OMG-Z?

I’d say that it’s fairly likely that all of our existing catalogue will be brought on to PSM in the not too distant future.  We’ve got our hands full with a number of other projects right now, but I think it’s only a matter of time.

Which of your games are you most proud of so far?

Tough question. I know it’s a bit cheesy but I’m honestly proud of all of them (how did you know I was going to say that?)   Standout favourites would have to include Cubixx HD on PS3 since it was our first full console title but top of the pile would be OMG-Z.

It was a simple concept that came together so easily.  The basic gameplay mechanic of trying to start chain reactions by exploding a zombie is a lot of fun and when you combine that with some excellent balancing, a fun upgrade system and a distinctive art style which really highlights the gory fun of the explosions it adds up to a very compelling game.  And of course, judging by the phenomenal review scores it has received I think my choice is easily justified.

Given the chance, are there any of your older titles looking back now, that you would have done differently or changed parts of?

Good question.  I think we perhaps tended to make some of our earlier games too hard.  For example we actually had to patch Ace Armstrong vs. the Alien Scumbags to make it easier on the lower difficulty levels.  I do feel we’ve got better at judging the difficulty of games since then, however. 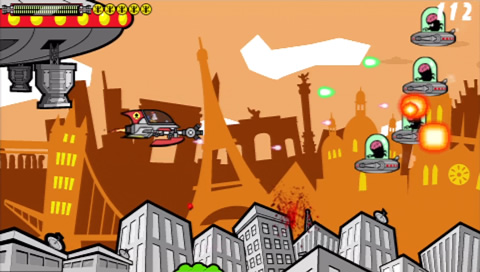 We’ve seen the price of downloadable games vary considerably as part of the PS Minis and PS Mobile range. When it comes to releasing a new game on the PSN Store, who is responsible for setting the price of your games?

As a team, we’re collectively responsible for setting our own prices so we make sure that we do our homework and try and remain competitive with other products out there.  I think the high degree of variability is natural as all game producers have to find the right pricing for their product.  It’s not a straight forward process by any means, but I have to say though that selling digitally through PSN and PSM compared to retail definitely gives us a lot more flexibility.

Have there ever been any games you have started to develop, but later cancelled prior to release?

There have been a few, yes.  Digitars: The Magnificent Flying Funfair in particular stands out.  It was a DS game which I’d describe as “My first RPG” and was actually finished but sadly never released.  There were also a few that reached the design and prototyping stage; Fail Sports which was a PlayStation Move parody of the mini-game compilation genre, Graphic Violence which was going to be a 3D arena shooter for PSN but with 2D player characters and Spudz which was designed for minis but never got beyond the early stages.  On the plus side, we have a good stack of unfinished concepts that we can go back to as we never throw any ideas out.

Finally, while it’s been prevalent for PC projects and even one or two proposed games for the PS3 and XBox 360, would you ever consider Kickstarter funding if you had plans for a more ambitious PS Vita game to ensure that it was brought to market?

It’s certainly something we’d consider if the right circumstances arose.  We’ve seen a lot of developers enjoy a great deal of success Kickstarting projects that they would have otherwise been unable to fund and there are a lot of interesting projects that have come about because of Kickstarter.

We’d like to thank Ross and everyone at Laughing Jackal for sparing their time for this interview. For more information on their games, visit their website at http://www.laughingjackal.co.uk