After the success of many of their earlier table packs for The Pinball Arcade for the first two “seasons” of the game, the releases changed focus for season three and instead of being released in double packs of two tables at a time Farsight Studios took the bold move of releasing tables individually for £3.99 each (more for premium tables) but also introducing the concept of season passes offering a complete set of ten tables at a reduced cost. WHO dunnit was released as part of that first wave and was the 45th table released overall for the game…

The 1995 table from Bally centres around a somewhat clichéd pulp detective story that you are thrust right into. You take on the role of detective Nick Space and have to solve various murders, dealing with criminals, finding clues, interviewing witnesses and suspects until you solve each case presented towards you. As with every table, it’s just an excuse for a great game of pinball but it sets the scene for all of the different elements that make up the game, along with the sights and sounds that go along with it. 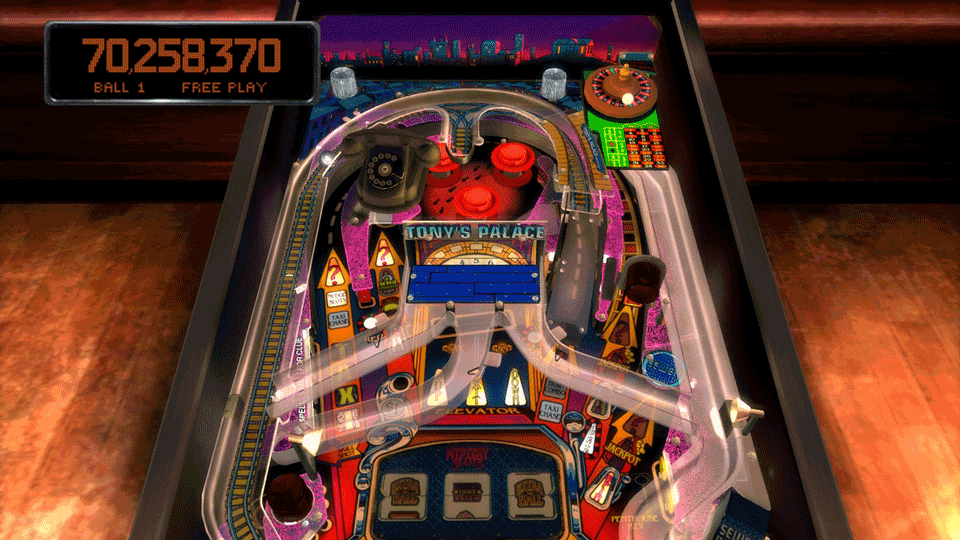 You help your trusty gumshoe along the way with his investigations exploring the city traveling the railroads, answering calls propelling the ball towards the on-table telephone, and delving deep into the seedier side of town as you follow up leads into the casino. As we’ve seen with other tables using similar elements in the past, it offers a degree of working gambling functionality to add to the game’s atmosphere, in this case a fully functional slot machine. It’s not just a gimmick here though as it’s an integral part of the game, used throughout to control bonuses, trigger game modes and plays a vital part of the table throughout. Equally, the roulette wheel in the casino element gives you the chance to gamble part of your accumulated points to increase your score. Definitely an original gameplay mechanic, even for a casino element in a table and winning extra points is just as satisfying as grabbing a 2018 Titanbet Bonus Code.

The table is fast paced but it never feels rushed as each of the murder mysteries unfold. Controls feel tight and it’s a high-scoring table so even short games feel quite satisfying. Being quite a modern table (compared to many released for The Pinball Arcade) it has a ball save feature at the start of each turn as well – something that’s a personal gripe of mine for tables that don’t offer it. What makes this one such a fun table to play is the sheer diversity of the game modes, on-table action and relative ease of triggering the different modes and multiball modes. Don’t mistake that for this being an easy table because it isn’t but it does make it more accessible and more enjoyable from the offset having earlier access to some of the table’s more extended features from the start. It certainly makes it a better table for newcomers who are put off at the lengths some tables need players to go to to unlock multiballs and high end bonuses and this made quite a refreshing change.

Back to the game and each mystery is played out using the video display with some wonderful animation, great voice work, all backed up with great sound effects and a superb soundtrack. A piano score runs during the menu and some of the sequences during the game but the bulk of the table is played to a renditioning of the Peter Gunn Theme (think Spy Hunter). For me that’s really the icing on the cake and just makes what is already an intensely playable table even better. 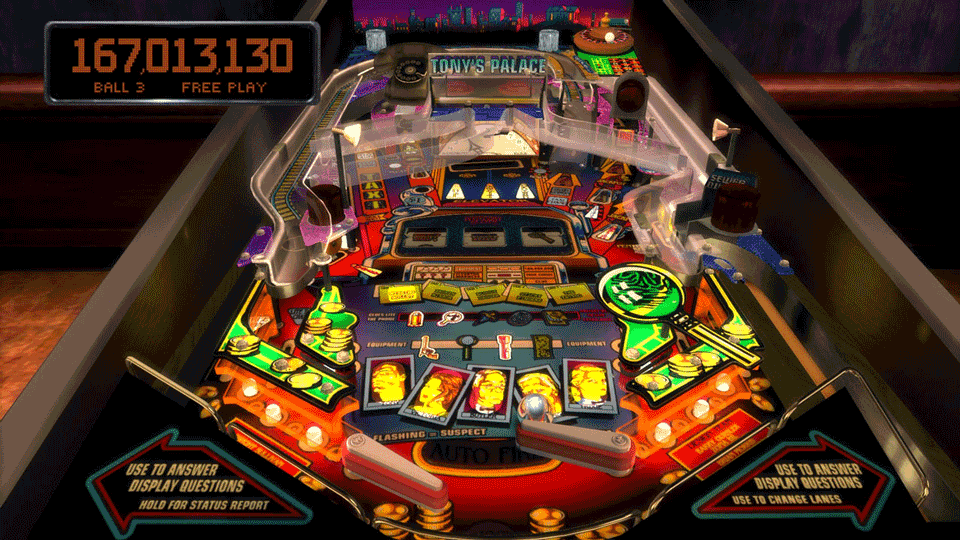 Is it the best table that Farsight Studios have released for The Pinball Arcade? No. that honour would still have to go to Star Trek: The Next Generation, but this is a solid performer and I’d have to say that it’s one of the best tables released so far.