When people talk about indie games, the image that immediately springs to mind for many is that of a retro-inspired or retro-themed game with quick pick-up-and-play game mechanics, often rogue-like, pixel graphics and chipsound music and sound effects. That’s not always the case but it’s a sterotypical image that the indie development scene has had to contend with for the last few years. So it came as no surprise when Bit Dungeon Plus from developers Dolores Entertainment landed in my inbox to take a look at when it turned out to be a retro-styled rogue-like dungeon crawler… 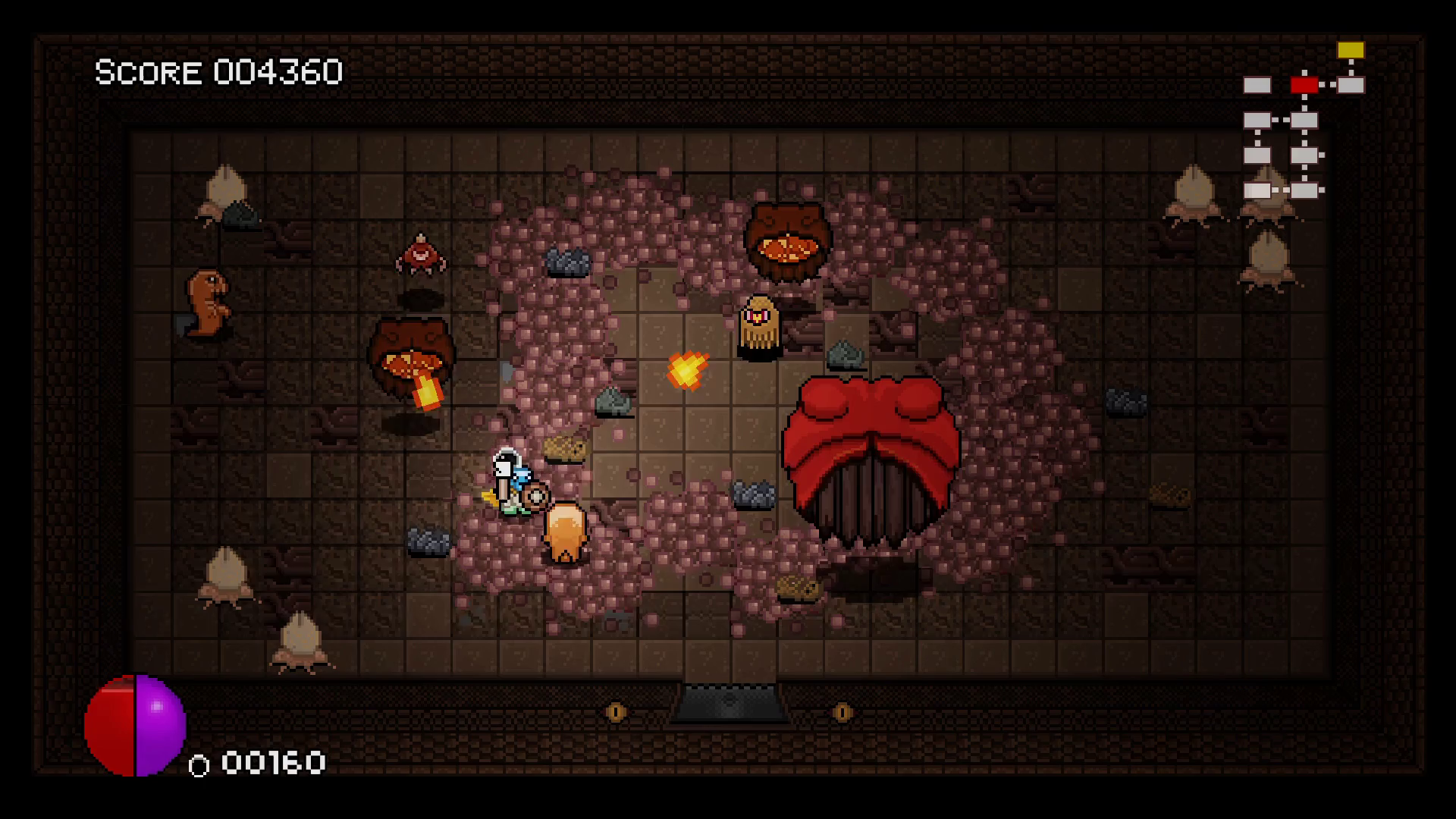 Okay, I’m being unfair here but in all honesty that’s unfortunately the first impression that this gives to any gamer both from screenshots and in the PlayStation Store when browsing which sadly doesn’t help would-be buyers of it. For retro gamers like myself it’s quite the opposite as these are the games I’m drawn to more alongside JRPGs but for those looking for their next AAA fix or something that resembles a bigger budget title Bit Dungeon Plus is already facing an uphill struggle.

The story is a clichéd affair – kidnapped by demons along with your friend and thrown into a dungeon and left unconscious (a typical day for many of us weary adventurers). You awake to find yourself alone (okay, your friend has disappeared at least) and with nothing but a sword and a horde of creatures around you. You have to fight your way out, escaping from room to room, until you can beat the end of level boss to find your friend and escape. 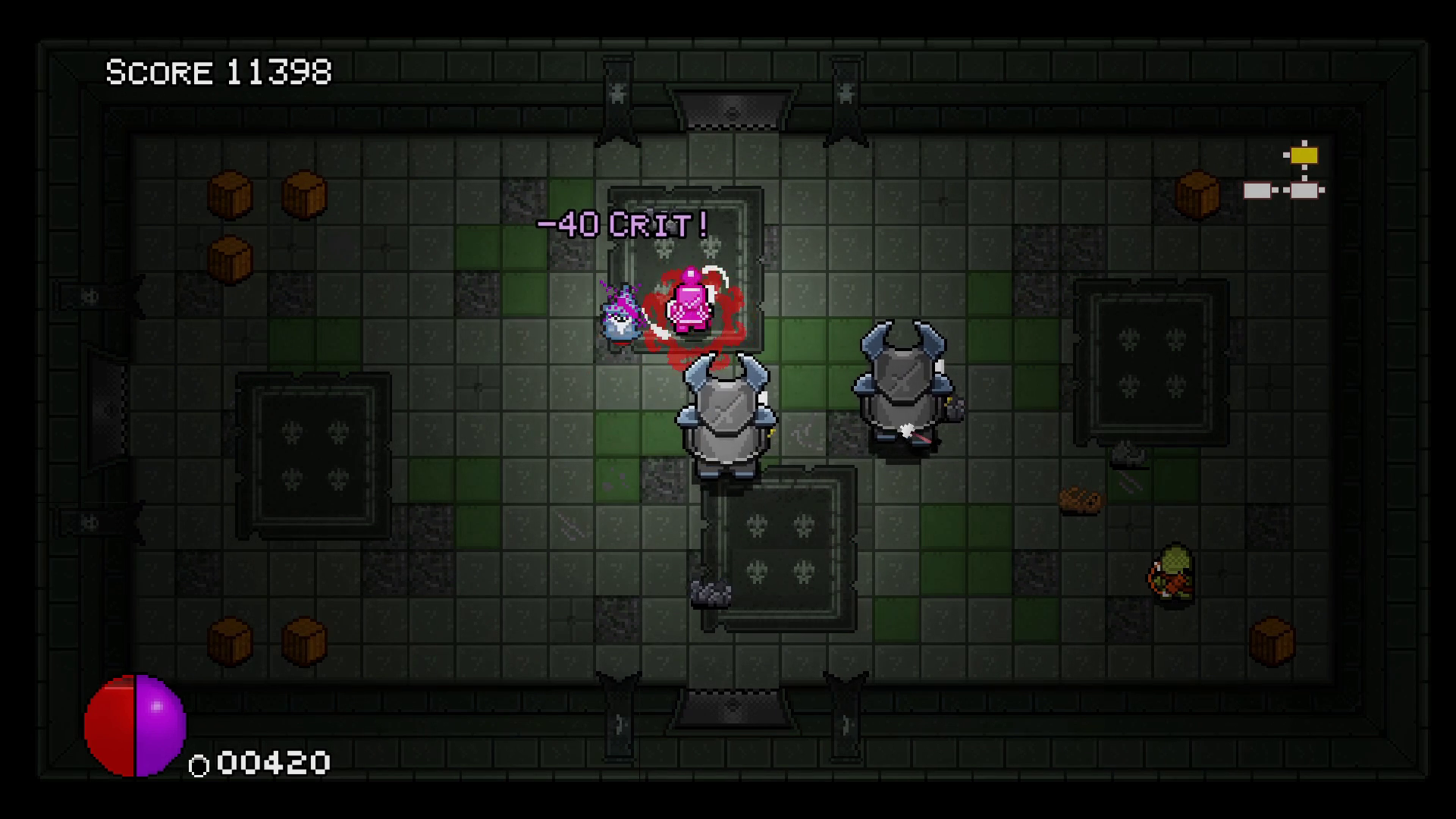 You’re helped along the way by weapons and accessories you find in crates and other containers you find littered around the dungeon (pretty careless if you ask me, leaving weapons near prisoners who might escape), and coins and health potions dropped by creatures you kill. Coins can be used in the shop found on each level to buy health, and additional weapons and armour… although the shopkeeper seems to be lost and wandered into the wrong game as he looks somewhat like Yoda. 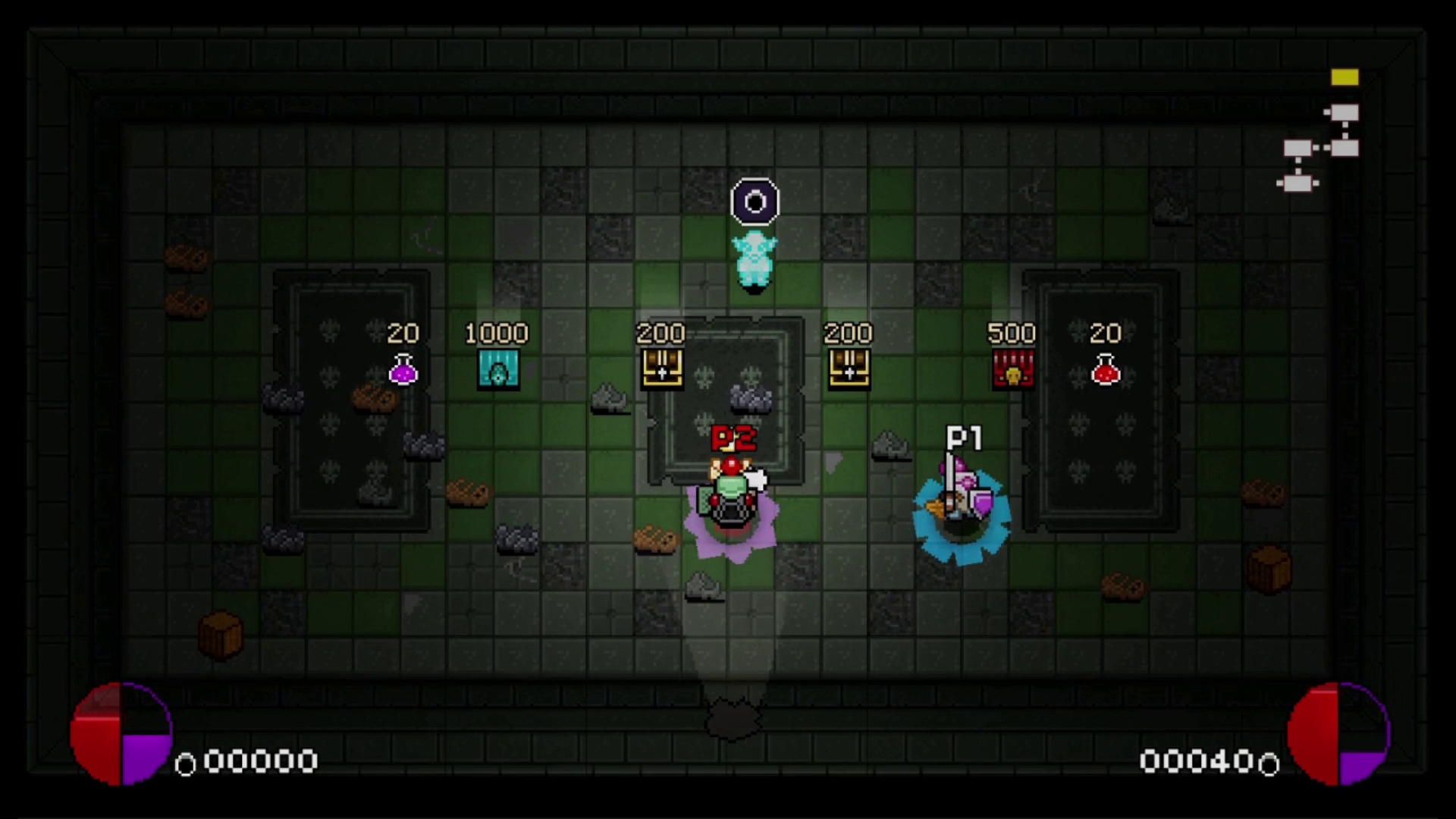 Back to the game itself and it’s typical arcade hack and slash affair with the action buttons used to attack, defend, magic and to bring up the on-screen map / your character stats so you can get in instant view of what affect your current weapons and accessories have on your character. At different points during the level, sub-bosses are encountered and on defeating them you can choose between three stats bonuses to increase your health, attack or critical hit bonuses. Once you clear a room, a key appears allowing you to leave and move onto the next.

Bit Dungeon allows for relatively free movement around the dungeon so you can return to rooms as often as you like. Instead of respawning the same random creatures to attack, instead you face packs of dog-like monsters and while these won’t provide you with the opportunity to pick up new weapons and accessories, they are a great benefit for health boosts and coin pickups so if you find yourself in a sticky situation and running low on health, a bit of grinding back through past rooms is a welcome diversion. 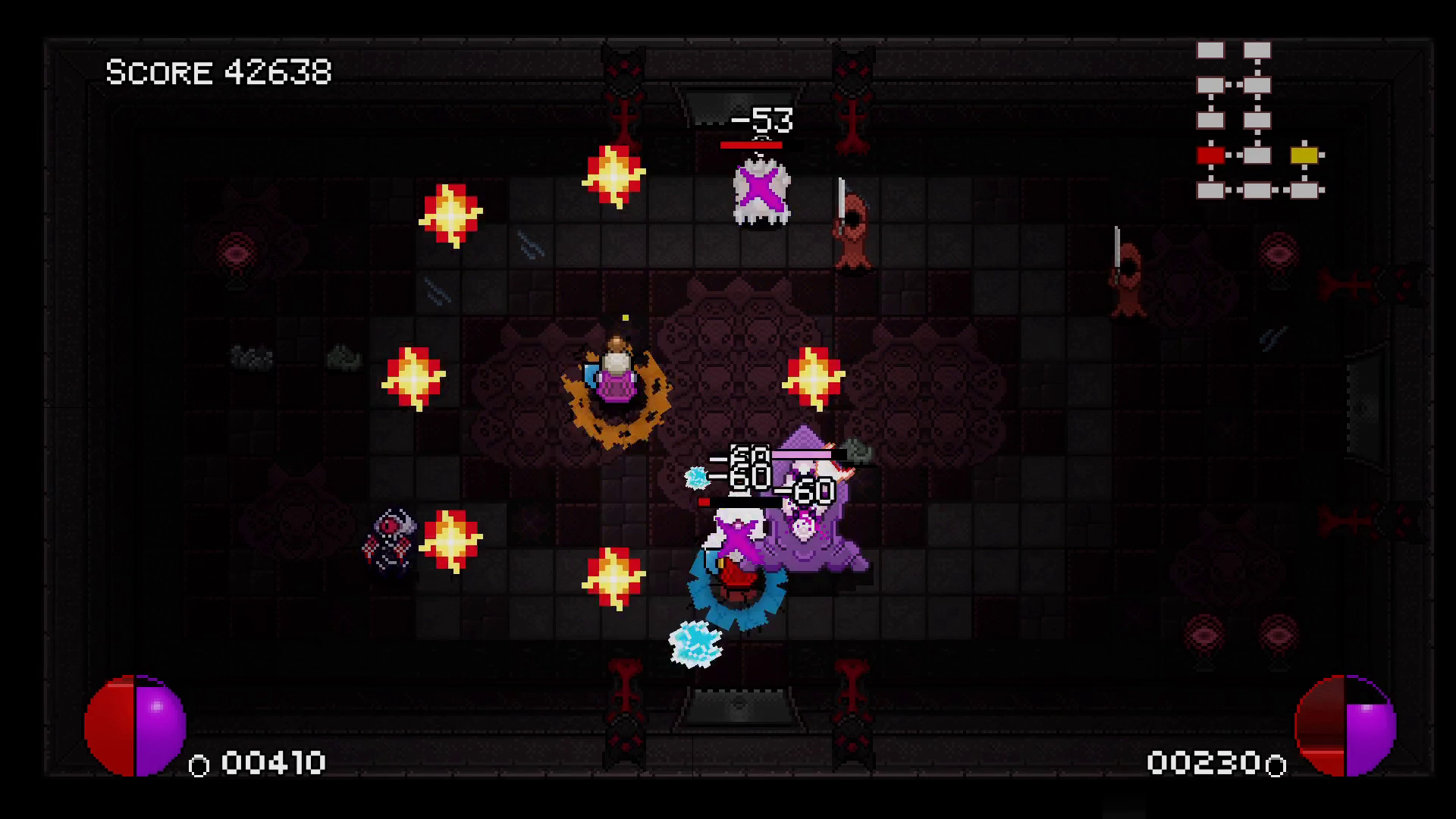 Despite its simplicity, I found Bit Dungeon Plus to be astonishingly addictive. The rogue-like nature of the game meant that no two games ever played the same. The layout of the mazes, creature encounters, weapon pickups and even the bosses were completely randomised keeping each game completely fresh. The ability to save progress as well keeps you coming back for more if you want a longer game although it’s not particularly clear from the menus how to do it (it automatically saves when you exit the game from the pause menu).

Visually it’s a typical retro affair with bold, colourful pixelised sprites and background graphics. Everything is clear and easily identifiable with plenty of diversity between levels and creatures to prevent the game looking bland as you move through the levels. Sound is suitably chirpy with plenty of chip tunes and sound effects, with the style somewhere between the 8-bit and 16-bit era in terms of the sounds used giving the game an unusual aesthetic feel although one that works extremely well.

For those of you who also own a PS4, the game is Cross Buy and while both versions share almost all of the same features, the PS Vita is lacking the local multiplayer mode of its big brother (as can be seen here). To be honest, this is the only real downside I’d say that the game has. I would have hoped that this could have been incorporated through ad-hoc mode using a second PS Vita or locally on the PlayStation TV and if that could be added in a future update the game would be improved immensely. As it stands though, it’s a fantastic dungeon crawler and one of the best rogue-like games I’ve played on the PS Vita for a long time.