Tower Defense games have become increasingly popular on consoles over the last few years and it’s not hard to see why. While offering engrossing strategic gameplay, they’re also the type of game that allows you to pick them up and play for short or lengthy game sessions depending on your mood and because of the nature of the game, they’re adaptable to suit almost any theme.

The games themselves follow a simplistic concept. Taking place on a single screen (or scrollable playing field), you have to defend a base against an oncoming horde of invaders trying to take over it. All you have at your disposal are various troops or weaponry that have to be placed at strategic points to try to stop the impending assault. In essence, each of the levels in any particular game will have a start point (where your adversaries will emerge from) and the end point (your base) and you have to prevent them from reaching this. You will have a set number of “lives” and this is the maximum number of attackers that you can let into your base before it’s a case of game over. 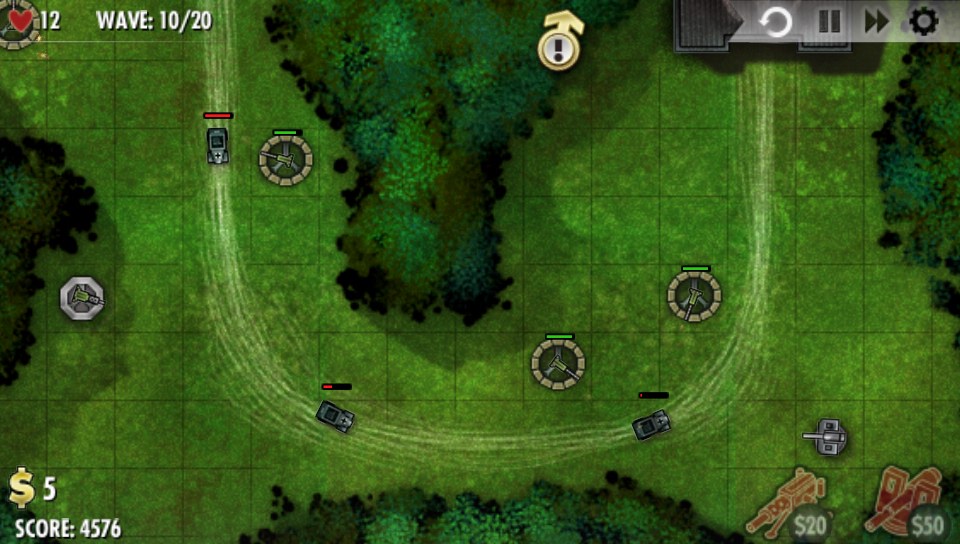 Each of the attacking units follows a set route – or path – towards your base and to defend yourself you have to place various towers (or whatever equivalent the game uses) at points along the remainder of the game’s playing field. Depending on the game in question, not every part of the play area can have defensive units placed on them so you have to think carefully about where you place them and what units you use. At your disposal will be a range of attacking units of different strengths, and some will be more effective against different types of enemies than others. This will be dependent on the game but some will have a mix of air and ground based attackers so some tower units will be more effective against on or the other.

It’s not that simple though. Each of your defensive units has a placement cost attached to it. At the start of each game you will have a very small amount of funds to get you started but this will run out quickly. You earn more as you destroy each enemy unit so you can then buy more as the battle progresses. These funds can also be used to upgrade units that you have in play (increasing damage, firing range or – in the case of some games – repairing any damage they may have sustained). Alternatively, you can sell existing units and use those funds to build other units elsewhere in the play area. 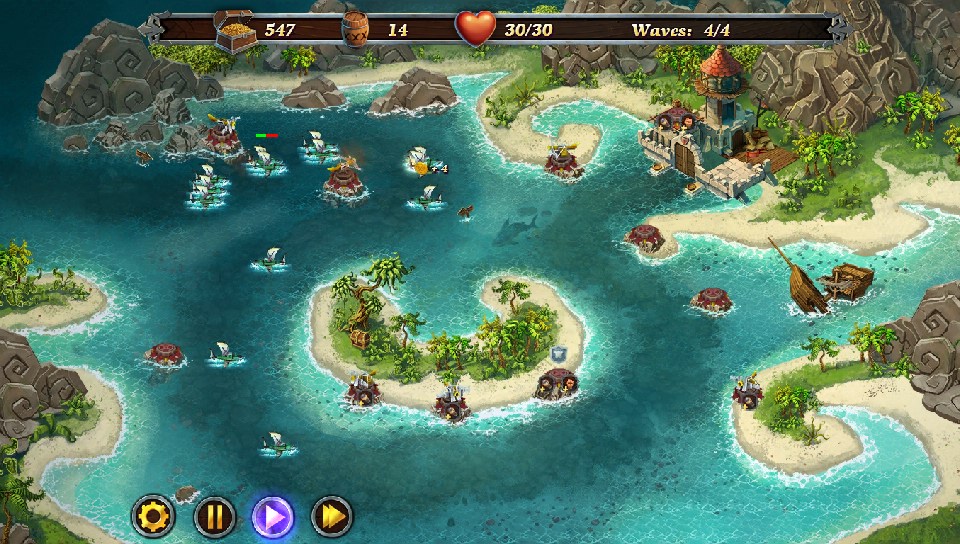 As you play through the attack waves, your adversaries increase in numbers, become stronger and more resistant to damage and move quicker so you constantly need to think strategically over what defensive measures to use, where to place them and whether it is better to be patient and build fewer more powerful defensive structures or a greater frequency of weaker ones. Depending on the strategies you use, no two games will ever play the same.

Once you have successfully defended your base against all of the attack waves in a particular level, you progress onto the next, often with new enemy units being added to the game, new weapons added to your arsenal and tougher challenges.

There will be individual variations from game to game – in game shops, power-ups, extra weaponry, multiple start / finish points – but the basic principle and game mechanics remain the same in all of them so once you are familiar with the game format, you will be able to pick up and play any of them quickly and easily. Also, the themes used from the game vary dramatically from traditional military inspired games such as iBomber Defense on PlayStation Mobile, a pirate setting in Fort Defense, fantasy in the Final Fantasy PSP spin-off Crystal Defenders, or futuristic in the Minis game Vector TD. Regardless, you will find a wide range of games available to enjoy in the genre.