Welcome to the first in a series of articles that we’ll be running here at Vita Player, dedicated to sharing our love for collecting this wonderful piece of gaming history. While the subjects of today’s piece are my own, we’re hoping to open this up so that you can show off your collection, too. Stay tuned for more information! In the meantime, let’s get to it. 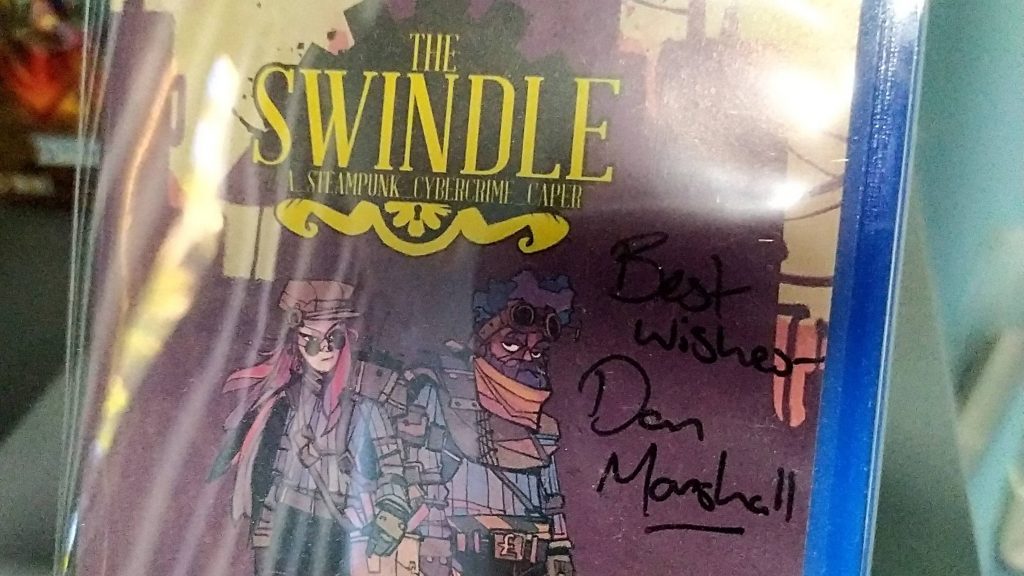 When I was in hospital due to a stomach infection, I was so weak I could barely move. My family brought my Vita to me, and one of the games I had on it, ready to go, was The Swindle. I got an early review code from Curve Digital, the publishers, and I thought I’d fire it up. I grew to love the game, quirks and all. It really reminded me of a lot of what I loved about games: the sense of wonder, unexpected, the “one more time” nature of arcade games.

A long time passed, and along came a Limited Run Games release for the game. Due to monetary reasons, I was unable to get it. I was bummed out.

Years later, I was still following the game’s developer, Dan Marshall, on Twitter. Out of the blue, he says he’s got a couple of copies of the game lying around, and he’d like to give them away to fans. I reached out to him, explained my connection to the game, and he sent me a signed Vita copy of the game.

I know people have a love-hate relationship with social media, and I’m definitely inching closer and closer to quitting my Facebook accounts. But Twitter is actually where I met my wife, where I found out about this very publication, and where I was able to get a signed copy of the game that willed me out of the hospital funk. 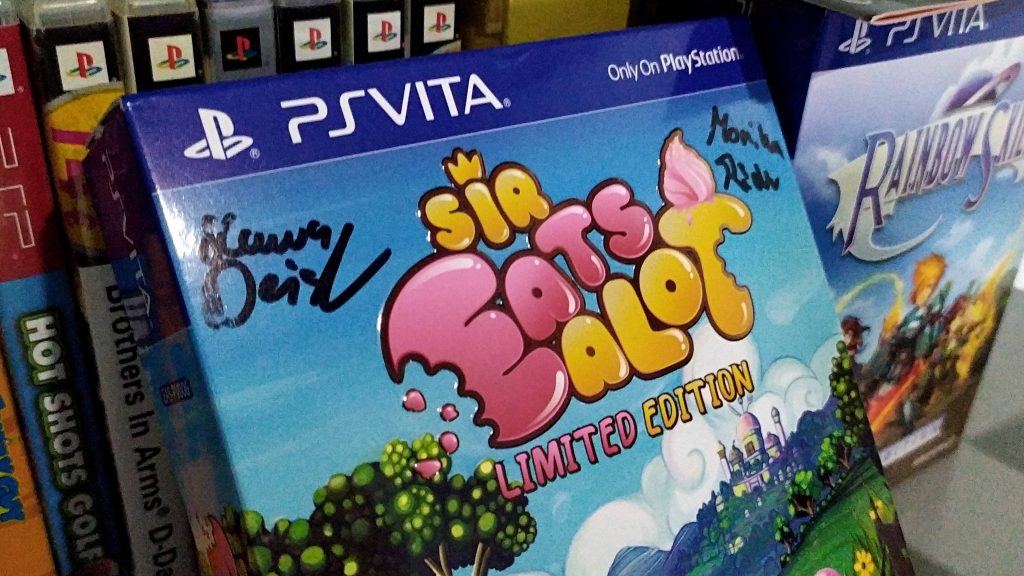 After having worked at Vita Player for a few years, I found myself in Paraguay, teaching English as a Second Language. I thought about more ways that I could earn money by working on things that I love.

At one point, I did the SPA to LATAM SPA localization for Rainbow Skies, an RPG released by Eastasiasoft. I adored the process, and I wanted to get even more involved.

I reached out to a few developers about providing localization services, and Behind the Stone were working on bringing their Vita game Sir Eatsalot to Spanish speaking audiences. I applied, and after a few rounds, I was selected to be the only SPA localizer. 20,000 words (about 40 A4 pages’ worth) of text later, and now, every person on Earth who plays that game in Spanish, will be reading my work. It’s an incredible experience to contribute to something like that.

When I was hired, I asked that, as part of my contract, I be sent an autographed copy of the game (if they were happy with my performance). It didn’t need to be the Limited edition, and I told them they could deduct the cost from my fees.

They very, however, very happy with my work, and sent over a signed limited edition, free of charge.

When I’m not feeling good about myself, I look at that box and it reminds me of a tiny portion of my humor that lives on in Sir Eatsalot. And it makes me happy.

And that’s it for today! We’ll be posting more of this soon. But in the meantime, please share YOUR collection highlights with us on Twitter, by tagging us @Vita_Player and using the #VitaCollectionHighlights hashtags. You could be featured!