At the end of a console’s lifespan many look towards new hardware to continue their gaming fix. For many, brand loyalty is important. So people often progress through a series of systems, hoping at least for some form of backwards compatibility. But when it comes to handhelds – the Vita in particular – we’ve hit something of an impasse. With no successor in place, many have moved over to the Nintendo Switch. But I’m not one of them and I’ll explain why…

It’s understandable that people have made the switch to the Switch. Even our own Marcos Codas has become more of a Nintendo gamer of late as he mentioned in his recent post 3 things the Switch does that the Vita doesn’t. But reading his thoughts, many of his reasons for moving over are exactly why I am happy to stick with the Vita. In fact, I am certain that I will be for many years to come.

What Makes The Vita Better

One thing Marcos talked about in his article were a few advantages that the Vita had over the Switch. While on paper the Vita does still have a few strengths, they’re not necessarily major selling points for me. How games look is obviously important and while the Switch does have a notably higher screen resolution in handheld mode, running at 1280×720 compared with the Vita’s 960×544 screen size it’s an LCD screen compared to the Vita’s vastly superior OLED screen.

For those who want to use the console for more than just games, especially if it’s being used out and about, the Vita has a few more tricks up its sleeve. While the controls aren’t the greatest, the Vita is superb for movie and music playback of your own files that you can transfer over from your PC, as well as compatible movies purchased from the PlayStation Store. One of the real strengths is the Vita’s web browser. Not available on the Switch (a limited one is hidden on the system but only has basic functionality) it’s opened up a vast amount of extra functionality for the Vita. It’s allowed for social media sites like Facebook to be used long after the app was discontinued, practical uses such as using Google to search for list of UK Online casino sites, and while a YouTube app doesn’t exist for the Vita there is a workaround using the browser even giving us that too!

And if all of that wasn’t enough, the Vita’s battery lasts longer so it’s ideal for those who use the Vita while on the go or who don’t want to have to keep charging it every couple of hours.

In its early life the Vita did have some great support from Sony Interactive Entertainment. And granted, that delivered some stunning titles to the console – Wipeout 2048, Uncharted Golden Abyss, Killzone Mercenary and many more. But equally other publishers delivered games that were as good, if not better. No-one could argue that Need For Speed: Most Wanted isn’t one of the finest racing games ever to grace the Vita. We’ve seen an incredible selection of RPGs, both from the West and localised that have originated from Japan. And that’s before we have turned to other game genres. 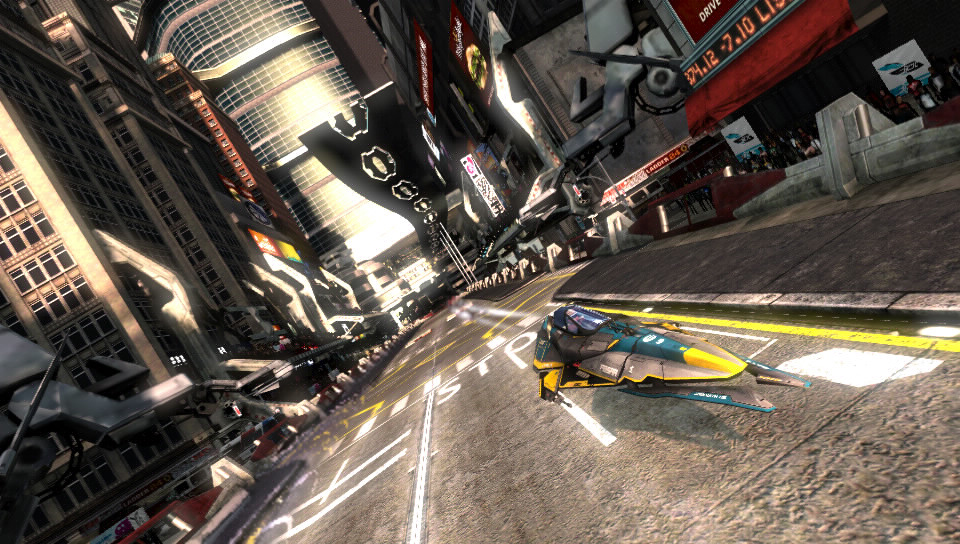 One thing I have found in terms of first party games – and this is more an issue with Nintendo than anyone else – is that they are very reliant on established characters and scenarios. Each new system has an abundance of sequels to existing games or new titles featuring Nintendo favourites. While I don’t deny that the latest incarnation of Mario Kart or Super Mario Bros won’t be a fun, playable game there are times when I long for something new. Nintendo have been absolutely incredible at developing sociable first party games, but as someone wanting a system predominantly for single player titles it’s not really a selling point.

Here is something where – unlike Marcos – I have a very clear opinion where it comes to Nintendo. I absolutely loathe the design of their controllers. With the exception of the Gamecube and Nintendo 64, I’ve never found any Nintendo system comfortable to hold or use. And that includes their handheld platforms. It’s frustrating because it has left me with a lot of games I seldom play because they are just too uncomfortable for any period of time. None of my Gameboy or DS systems have ever travelled anywhere with me, and despite owning a NES and SNES Mini, both have had less than 50 hours use between them. Using a Switch on a TV would make no difference as the controller would still be there. Even with a centre attachment, it’s just too small and uncomfortable to hold.

The Vita? I’ve found it to be one of the most ergonomically comfortable systems I’ve owned for a long time, and I’ve got a selection of grips and silicone skins to enhance that although I’ve never had the need to use them. What’s important to me as a gamer is being comfortable when I play but more specifically how I play. Now, in Marcos’s case what he felt was important was the ability to swap easily between the home and handheld forms of the Switch.

Personally my Vita gaming is done predominantly as a handheld (I’ll explain this in more detail in a moment). I have to travel regularly by public transport (either shopping or visiting family) with journeys lasting anything between 30 minutes and over four hours. In these cases the Vita is a real boredom-breaker. While it’s still used equally at home, being able to play anything from my collection on the go is a godsend. More importantly, while the Switch has it’s Sleep Mode, it doesn’t seem to be as reliable as the Vita’s Standby Mode when it comes to returning to games that don’t have easily accessible save points when you need to have a break in play. I’ve left games for over 24 hours in mid game on more that a few occasions and it’s a feature I wouldn’t swap for anything.

Gaming On The Big Screen

Granted, Switch owners can simply dock the console and start playing on their television set, but I have to be honest and say that the Vita has the edge for me. As well as the Vita my collection is supported with a PlayStation TV. While it’s not used all the time, it’s ideal when I want a more relaxed gaming session with the added comfort of the DualShock 4 controller. For times when I want to take advantage of the enhanced multiplayer titles such as Spelunky or Nidhogg, or make use of the HDMI output for video capture. What’s important to me is to have both devices available all the time and to have options.

Granted, not everything is compatible with the PlayStation TV, but a large percentage of my collection is and I’m more than happy with the ones that do!

This is very much a sore point for Vita owners and has been since day one. The way the Vita’s icon system works doesn’t make this any easier. A fixed number of icons available with some of these used by system functions and any physical games owned. For those of us with large collections it can be a nightmare. While not an ideal solution for many I prefer to have a large number of cards, each themed for different types of games. Yes, I could use Content Manager to store games on my PC until I need them but when I travel I have my entire digital library everywhere I go. And by using multiple cards if one fails I don’t lose my entire collection in one go!

I’m a huge fan of RPGs and I can probably trace that back to the old text adventures of the 8-bit era. People my age who grew up with the Commodore 64, Atari 800, ZX Spectrum etc will know of the classic adventures by the legendary Scott Adams such as Adventureland and Voodoo Castle and it was these that shaped my formative years as a gamer. Now, while RPGs are not a genre exclusive to the PS Vita, it IS an area where the console excels. In addition to a healthy physical collection, I’ve got almost 100Gb of RPGs downloaded to my memory cards with more waiting in my download list. And that’s not counting ones in the PlayStation Store on my wish list, and physical games on my Amazon Wish List that I want to add to the collection. Just from these alone there’s enough gameplay to keep me going for years to come with the Vita so I wouldn’t need any other system.

Home Of The Indies

It has to be said that my interest in gaming has evolved in recent years, just as the content available for the Vita has. For the most part, my gaming passion has moved away from contemporary systems to my ever growing retro gaming collection. I’d say that it’s a combination of gameplay being stripped back to basics, nostalgia, bite-sized gameplay (at least in the majority of titles). Everything adds up to a gaming experience that is more controlled and manageable as my spare time becomes more limited. 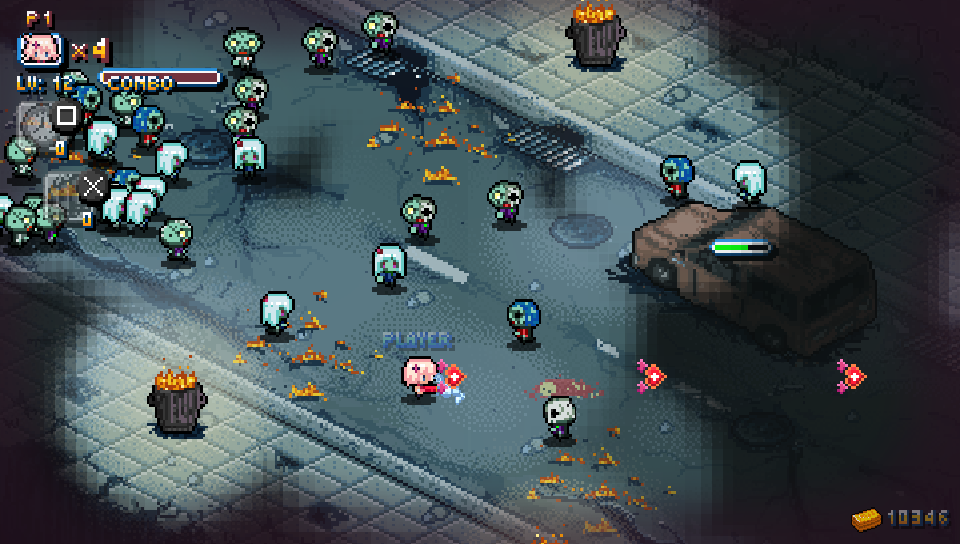 Now where the Vita is concerned I think that’s why I’ve been so passionate about the shift in direction it has taken over the last few years. With major publishers moving away it has opened up a realm of possibilities for the platform. Instead of being bereft of titles, indie developers have stepped up to fill the void. With games often at pocket money prices, and offering something catering for almost ever genre imaginable the Vita really does cater for everything I could want. And with most indie games designed to be played in shorter gaming sessions or being designed with shorter levels in mind, they fit my lifestyle perfectly.

And wrapping things up, I come on to the most important reason why the Vita is not only my preferred choice but why I won’t make the switch any time soon. Family. For the last few years I’ve been a full time carer for my wife. That’s meant a huge shift in how I organise my time. Sitting down in front of the television for gaming now is usually reserved for late night sessions, or times when the rest of the family are asleep. The Vita gives me that convenience to play at any time, anywhere making the most of any spare time I have, no matter what time of day or night. It can be with me downstairs, in the bedroom or with me when I travel and while yes, so could a Switch it’s high performance battery, compact size and the 1,000+ library of games I’ve already got simply can’t be beaten.