I’ve talked about this in the past, but ever since computers and games consoles entered our homes, there has been one attempt or another to bring the excitement of casinos or arcade representations of casino games into our homes. Whether it’s been the the glamour of roulette, the excitement and strategy of poker, or the random luck of slots machines found in the biggest casinos across the globe and that were part of all our favourite holiday destinations growing up, they’ve been a staple part of gaming since the 70s.

That being the case, why have they been – for the most part – absent from the PS Vita? There’s no doubting that over the years our tastes in software has matured. Games that would have been popular in the 80s and 90s simply wouldn’t make the grade today. The slots game Vegas Jackpot released by Mastertronic in 1984 for a wide range of 8-bit systems was a smash hit selling over 300,000 copies across all formats (a huge figure for a debut title) and in fact its latter casino release Las Vegas Video Poker performed similarly well achieving sales of over 125,000 copies. Today, even released for the most popular consoles a game would barely manage a fraction of that. 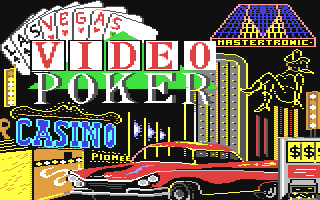 It was clear that a shift in direction was needed for home casino games as games of luck simply weren’t entertaining in a home environment. Playing for cash added to the excitement in real life physically or online on nice sites like yeboyescasino.co.za, but as when playing on a computer screen with no risk it just wasn’t the same. Naturally software publishers needed to move the genre forward so casino-themed games moved in a new direction. As Mastertronic noticed with their second release, there was demand for different games that demanded some skill of the players and we started to see compilations of games. Instead of releasing single titles offering specific games, publishers realised that games were going to be more appealing bringing all of the popular casino games together in one place as a complete package. It certainly worked and ensured that the format was still supported right up until the most recent console generations and while not regarded as mainstream releases, they were still selling in enough quantities to make them profitable for their developers.

The big titles that really garnered support from consumers came about with the surge in popularity of the World Series of Poker. As tournaments started to be televised globally, players quickly became household names and for some bizarre reason poker became an oddly compulsive spectator sport. Watching the matches on television made the games desirable and it wasn’t long before officially licensed titles appeared across a range of formats including most PlayStation systems including the PlayStation 3 and the PS Vita’s “baby brother”, the PSP. For some unknown reason, despite several hundred PSP titles being made available to download digitally through the PlayStation Store, none of these are available for Vita owners.

When it comes to native PS Vita releases things are even more barren but in all honesty this doesn’t come as a surprise. Looking across the entire console market things do seem to have changed again and the entire market seems to have fallen out of love with casino themed gaming once more. Since its launch, only three games have been released for the PlayStation 4, Four Kings Casino being the most notable but there hasn’t been a new release for over a year hinting that the industry is moving away from the genre. It does seem for now that the casino games days are numbered and the games are being relegated to making token appearances as mini-games in larger titles or as something more light-hearted.

That certainly seems to be the case if we look at the upcoming Vegas Party from Funbox Media. Using Las Vegas and casino games and slots you can pay by phone bill as its core theme, the party game has condensed the popular casino titles into something more fun and digestible and accessible to a casual audience. Set for release at the end of 2017 only time will tell if this new approach will help to breathe new life into what has been a flagging genre. We can only hope so and perhaps we’ll see a future for casino games yet…