Recently I discussed the possibility of streaming PS Vita content to platforms like Twitch and YouTube. While it’s something that appeals to a lot of us, it’s something that’s beyond our reach thanks to the constraints of the Vita’s hardware. Streaming is a complex matter made more difficult by the Vita itself, but an affordable option is here that can now give Vita owners an alternative option. The world of YouTube reviews and playthrough videos. The once impossible idea of recording Vita gameplay is now possible at a price we can all afford, thanks to the Ezcap 280H capture card…

One of the Vita’s biggest downfalls is its lack of any form of video output. Later models of the PSP were able to output video to television (or capture cards) but that has eluded the PS Vita. The PlayStation TV rectified this with its HDMI output but that wasn’t perfect. While it was great for gaming it had issues for anyone wanting to make use of it for any other purposes. The PSTV, as with other Sony consoles, used HDCP protection on the signal preventing it from being recorded using any form of capture card.

My Own Video Plans

For a long time I’ve wanted to expand the content that we output here at Infinite Frontiers. We started 30 years ago as a small Doctor Who fan club and have evolved a lot in that time. Fanzines, websites, computer software, conventions – we’ve done them all. But other than promotional use, YouTube had always been an area that we’d left alone. We decided to change all that and bring it back, but reflecting everything we do across all of Infinite Frontiers. If we were going to do it properly that also meant game reviews, and for that we needed a capture card. Enter the Ezcap 280H…

YouTube wasn’t actually our first plan. I wanted to do something with Twitch instead and focus on streaming video games. Initially retro gaming then adding other systems as my set up expanded. You can blame British pro wrestler Joe Hendry for that one. As well as wrestling all over the UK, he’s active on social media, YouTube and Twitch and regularly streamed live gaming sessions for his fans. Watching a lot of these and joining in with the chats inspired me to explore Twitch as an option for us to expand.

That didn’t quite work though. Initially I tested things out with the Commodore 64 and we managed to get the software side running perfectly. An emulator running all the games, streaming software adding a webcam and mic feed to the gameplay and we were all set to go. Come the day of our inaugural broadcast and we found our biggest hurdle. My internet connection wasn’t fast enough. We had a few viewers but while the sound was fine, the video wasn’t. It kept dropping frames and just wasn’t good enough.

So realising we couldn’t stream, we chose to pre-record everything instead. That actually worked out for the best. With a small Twitch account our content was only set to stay online for 30 days anyway so it would be lost after a while. With YouTube we could post anything. As well as new content, we have 30 years of event footage we can draw upon and a team who can film anything they like. Reviews, unboxing videos, vlogs… The potential was unlimited.

Personally I still wanted to do game reviews so I tried to find a system that would work well. Now here was my problem. Both of my PCs are a little old. I’m still using a 10 year old laptop for a lot of my writing and editing for all of our websites. As for my main PC… It’s great for video editing and everything I need it for but that too is about six years old and is running Windows 7. I deliberately refused the free Windows 10 update and most of the capture cards needed Windows 10. As I said before, we really wanted to delve into the world of PS Vita reviews so I needed a workable solution and fast… 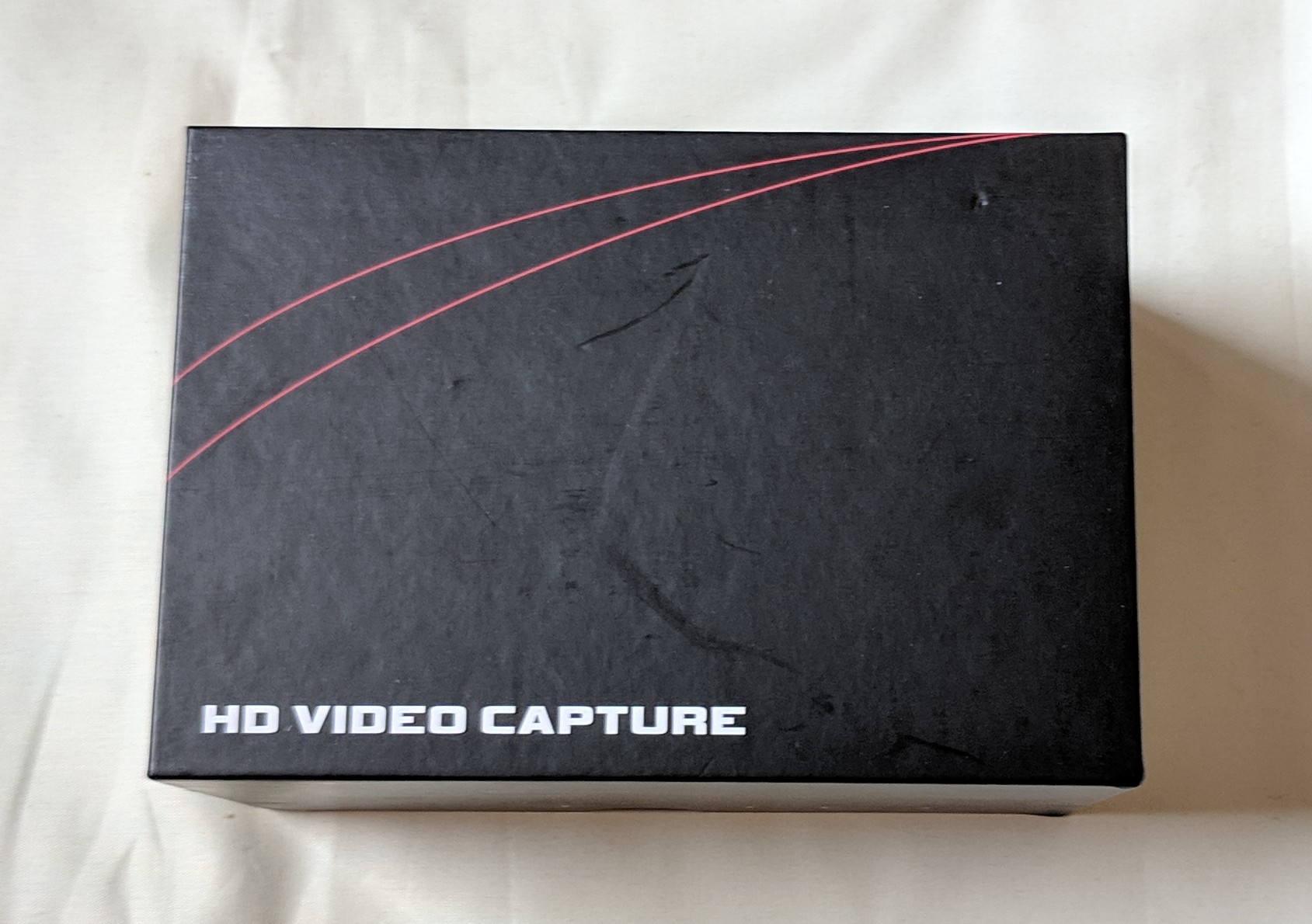 I’d spotted a few HDMI capture cards online that could record without the need for a PC. Pretty much perfect for what I needed. Then I stumbled across the Ezcap 280H from Gearbest. Selling for half the price of the others I’d seen I was genuinely curious to know if it could give me the results I needed. Unlike similar devices, the Ezcap 280H is a standalone capture card and is used without the need for a PC. Plugging straight into the mains for power and then into the HDMI video source, it records video straight to a USB stick or external hard drive as an MP4 file. In theory, capturing Vita gameplay would be a breeze!

Inside the compact box is capture card itself, a brief instruction manual, a mini CD with editing software and a power cable. A choice of two plug types are offered by Gearbest – US and EU. When I ordered the EU version, an adaptor was also included allowing me to plug it into a standard UK mains socket which was a nice bonus. 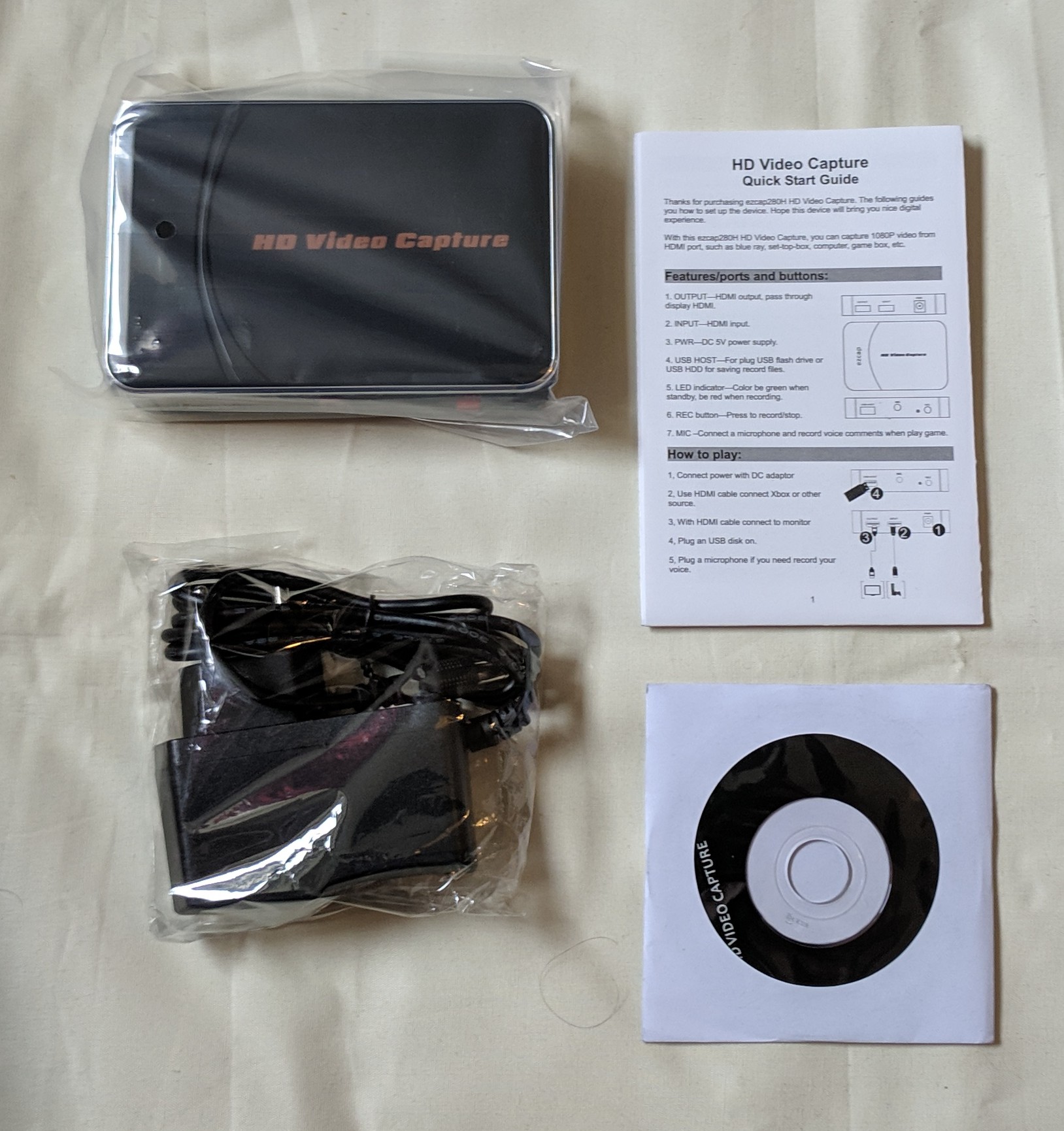