Vblank, the developers and publishers behind “Retro City Rampage DX” (which is PSTV Compatible) and the upcoming “Shakedown: Hawaii” has got in touch to let us know that they’ll have another physical release of “Retro City Rampage DX” on the Vita (the last one, as Sony has ended cartridge production for the console). They also have some cool figures going on sale soon. Here’s the press release:

The big SHAKEDOWN: HAWAII news everyone’s been waiting for will be revealed next week… but in the meantime, I have a few more surprises. Retro City Rampage DX is getting a final run of physical copies for PS Vita! They’re limited to 3,000 units and will be available for pre-order on Wednesday, April 24th at 10am Pacific / 1pm Eastern for $29.99 from vblank.com. Sony has now ended PS Vita cartridge production, so there will be no further copies produced. 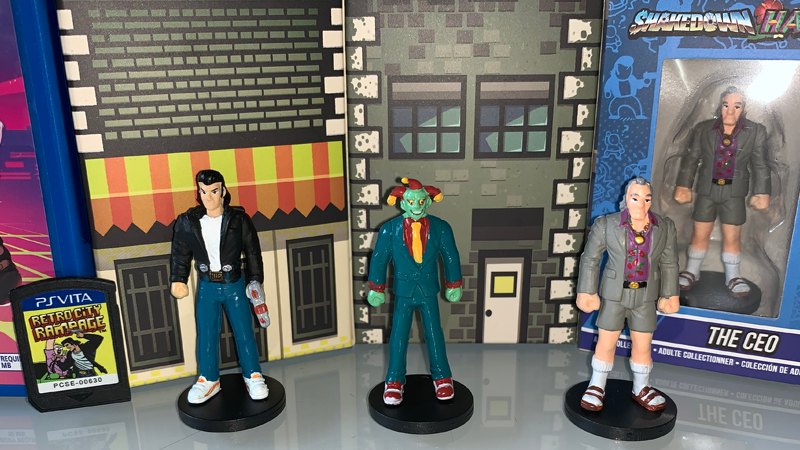 Additionally, these brand new hand painted Retro City Rampage and Shakedown: Hawaii mini figures will also go on sale on April 24th. Each comes with a removable stand and a box that doubles as a building backdrop.

The button sets, will also back in stock…

Finally, Shakedown: Hawaii‘s PS Vita physical copies will also go on sale soon, so stay tuned for an exact day and time. Physical copies for other platforms are also on the table for the future, but the PS Vita ones needed to be manufactured first due to PS Vita cartridge deadlines.

Thanks again for subscribing to scoops on Vblank Entertainment’s games and physical releases! Until next time…

So, will you be getting this version of “Retro City Rampage DX”? Or will you wait to invest your money into “Shakedown: Hawaii”? Let us know in the comments below. Also, let us know if you’ve got the digital version of RCRDX! We reviewed it on the Switch on our sister site Infinite Frontiers and quite liked it.

About Marcos Codas 321 Articles
Lover of portable gaming and horror cinema. Indie filmmaker and game developer. Multimedia producer. Born in Paraguay, raised in Canada. Huge fan of "The Blair Witch Project", and "Sonic 3D Blast". Deputy head at Vita Player and its parent organization, Infinite Frontiers.Like what I do? Donate a coffee: https://www.paypal.me/marcoscodas