Originally announced by Sony Computer Entertainment at E3 2010, PlayStation Plus actually launched in June of that year, after plenty of rumours around a subscription service on the PlayStation Network that went above and beyond the standard free accounts offered to users of the PS3 and the PSP. The idea was to offer services and products linked to the PSN that were utterly unviable as part of a non-paid-for service, to enhance the core users experience.

Launching at £12.99 for 90 days or £39.99 for a year in the UK, the initial feature set was a little lacklustre. The first freebies were PS Minis for use on the PSP or PS3, along with full game trials and some exclusive DLC such as avatars and Cross Media Bar themes. One of the most useful features was the ability to upload your save game files to the cloud, so that you could access them from your account anywhere, and download to a friends console for instance or replace a damaged save file at home. This however was restricted to 150Mb and one full restore a day. One major feature was the automatic updating, which bascially meant that at some point during the night you set it to function, the machine would switch on, go get any new patches and updates, including the software/firmware updates for the machine itself and get them ready for use (installing game updates automatically). It also sends up copies of your save files automatically to the network storage for games you have activated it for. 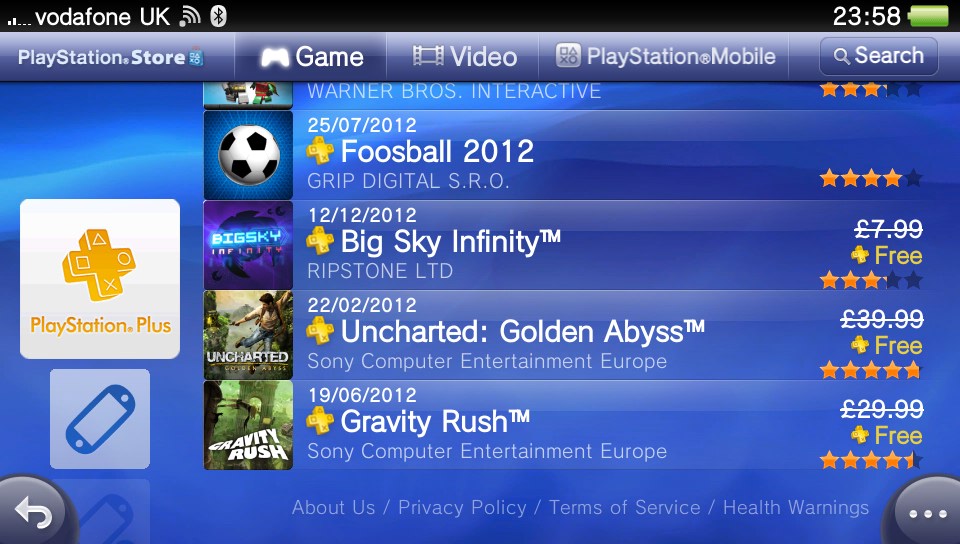 Take up of the service wasn’t stellar initially, even with Little Big Planet being offered by SCEE as a free download (though quite how many people wouldn’t have had it already that wanted it by that point, I have no idea).

Mind you there were plenty of teething troubles and combined with Sony’s usual apathetic marketing it’s amazing anyone knew anything about it other than what the PlayStation Store was telling (read: SHOUTING at) them, it’s amazing they had any at all. Also the general displeasure that the free items were only available for use while the subscription was still active, though perfectly sensible from a business point of view, rankled UK and USA PlayStation Network customers in particular.

The biggest problem was that if you bought a second subscription to extend your current one, but using a different method (for instance 90 day paid by credit card, and then a second 90 days as a code from Gamestation), the content from the first one didn’t follow over to the second period, annoying many a customer.

Ironically the best marketing event for PlayStation Plus was PSN’s worst and one that threatened to sink Sony Computer Entertainment. The 2011 security breach, that shut down the PSN for over a month, meant that SCE offered every PSN account holder 30 days free PlayStation Plus (on top of their current subscription if they had one) as well as two free full game downloads on the PS3 and another two on the PSP if they had registered the machines online with the PSN before the outage. Those free subscriptions gave the users a demonstration of the PS Plus service and many extended their sub following the initial 30 day period.

Soon afterwards the service extended to offer the “Instant Game Collection”. Essentially this was full blown commercial games you could download to your hard disk to play… Which was great, but caused some issues when Infamous 2 was offered, considering it couldn’t be downloaded to a 40Gb PS3 as there was not enough hard drive space on those machines once the drive was formatted to do so, even though it’s only a 15Gb game! Suddenly 1Tb hard disks in PS3s seemed like a good idea, especially with demos of up and coming games being made available to PS Plus subscribers ahead of everyone else! 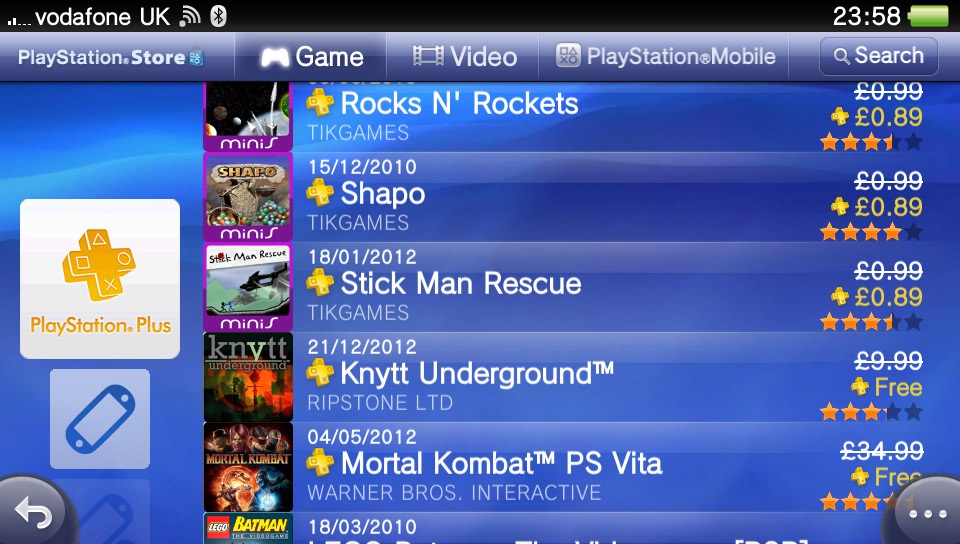 During 2012 the online storage capacity for game saves was increased to 1Gb and it was announced that PlayStation Plus would extend to the PS Vita in November, after a year of some rather decent games being offered as free to download to subscribers. So in November the service extended… One PlayStation Plus subscription covers both you PS3 and PS Vita so long as you are using the same PSN account on both (and why would you not, being as the Vita only supports one user?)

An extra 1Gb of online storage is supplied for the Vita on top of the 1Gb for the PS3 is included, and as with the PS3 you have access to the automatic update system, and various exclusive content. However what you are really after are the games form the “instant game collection”. Not to slouch at launch, SCEE knocked it for 6 with the initial choices.

From launch PS Plus subscribers were treated to arguably the two best games on the format in Uncharted: Golden Abyss and Gravity Rush (though a nice big memory card will be useful!). At the time of writing these are joined by Knytt Underground, Mortal Kombat (9), and Big Sky Infinity (with the PS3 equivalents of all three also available free to PS Plus members, along with Bioshock 2 and others). 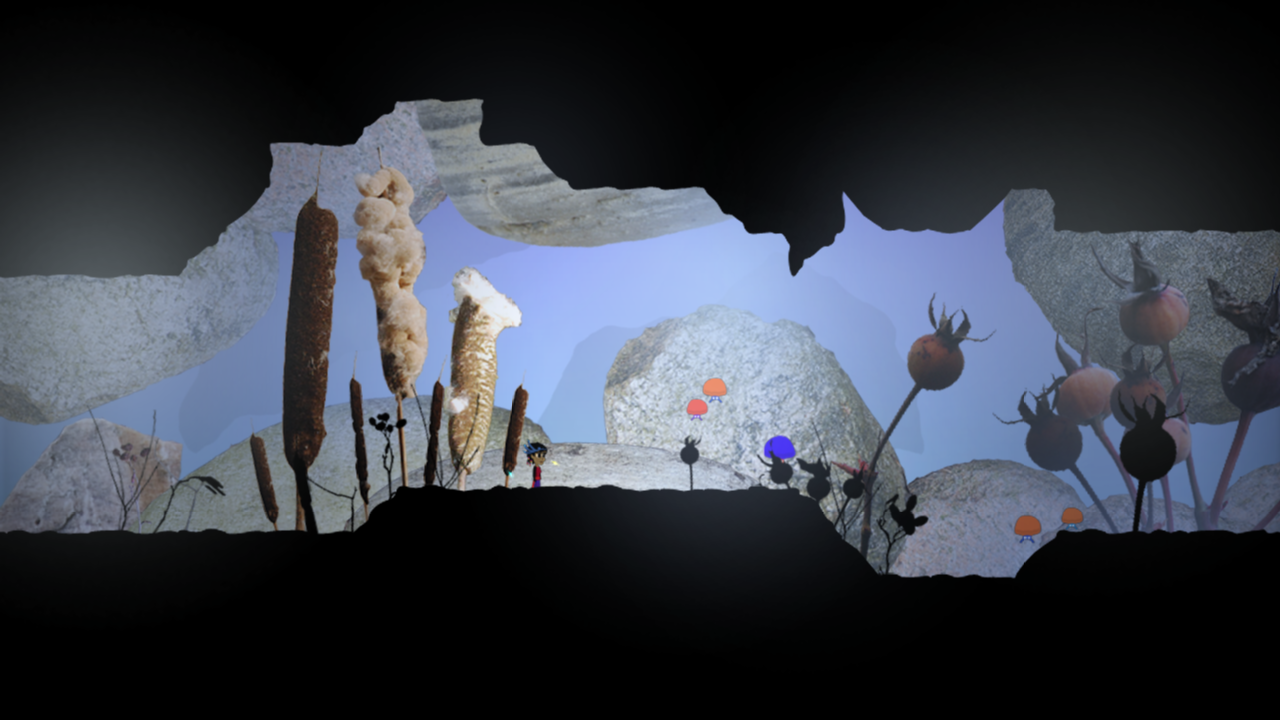 To be frank considering what you do get for your subscription before the “free” games PS Plus isn’t worth it. However A 12 month sub at £39.99 getting you “free” downloads of Uncharted, Mortal Kombat and Gravity Rush – a combined RRP of over £100, it’s suddenly all change. Plus these games you get to keep and play so long as your sub is up to date (and you can keep re-downloading them, or back them up to your PS3 or PC too) and they are changing two games to others every month. Within a few months you suddenly have 6-8 full titles that would have cost you £200 and so on.

The real bargain really, is if you have both the PS Vita and the PS3, because for £40 a year the plethora of functions and games really is fantastic.