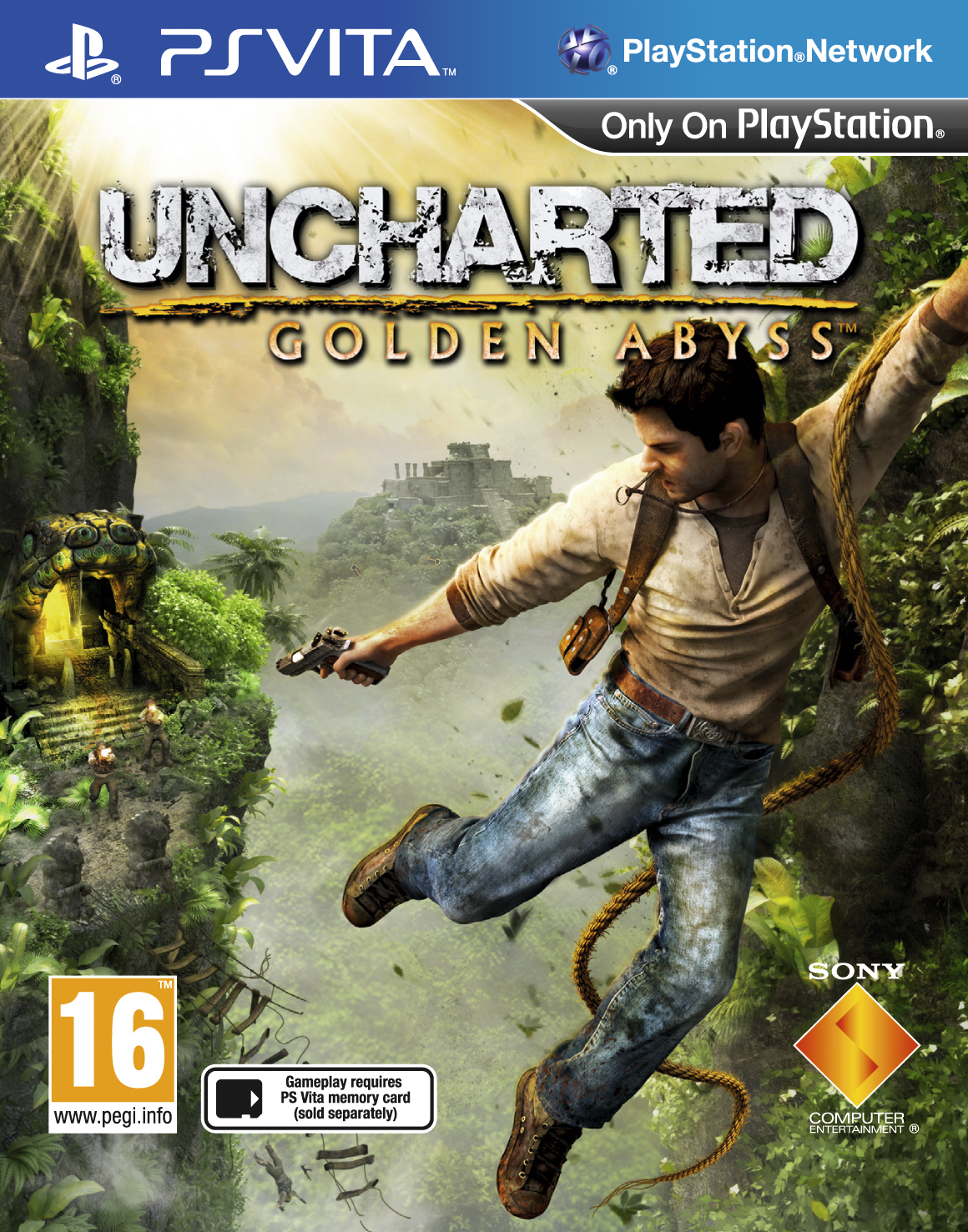 I was worried slightly, I admit. Naughty Dog were not developing this PS Vita version of Uncharted, Bend Studio would be responsible this time around. Would this game come up to scratch? Would it be a stripped down version with no cutscenes or decent sound? Would there be NO NOLAN NORTH??

I tell you what, am I glad George Lucas is nowhere near this. Uncharted Golden Abyss is astonishingly similar to its PS3 brothers in all possible respects and that is the biggest possible compliment I could give it. However this PS Vita version has some of its own clever ideas to boot.

The game itself is a third person adventure that makes use of that second analogue stick just as you would on the Playstation 3 versions. That in itself makes this game much smoother, with you able to control the camera to get the best view possible, it also helps when seeking out those pesky hidden treasures.

The single player campaign is made up of chapters that contain puzzles, hidden treasures and shootouts. These chapters seem smaller than if you were playing a Playstation 3 game, but that lends itself to the portable nature of the Vita and makes it easier to negotiate on small commutes. The game looks beautiful, with some stunning vistas as you negotiate cliffs and ruined buildings. Some other good news is the voice casting is almost as good as on any big budget Playstation 3 outing, with Nolan North returning as Nathan Drake. The story keeps the action localised and moves at a fast pace which compliments the puzzles that slow things down and give you a chance for a breather.

Controls are relatively simple if you have played any Uncharted game on the Playstation 3. You use the twin sticks to move and control the in-game camera,use the shoulder buttons for weapon aiming and firing, while using the action buttons and directional buttons for weapon selection and basic actions. However, you are able to use the touchscreen throughout for many different actions, as well as the gyroscope and camera for other fun segments of the game, which I will not spoil here!

There is no online multiplayer to speak of, but you are able to use NEAR to gather bounties and treasures from the Black Market that you require, this can add to the game as you can request items that you need and obtain them while you are out and about. Downloadable content takes the shape of a treasure map that can aid you in tracking down those hard to find gems throughout the story mode. This, however, is an optional extra that you do not need to complete the game.

I was very excited by the prospect of an Uncharted game accompanying the Vita at launch, and was not left disappointed. The game looks and feels like Uncharted should, and with many of the Vita’s various functions catered for, it is the best showcase of what the Vita can do by a country mile. The only gripe I had, was with the camera challenges which could be quite frustrating to get 100% accuracy, but that is only a minor gripe in relation to the whole game which is near flawless in my humble opinion.

Uncharted Golden Abyss really is the jewel of the PS Vita’s launch lineup. It has all of the elements of its bigger Playstation 3 outings and a few nifty moves of its own that make this a truly unique Uncharted experience that you should not miss. So brush up on your ancient Mayan and grab your fedora, you’re off on an adventure and thankfully there are no crystal skulls in sight!