Despite being the resident pinball fanatic here at Vita Player, I haven’t reviewed as many tables as I would have liked to here on the website so I thought it was about time I started to go back and look at the vast amount released not only as standalone titles but the expansion packs for the Vita’s two premium releases – Zen Pinball 2 and The Pinball Arcade. Bearing that in mind, I decided to take a look at the Season 3 table High Roller Casino for The Pinball Arcade…

Released by the pinball wizards at Stern back in 2001, High Roller Casino – as the name suggests – attempts to bring all the thrills and excitement of Las Vegas into the confines of flippers, bumpers, lights and steel balls. Kicking off, one thing that has always impressed me with The Pinball Arcade when compared with Zen Pinball 2 is the loading times and the table is loaded within a few seconds compared with what feels like an eternity on its rival. Okay in reality that’s not the case and for those old enough to remember the 10-20 minute load times of the 8-bit era modern loading seems like a dream, but it’s still good to see something quite rapid on the Vita. 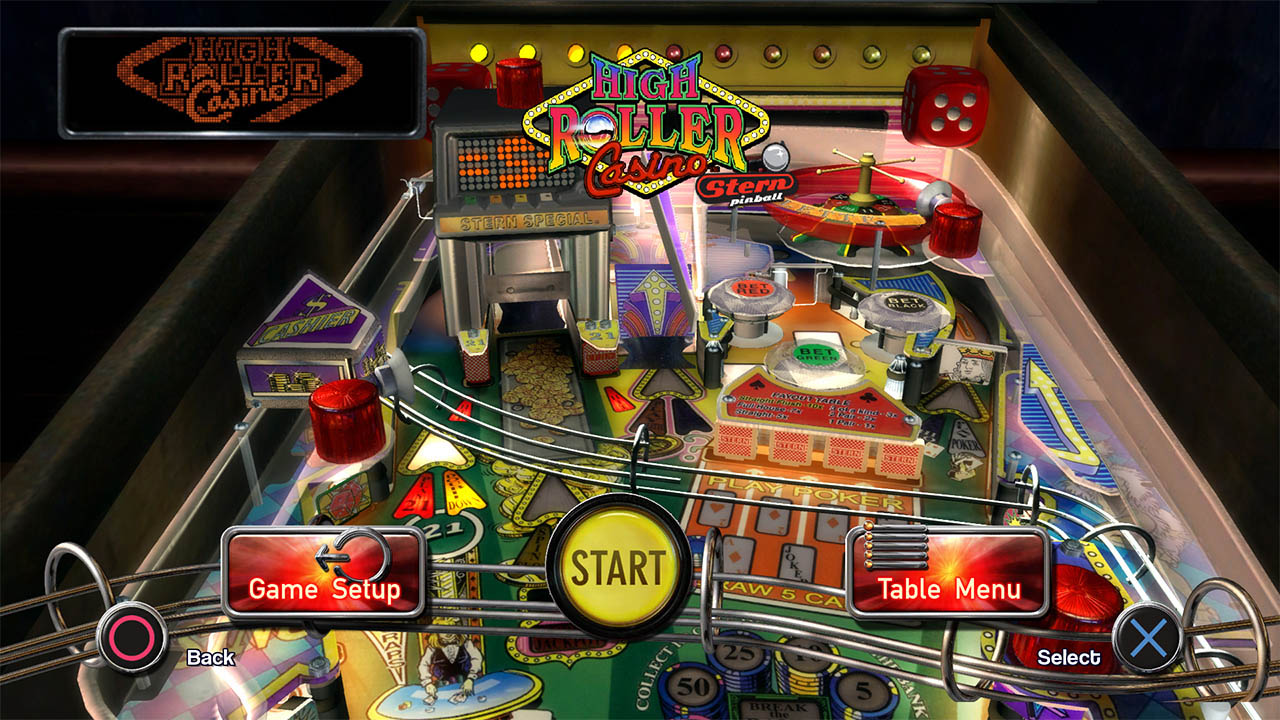 Onto the game itself though and the table sets out to recreate the general look and feel of a casino, with the table graphics displaying several instantly recognisable casino games, and the animated physical elements indicating to the remainder of the six sub-games recreated for the player including a roulette wheel in the top corner (used for bonuses and the start of game skill shot) and a large fruit machine taking up a large part of the upper left part of the table in addition to the usual ramps, ball traps and dual flippers at the bottom.

The game kicks off using a traditional spring-based plunger to launch the ball into the aforementioned roulette wheel to get started with the opening bonus. Instead of the usual skill shots, the bonus is semi-randomised based on the final resting position of the ball. Despite this, the realistic sounds help build the casino atmosphere right away. This continues throughout the game with background sound effects of slot machines, chips being shuffled, casino tables, card games, and commentary from croupiers as you play drawing you into the game.

In addition to game modes and bonuses being triggered by hitting the usual ramps and targets, there are extra modes available. Once activated, the card games are played out on the dot matrix display and are controlled using the flippers providing welcome respite from the on-table action as do the times when the roulette wheel is brought into play to trigger bonuses. The backboard display also has an additional wheel while mainly decorative also acts as a means to allow players to select additional bonuses on offer including huge points awards and activating the extra ball trap. 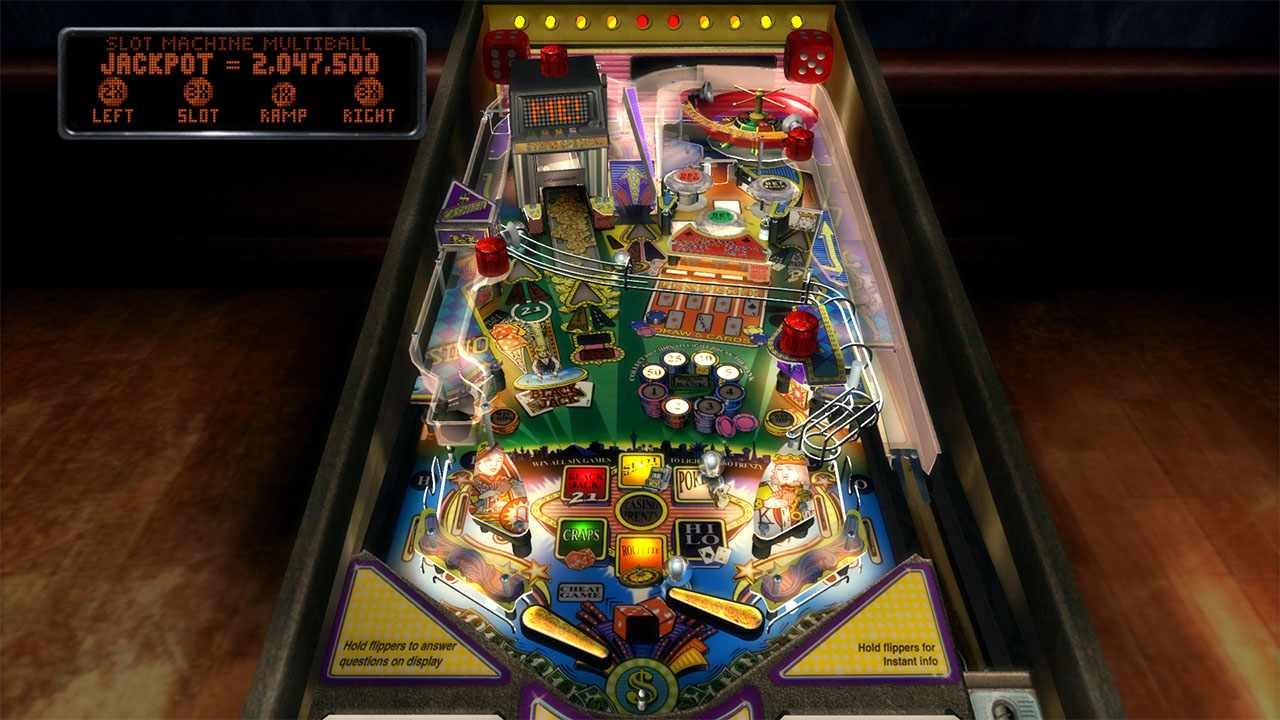 The table can be unforgiving at times with balls being propelled towards the side lanes or centre all too easily, forcing you to rely on the tilt more often that you’d like. Whether that was an intentional part of the table’s original design or not I don’t know but it does prove to be frustrating after a while when the ball goes out of play without you even having a chance to connect with it. And that’s really my pet hate with many pinball games…

Despite being released originally in 2001, it suffers from the same gripe I have with many old tables and those from the early 90s – the lack of a ball save feature at the start of each “life”. While not a deal-breaker, it’s something that wouldn’t have been difficult to have incorporated into the table, just giving players a short grace period to allow them to settle into the game before ball losses counted. It’s a standard feature of tables today and has been with many for a long time so it’s puzzling why this isn’t the case in such a relatively modern release. The design of this table does mean that there are chances where you can lose the ball quickly without even coming into contact with it and this can make it hard to want continue with what is essentially a good table.

Issues aside, it is a fun table and one that you’ll certainly get your money’s worth out of. Not the greatest of tables and the absence of a familiar franchise may put some people off from trying this one out, but don’t let that dissuade you from giving this one a go.

Also take a look at Prime Slot casino for some exciting games and reviews.