I mentioned on my First Impressions article that I was liking Trails of Cold Steel. Well, I can now confirm that this is one of my all time favorite RPGs.

The thing is, it’s just so big, and so engaging, that I wish I could keep playing on and on and on. Do you see the image above? That’s you. On a horse. On a plain. It’s an obvious homage to Ocarina of Time, and I absolutely adore it.

The story follows Rean, a student at Thor’s military academy. He’s from humble beginnings, but discovers upon his arrival at Thor’s that he’s been selected to be part of Class VII, a new pilot program focused on developing new battling mechanics.

I can’t honestly describe how complex the story is without writing a scholarly essay, and I don’t think I need to. I can simply list off some of the topics touched upon by the narrative: classism (discrimination based on social class), friendship, love, totalitarianism, the role of technology in the betterment of society… the list goes on.

If you’re into story-skippable RPGs (and the game is a bit text-heavy, specially at first), you could still play Trails of Cold Steel, but you would be missing some of the best writing I’ve ever come across. 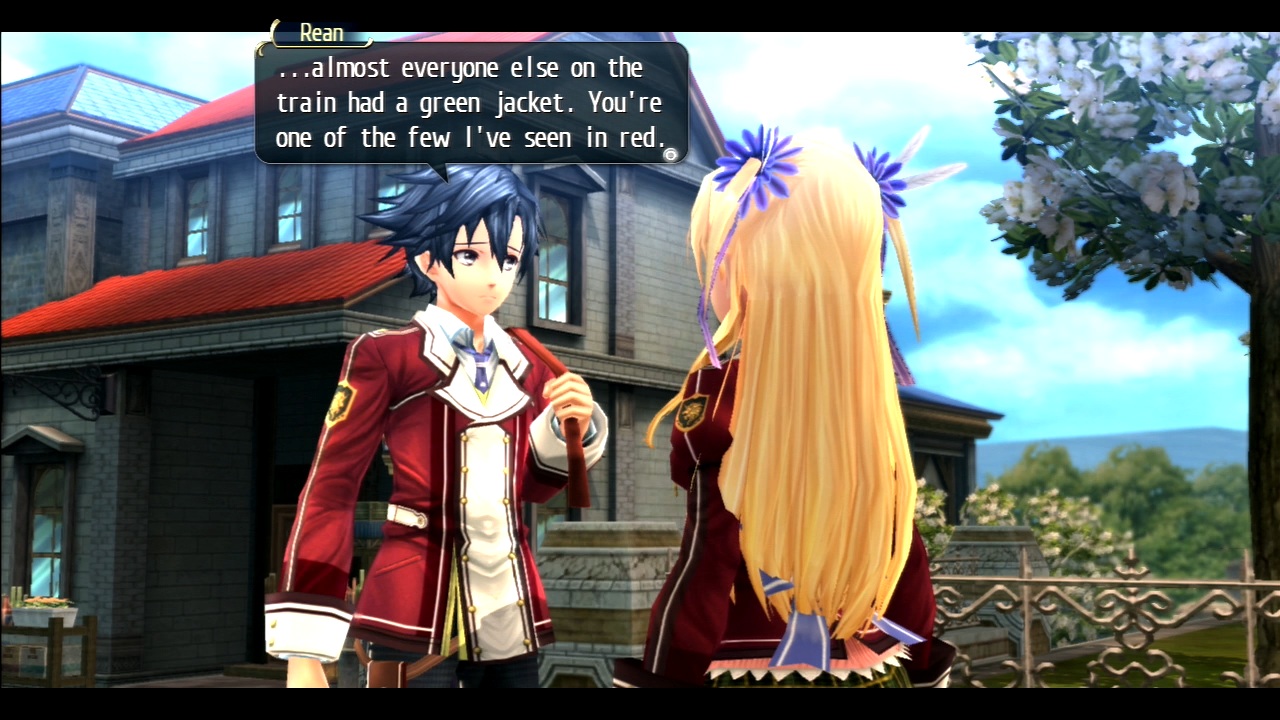 Moving onto the mechanics. If you’re reading this, I’ll assume you have some experience with JRPGs, so I’ll just say that the combat system is turned-based, but includes movement within the area of combat for better use of certain type of attacks.

Another noble thing that I’ve really liked in the combat system is that it has not one, but two “magic”-type attacks. You know the thing: they use “Mana Points” or something similar, and are usually more powerful than normal attacks. The thing is though, there are countless combinations of these moves, including some healing “arts”, stat-enhancing spells, and so on.

There is also a fantastic bonding system, not unlike that found on Persona games. Speaking of nods to Persona, the game also follows a calendar-based system, with days off when you can do what would be normally called “side-quests”, and school days, where you have to even attend classes (it’s a lot more fun than it sounds).

Remember that cool story I just told you about? It has been fantastically localized, and the voice acting is absolutely superb. There are, however, a few spots where everyone’s dialogue is acted out except Rean’s. It seems odd, considering he’s a focal point in the game.

Those side-quests? Oh yeah, they include fishing, cooking and a whole card game within the game. Game-ception? I’d say so, if this still was 2011.

Visually, the Trails of Cold Steel is one of the most beautiful JRPGs to grace my OLED screen. However, there are some missed opportunities to make some colors pop a bit more.

But, alas, I am nitpicking.

If I am completely honest, “The Legend of Heroes: Trails of Cold Steel” is one of my favorite games of all time. I can’t wait to jump back into it and discover even more of what the game has to offer.

If you have even a remote interest in Role Playing Games, Trails of Cold Steel will be one of the best purchases you’ve ever made. And if you are, like me, a fan of the genre, then hold onto your shorts and buckle in for what is sure to be one of the most memorable experiences on any system, let alone on a handheld.

About Marcos Codas 320 Articles
Lover of portable gaming and horror cinema. Indie filmmaker and game developer. Multimedia producer. Born in Paraguay, raised in Canada. Huge fan of "The Blair Witch Project", and "Sonic 3D Blast". Deputy head at Vita Player and its parent organization, Infinite Frontiers.Like what I do? Donate a coffee: https://www.paypal.me/marcoscodas