Video game titles are meant to inspire players. They are supposed to either indicate what a game is about, or to entice you into wanting to play it. To tease as to what the game may entail. At the other end of the spectrum we’ve had some utterly bizarre choices for game names that have been equally memorable. No-one can forget Fat Princess: Piece Of Cake, for example. And this latest game I’m taking a look at is another that falls into that category – the platformer Sigi: A Fart For Melusina… 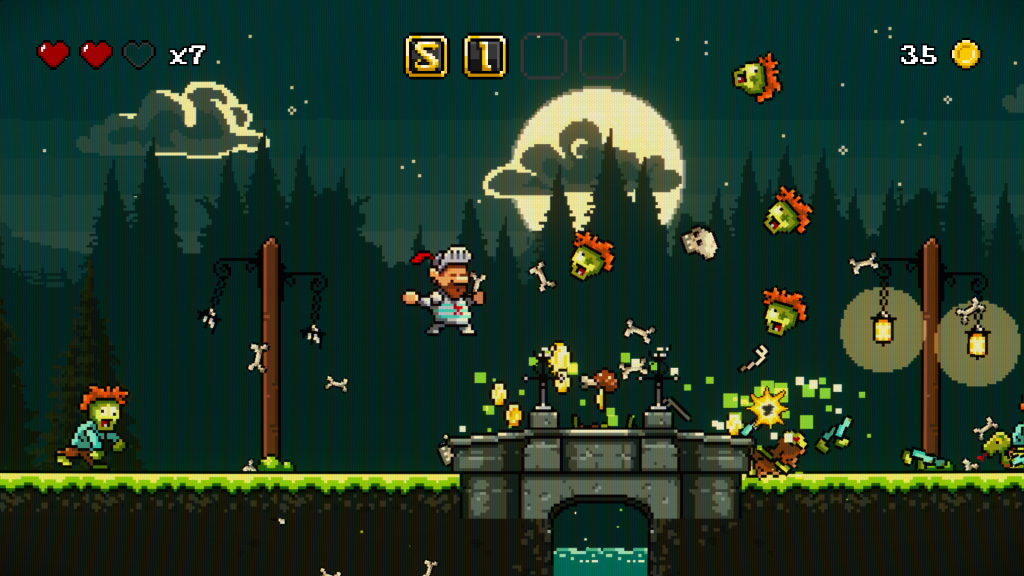 Sigi: A Fart For Melusina – The Story

As with any platform game, you’d expect it to have a story behind it and Sigi is no exception. Here you take the role of our flatulent heroic knight who is off on a brave quest. In a typical platform game cliché, he is out to save the love of his life – the mermaid Melusina. What ensues is a side-scrolling platform game, filled with strange creatures to avoid and defeat, coins to collect, secrets to find and bosses to defeat. And all in the name of love…

The game, developed by Pixel.lu, has a retro 16-bit look to it. For those of you who grew up with classic arcade games in the 80s as soon as you start playing you immediately feel at home and it looks and feels remarkably like the Capcom classic Ghosts ‘n Goblins. Now this certainly isn’t a bad thing as the 80s platformer is still held in high regard today. From the beginning the game not only resembles the seminal classic, but even uses similar weapons. Within a few minutes, combining this and the charming visuals and I was already drawn into the game. 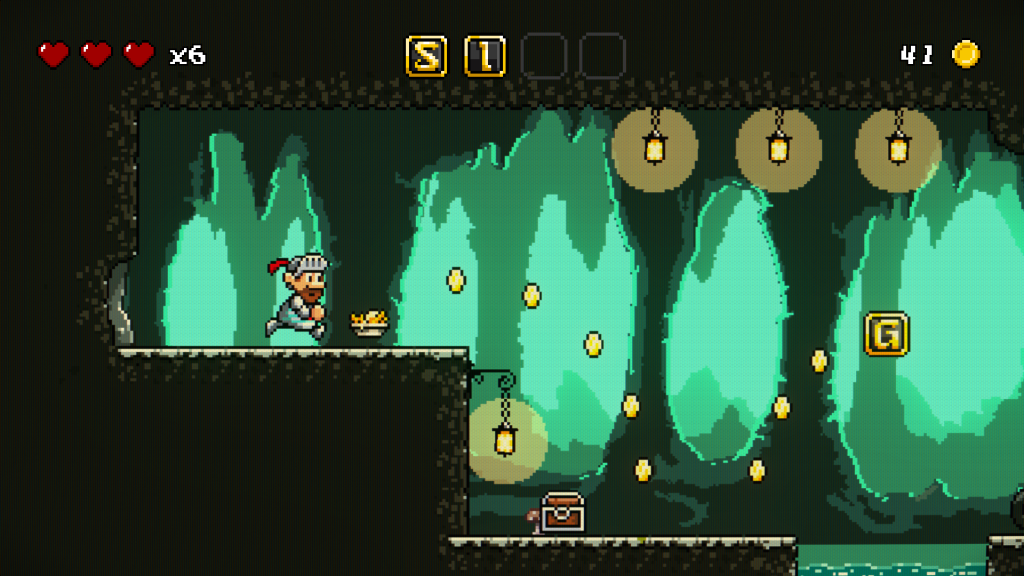 Despite being an obvious homage to Ghosts ‘n Goblins, there’s much more to Sigi – A Fart For Melusina. You start off with a limited number of lives at your disposal but these can be increased during play. Extra lives can be found in bonus chests, or earned for every 100 coins you collect. In addition, tiles are scattered around each of the game’s 20 levels spelling S-I-G-I. Collect all four on each level to be awarded another life.

Lives aren’t the only things that you need to be on the lookout for though. Food can be picked up to boost your health. There are a range of weapons to be found as you progress through the game, each with their own strengths and weaknesses and plenty of hidden treasures to be found.

The developers are obviously fans of the Mario franchise. As well as coins, there are hidden areas to be found in each of the levels. Some are easier to find than others, but they all contain extra coins, and often other surprises and bonuses for collection. There are also the obligatory bosses to be encountered and these appear every fifth level. They vary from the absurd to the surreal and while they can be tough at first they’re not impossible to beat. There’s plenty of humour mixed in with each though and it’s clear that the game never takes itself too seriously. 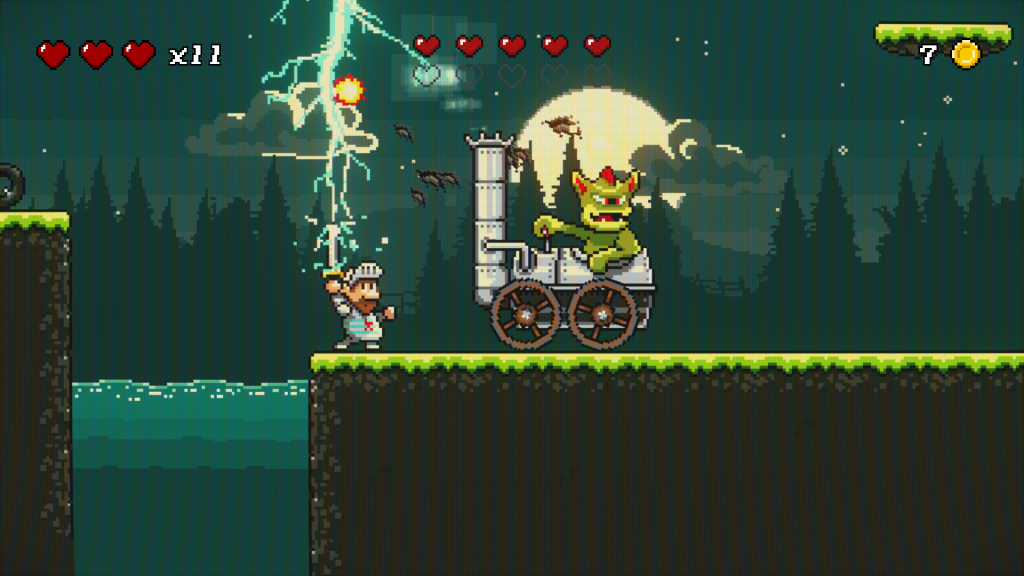