The first thing you’ll notice when booting up Green Game: Timeswapper is its bold Limbo-esque art-style. It’s hard to not be enamoured by its green and black monochrome approach: the copious hues of green give the game an eyecatching, unique aesthetic.

The game also comes sporting a fantastic, rocking soundtrack. Its foot-tapping jazz and catchy melodies helps to complement the game’s terrific art-style and I’d genuinely be interested in picking up Green Game’s soundtrack if iFun4all Ltd ever released it piecemeal – it’s really that good. In general, the presentation within Green Game has got a lot going for it.

Story-wise, there’s very little going on, particularly if you’re like me and haven’t played the first game. You are a mechanical bird that wants to get somewhere and there’s some kind’ve crazy scientist dude who I’m guessing is your creator. The scientist tinkers with your mechanical innards and gives you a sort’ve time-manipulation upgrade and then promptly releases you on your puzzle-filled journey. It’s basically all a little nebulous and perfunctory really, but hey it’s all about the puzzle gameplay, right? 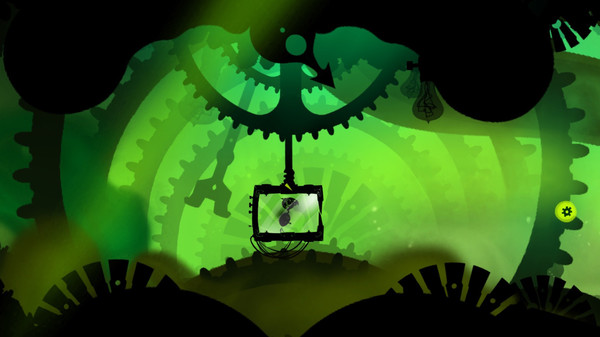 On the gameplay side of things it stands up fairly well, but unfortunately touchscreen control issues sucks a lot of the fun out of the later, more elaborate, unforgiving levels. At its core, Green Game: Timeswapper is a fairly standardized, touchscreen scrolling puzzle game where you have to control the direction of a mechanized bird and get it safely to a safe-house on the other side of the level. You control your robot bird by manipulating time, which is done by swiping the touchscreen of the Vita.

The main rub when controlling your little mechanical bird is that it can only travel in linear movements, so it is your job to make sure it doesn’t get spiked or squished by the dangers that litter the environment. This boils down to activating and de-activating steam pipes, windmills and spiky traps. The steam pipes do however, prove to be rather handy as they are a means of adjusting your little mech-bird’s angle as he maneuvers the various obstacles the game throws at you. Maneuvering the obstacles is the core puzzle mechanic of Green Game and the puzzles are all very well designed and will definitely give your noggin a good work-out. There are also three collectibles per stage that are optional, but are tied to specific trophies and will help give completionists a little more incentive to replay the game’s 50 levels. 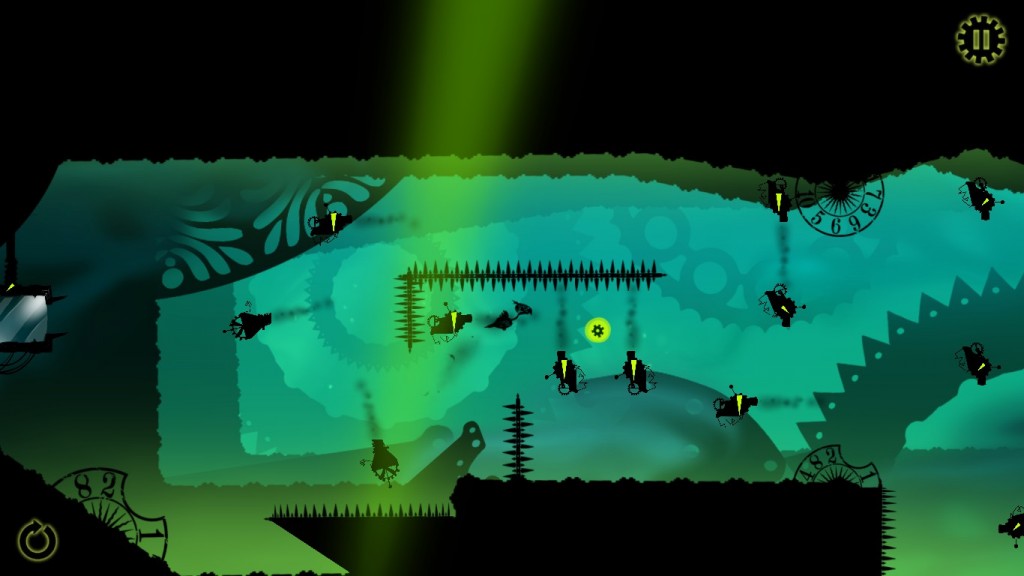 Now, my main issue with the game is a pretty straightforward one: the controls. Green Game’s controls are entirely touch-based. Thus, there were a few occasions when the finicky touch controls would miss one of my inputs and that was it; goodbye mech-bird. It’s not a huge deal-breaker as the game instantly restarts the level a la Limbo, but when some of the later levels involve fairly dexterous quick-thinking, it does become a bit of a drag and threatens to de-rail the whole experience.

Purely from a mechanical view-point, Green Game is also a somewhat shallow game. Its origins as a mobile game are quite obvious and despite the glimmers of freshness here and there, particularly in regards to its wonderful art-style and music, it’s all sadly undercut by the game’s acutely so-so moment-to-moment puzzle gameplay.

Ultimately, Green Game is a pleasant, inoffensive, though slightly shallow, pocket puzzler that may prove to be a nice, bite-sized distraction for any hardcore puzzle connoisseurs out there. Those on the fence however, aren’t really missing out on much and should be content to let this one fly under their radar. 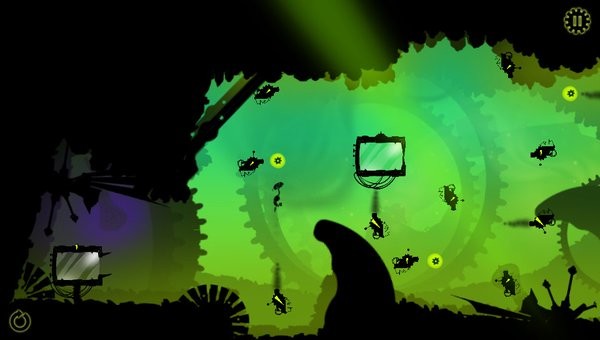