The software industry has changed dramatically over the years. Competition is rife and publishers have to be a lot more competitive and aggressive when it comes to selling their games and ensuring that they become profitable.

The reality is that modern games, especially those released at retail, have a much shorter shelf life than ever before. Stores have a limited amount of space to display and sell the latest products focusing more on items that have long-term earning potential and products with higher profit margins. These days this means clothing, accessories, gaming related gifts and vouchers and the high-profit second hand market.

This smaller sales window means that publishers have to maximise the income from their releases in every way possible. On a digital level this is usually gradually through sales and offers and as the game nears the end of its digital shelf life being distributed through PlayStation Plus as we’ve seen countless times in the past but what’s crucial for most is making the game profitable while new players are still passionate about it.

Back in the 80s it was a much simpler time, although easier financially as well. Development teams were smaller and producing games were less costly. If publishers wanted to make more money from a popular game they just released a sequel (and looking at the FIFA franchise, we all know how that has turned out). Things started to change in the mid-80s when publishers started to release data disks and expansion packs for their games. The era of DLC had begun.

Over time, we’ve transitioned from expansion disks to the era of digital distribution and this is where we are today. It’s become all too common for publishers to release games and then bombard gamers with a flurry of post-release content to provide a steady income stream. You can’t fault the logic behind it. It means that even an average selling title can do just as well for a studio as a major seller as long as it can establish a loyal fan base who are likely to keep buying content and continue to invest in the game after making the initial purchase.

In some cases it’s just a case of a few extra levels being released gradually over time to keep people purchasing content to extend the lifespan of the game but in others the DLC seems to be little more than adding frivolous content that makes no difference to the gameplay but just cosmetic changes and just seems to be an opportunity for publishers to wring the last few dollars out of an unsuspecting audience. Other publishers have notoriously released games in what feels to be a partially completed state only to offer the rest to gamers as DLC. Understandably, players have felt obliged to purchase it to finish the game off… or sell the game on and move on to something else.

With the PS Vita we’ve seen DLC that covers the entire spectrum of these types of releases. One of the launch titles, the visually stunning racing game from Bandai Namco Ridge Racer was criticised on release, not for its quality but for its brevity and lack of content. While the core game was featured on the cartridge and digital release it was limited to just a few cars and tracks making it evident why the game was released at such a low price. It was only upon looking on the PlayStation Store that we quickly discovered that the remainder of the game was available as DLC including additional tracks, cars, music and paint schemes. While it was reasonably priced, it would have been more acceptable to have bundled all of this in a single release from the beginning. 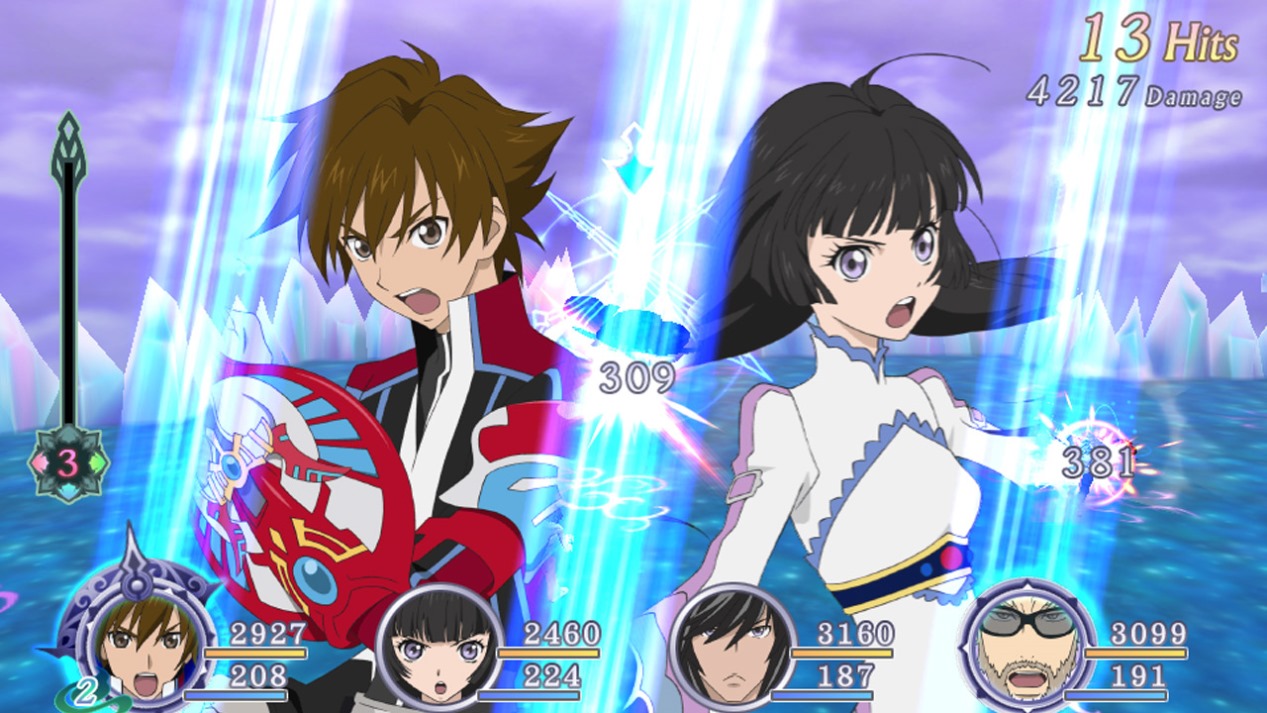 I certainly don’t object to paying for content that has been developed post-release such as new levels or game modes or in the case of RPGs extensions to the existing storyline but most seem to just offer new costumes and character accessories (such as the endless packs released for Tales Of Hearts R or Dead Or Alive 5 Plus) or – more astonishingly – bundles of in-game currency. While this has only happened a few times for commercially released games it has been a worrying trend in the last couple of years and it is a worrying sign for the games industry.

I can appreciate the need for it when it comes to the Free To Play market. Android and iOS games are very difficult, if not impossible to sell to the target market these days who sadly expect software for nothing. If a mobile game is a paid for product the chances are that it will sell in very small numbers making it a commercial disaster. The market has been driven by a desire or expectation that everything on mobile devices should be free so developers are forced to generate income by other means. Some make use of in-game advertising and hope that their games are played enough to make this viable, but others rely on microtransactions. Whether this is through the sale of in-game currency or items essential to play or those that ease progression, character upgrades or simply things that enhance the gameplay experience it doesn’t matter. The key thing is that games need to offer something that makes the games so addictive that its core audience feels compelled to spend money to get further in the game than they would just by playing alone.

The Vita has seen relatively few of these so far – Sony Interactive Entertainment has made sure of this as they have a strict policy that games released must have some sort of charge attached to all releases – so games that are truly free aren’t allowed to be released on the PlayStation Store. The only issue really is whether the transactions are worth paying for and make a difference. As with their mobile counterparts, in most cases in-game currency is the primary returns for investment in the game, paid for out of our PlayStation Network Wallets, credit/debit cards, PSN top-up cards or PayPal. At the moment, Sony Interactive Entertaiment haven’t taken the plunge to use other funding methods or dipped their toes into the world of cryptocurrency. Considering the number of places out there now who do offer this as an alternative, even to the point of offering Bitcoin bonus codes for customers, it’s time Sony got on board to bring their payment options up-to-date.

(Related: To leanr more about PayPal and its role in buying bitcoins, click to read)

One of the earliest titles that made an appearance on the PS Vita as a free release was the side-scrolling endless runner variant Jetpack Joyride, a personal favourite of mine, was a single full purchase as a PlayStation Mini release but when it made the move to the PS Vita it adopted the F2P model and offered a range of options for the player including in-game currency and an add-on allowing players to double currency earned during play. 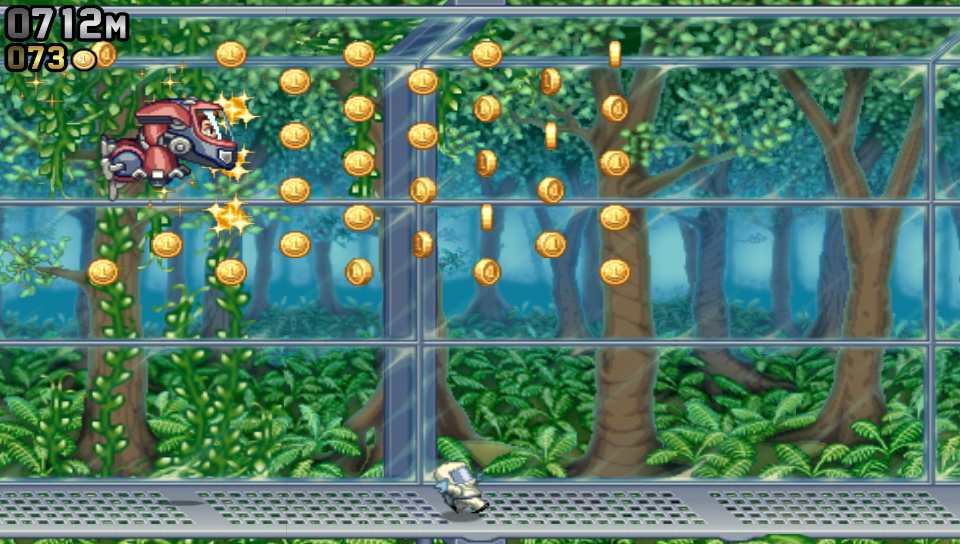 Others are less beneficial offering currency that has a single usage in-game. I do have to question the majority of games online when it comes to the use of microtransactions, especially as there is the constant risk of games being deleted or servers being shut down without warning leaving gamers unable to play the games they have invested so much money in. Fortunately Vita owners have been lucky so far with only one such game suffering this fate – the incredibly popular Destiny Of Spirits which was downloaded over a million times – was removed with just one month’s notice leaving angry gamers worldwide who had invested heavily in the online game. At least every other title so far with Free To Play mechanics has been able to be played without requiring any form of online connection.

Ultimately are companies really that worried that gamers won’t pay for full releases of their software anymore? Certainly when it comes to the PS Vita publishers should know by now that we’re hungry for almost any game and I’d say that we would probably be happier paying a few pounds for a game like Run Sackboy Run rather than be reminded throughout play that we can pay Sony Interactive Entertainment money to progress further in the game. It’s this constant pressure that’s not needed and makes F2P so unattractive. Being asked to pay is bad enough but being nagged continually about it just gets in the way of wanting to play the game, steering us to look elsewhere for our entertainment.

It’s time for more honesty from the industry and when it comes to DLC, far more transparency when it comes to what is and ins’t included at launch and what we actually need to be able to complete the games and what can be classed as a luxurious bonus.

About Simon Plumbe 879 Articles
Husband, father and lifelong geek. Originally from the West Midlands, now spending my days in South Wales with my family and a house full of animals. Passionate about video games, especially retro gaming, the Commodore 64 and PlayStation Vita. Love pro wrestling, sci-fi and I'm an animal lover and vegetarian.Enjoyed this and my other articles? Why not buy me a coffee: http://ko-fi.com/simonplumbe